For these standings we use the revamped Gonzalez system, but I also included the time honored Champ system for ease of reference. There’s currently a discussion and vote going in the Executive Board for alterations to our NCDA Ranking Algorithm, which has been used for seeding the Nationals bracket for 2016 and 2015 (plus a proto system used for 2014). The accuracy for the Nationals bracket for the two years was 93.75%. The predictive accuracy for the new Gonzalez system is currently 80.16% (196 technical upsets / 988 ranked matches).  END_OF_DOCUMENT_TOKEN_TO_BE_REPLACED

The East Coast region will finally see its first set of games this weekend on Sunday at Towson University.  All of the teams participating are from Maryland and Virginia, which includes Towson, Maryland, Virginia Commonwealth, and Stevenson.  This tournament should prove to be tightly contested, and great opener for the East Coast.

END_OF_DOCUMENT_TOKEN_TO_BE_REPLACED

This week kicks off the first tournament of the year for teams of Nebraska, DePaul, and Platteville. The Cornhusker Clash should be a blast and should provide some quality games for the teams participating. The last time that Nebraska held a tournament was two years ago and Platteville and DePaul attended. These teams all have experience which makes this a much different tournament than two years ago.

Let’s take a look at the teams at the Cornhusker Clash.  END_OF_DOCUMENT_TOKEN_TO_BE_REPLACED

We have two big tournaments on Saturday, and two more on Sunday. Today we’ll preview the Buckeye Invite happening this Sunday in Columbus. We’ll use the same 75% carry over we used in the Shootout preview earlier this week.  END_OF_DOCUMENT_TOKEN_TO_BE_REPLACED

To kick off this weeks massive amount of games played (23+ matches in 4 geographically distinct locales), here are the exchanges for Death Valley! SVSU gets a plus 3 to their rating here for hosting. GVSU/CMU will be close; we don’t get to see this #1 and #2 matchup on a neutral court very often. The closest match of the day may go to CMU/SVSU with a rating gap of only 2.101 going into the day. And I’m personally looking forward to the JV match at the end of the day. All the matches this Saturday will count big for their team ratings.

The Gonzalez Ratings used in this preview are slightly different from previous years. We’ve adjusted the ratings from the start so that a team retains 75% of their rating from season to season. The remaining 25% is reverted to the mean for a particular season. Overall in this 75% carry over system, there’s been 189 technical upsets in 964 total ranked college dodgeball matches, a successful prediction rate of 80.39%. This is compared to the 81.74% success of a total rollover system we’ve used in the past.

While this system is less accurate in terms of the current data, the 75% figure is based on data reported by the Member Teams themselves. Averaging together, team player retention between seasons about 75% of their roster. This added variable helps give the system more “applied mathematical” accuracy that could be more accurate over time. Currently it’s a very small 1.35% variance, only 13 in 964 games.

Maryland Dodgeball Classic will be held this Sunday, April 3rd. It seems they share a similar acronym with the Michigan Dodgeball Cup. Heh. MDDC?

We still have a number of games that will be played on the Saturday before at OSU’s event. These team’s exchanges won’t change because they won’t play any of the competitors at OSU, but “total” numbers may vary ever so slightly because there will be more total ranked games and possibly more upsets.  END_OF_DOCUMENT_TOKEN_TO_BE_REPLACED

We’ll see some great regular season matches this Saturday. Although no particular straight even pairs are seen, we have a handful of rating gaps that are not out of range for the lower rated team. Interestingly, Towson’s home court advantage boost may put them in range to upset JMU and MSU. Upsets here are not unreachable and will allow Towson to make advantageous gains in a number of systems, take a look at a full rundown after the jump!

END_OF_DOCUMENT_TOKEN_TO_BE_REPLACED

A very similar event to the Ohio Dodgeball Cup on the surface, but let’s scratch a bit deeper. There’s plenty of tests on the Gonzalez system here. First, we can take a look at how a #2 team performs against three teams that average a gap of 17 under CMU. Among 963 games there is a strong predictability that these matches won’t be upsets, all of those would fall in the top three largest exchanges.

END_OF_DOCUMENT_TOKEN_TO_BE_REPLACED

This will be the sixth Ohio Dodgeball Cup on record, continually held at slightly rotating locations since 2011. Some people might draw comparisons to the earlier held Michigan Dodgeball Cup, I get it. But I don’t think that comparison is really fair. This is a different set of teams, a different set of traditions, a different caliber of dodgeball with a similar name. It was two Ohio teams that claim the first intercollegiate dodgeball match in history, touted as the Battle for Ohio Dodgeball Supremacy back in March of 2003. But I’m from Illinois; the teams could tell me off and that’d be fine. Let’s look at the Gonzalez exchanges for this event: END_OF_DOCUMENT_TOKEN_TO_BE_REPLACED

END_OF_DOCUMENT_TOKEN_TO_BE_REPLACED

Check out the potential exchanges according to the Gonzalez Ranking System.  END_OF_DOCUMENT_TOKEN_TO_BE_REPLACED 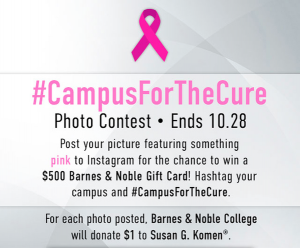 Alrighty, for Akron’s Pink Out tournament we have a lot of teams with similar ratings! Aside from Kent, most teams playing at Akron this Saturday have a average rating of 39.287 and a median rating of 38.585. That’s quite balanced… even with a spread of just 5.991 rating points from the highest rated team to the lowest rated team. In comparison, the League spread is 25.742 END_OF_DOCUMENT_TOKEN_TO_BE_REPLACED

JV and B team matches are recorded, but do not count towards primer standings.

You may note there’s a lot of potential exchanges at the minimum, 0.010. This is a sign that those matches are not between teams of similar strength. Over the years, I’ve found our East Coast region to be a sort of microcosm of the entire League. You may also note that JMU’s home rating (57.207) rivals GVSU current neutral court rating (57.357). That’d be a #1 and #2 in Gonzalez rating if GVSU has a chance to visit JMU’s home court again.

Since the Rugby World Cup is going on, i’d thought we’d highlight the Gonzalez exchanges for yesterday’s matches. The Gonzalez System uses the same rating exchange system that the International Rugby Board (IRB) uses to determine rankings for its teams. World Cup games are worth double just like our Nationals games are.

First, the initial ratings before the day’s first match:

With home court advantage, GVSU gains 3 rating points to bring them to a hefty rating of 62.202 versus MSU’s initial rating of 51.009.  END_OF_DOCUMENT_TOKEN_TO_BE_REPLACED