Game 1 began with Grand Valley looking very much like the #1 team in the country, as they picked apart the solid SVSU roster to claim a 2-0 lead at the half.  SVSU was able to make the second point a bit closer, but overall, GVSU used a controlled pace to pick off one Cardinal at a time in each point.  The big takeaway from the first half was how disciplined GVSU looked.  Very few mistakes were made from the Lakers, as their leadership and experience were on full display. END_OF_DOCUMENT_TOKEN_TO_BE_REPLACED

On November 17, 2018  at the IM Sports East (804 E Shaw Ln, East Lansing, MI 48825) some of the top teams in the country battled it out at the Spartan Invite, hosted by Michigan State University. There were several close matches and several teams that surprised. Let’s take a look at the results for the day. END_OF_DOCUMENT_TOKEN_TO_BE_REPLACED 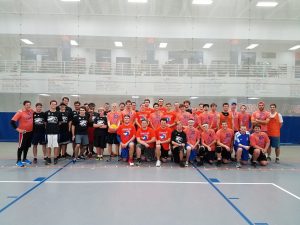 END_OF_DOCUMENT_TOKEN_TO_BE_REPLACED

Before getting into Coach Fettig’s recap, here are the results from the Grand Valley Gauntlet:

the following recap was written by gvsu coach dylan fettig:

END_OF_DOCUMENT_TOKEN_TO_BE_REPLACED

Last weekend two teams of the Midway Conference went head to head in a double header to get their seasons started with a bang. The two teams in attendance were the Nebraska Cornhuskers (UNL) and the Platteville Pioneers (UWP). Both teams battled it out and in the end UNL def UWP 4-2 and UNL def UWP 3-2. Let’s break down the tournament.
END_OF_DOCUMENT_TOKEN_TO_BE_REPLACED

The first weekend of NCDA Dodgeball is in the books, with events hosted in three different regions on opening weekend.  In the Michigan Region, Michigan State University hosted a five-team tournament titled the Michigan State Open.  This tournament, which featured all four Michigan schools plus Kentucky, was very competitive, and yielded some surprising results.  Before we dive into the recap, here are all the final scores from the games that took place in East Lansing last Sunday:

This tournament, as mentioned above, did not go exactly as planned.  According to the Gonzalez Rankings, there was only one technical upset (UK over MSU), but if you asked anyone that follows College Dodgeball closely, a few results from the tournament stood out as major surprises.  Below is a recap of each official game that took place at the Michigan State Open, along with an “All-Tournament Team” listed at the end of the article: END_OF_DOCUMENT_TOKEN_TO_BE_REPLACED

This past Sunday, four of the East Coast’s finest met in Towson to square off against each other. The result? An exciting start to the 2018-2019 season. So without further introduction, here’s a recap of how each team fared over the opening weekend.

If you asked anybody at the tournament, Towson was the most impressive team there. They came in prepared, organized, and confident, which showed over the course of their three games. They started the day out with a 6-0 victory over UVA, which would essentially serve as a warm-up game for both teams. The Towson squad over-matched UVA from the first point on while overpowering and out-witting their opponent. Their next game was against JMU, which looked to be the matchup of the day. It was a back and forth affair to start where each team scored a point and it remained that way until halftime. After that, the Tigers took off and ended with a 6-1 victory over the Dukes. David Guare and Jordan Watt looked the part of First-Team All-Americans and absolutely dominated this game. Towson ended their day with a decisive 2-1 victory over Maryland to finish the day unbeaten. Towson looked like the best team at this tournament, played like the best team at this tournament, and will look to carry that momentum into next weekend’s tournament at Penn State.

END_OF_DOCUMENT_TOKEN_TO_BE_REPLACED

It’s been several days since teams returned home from NCDA Nationals 2018.  The season’s final tournament did not disappoint this year, with a record number of teams in attendance and plenty of unforgettable games.  The Content Team has plenty in store for you over the next few weeks, but to start, here are my initial thoughts from this past weekend’s tournament: END_OF_DOCUMENT_TOKEN_TO_BE_REPLACED

At the Rectification last Sunday, March 25, several teams went head to head to show off their skills and show who was the best.   The results of the matches were surprising at times with some very competitive matches.  The following teams that took part in this tournament were: GVSU, CMU, SVSU, MSU, GVSU Alumni, and UWP.  Here are the results for the ranked matches for the day. END_OF_DOCUMENT_TOKEN_TO_BE_REPLACED

Last Saturday, the teams of University Nebraska- Lincoln, DePaul University, and University of Wisconsin- Platteville competed at the CDO also know as the DUI.  Below are the results of the day.

END_OF_DOCUMENT_TOKEN_TO_BE_REPLACED 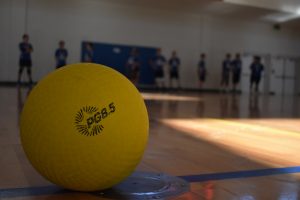 The University of North Georgia hosted Georgia Southern University and the University of Central Florida this past weekend at the UNG Gold Rush.  For UNG, it was a chance to flex their muscles and prove once again they are the top contenders in the South.  GSU looked to add to their win total for the year, and prove they could compete with their in-state competition.  As for UCF, this was a great opportunity for them to get their feet wet, as it was their first match in program history.  Overall, it was a fun and simple event which gave us some insight on the younger programs in the country.

END_OF_DOCUMENT_TOKEN_TO_BE_REPLACED

On Saturday February 24, one of the great tournaments of the semester occurred between two teams, University of Wisconsin- Platteville and University Nebraska- Lincoln.  It was another matchup between the Cornhuskers and the Pioneers and UWP got the best of UNL.  Here is how the games went overall this weekend.

END_OF_DOCUMENT_TOKEN_TO_BE_REPLACED

The BEAST has always been an exciting tournament which brings out top level competition and memorable moments for many teams.  While this year’s tournament didn’t have the upsets and big surprises last year’s had, it certainly had some spectacular plays and thrilling finishes.

Ultimately, the biggest takeaway is that we are starting to get a clearer picture about where each team on the East Coast stands relative to each other.  It was also a good opportunity to see four potential MVP candidates in action and get a better idea of how the MVP race will play out, along with looking at some other potential All-American players.

END_OF_DOCUMENT_TOKEN_TO_BE_REPLACED

The following was written by North Georgia’s Kyle Dattelbaum:

This past Saturday, the University of North Georgia and Georgia Southern University took long voyages to Northwestern State University of Louisiana for NSULA’s Mardi Gras Madness Tournament. In result, the league found some answers about the unknown South Region of the NCDA. Five matches were played between the three squads validating each school to become eligible to compete at Nationals come April. The day began with in-state rivals UNG and GSU going head-to-head, and concluded with NSULA playing two matches against the traveling teams each. Below will be my takeaways along with captain’s opinions on how their squads performed: END_OF_DOCUMENT_TOKEN_TO_BE_REPLACED