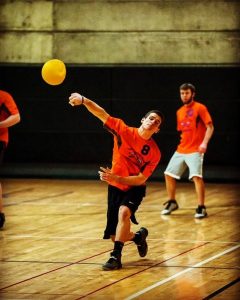 This semester, Matt Bautch, a great player and one of my best friends, graduated.  He did a lot for our team, which deserves recognition.  For the last 4 and a half years he has been one of Platteville’s best players, and most of the teams who have played against him can agree. Matt was always a very quiet individual and didn’t talk much. In our first few weeks of practice as freshmen everyone called him blue because no one knew his name (He always wore the color blue to practice, hence the nickname Blue).  I can remember walking back to the dorms at midnight after practice while I talked and he just listened.  He wasn’t much for words, but then again, he didn’t have to be, he let his play on the court do his talking.  Matt had one of the strongest arms in the league and could catch about anything thrown his way.  It was always fun watching him go up by himself and push the other team back to the back line.

He wasn’t only a great player, but an excellent leader. In his last year, he was voted captain and we couldn’t have picked a better person for it.  Matt always led by example in the way you should play on the court, and also the way one should act off the court.  As captain, he watched his teammates and provided feedback to them to develop their game.  In our rebuilding year, he was a big help to me even though he wouldn’t think so.  He did the little things to help me out, whether it was to book the hotels or cars, put in place the drills, or simply just talk to me about dodgeball.  For Matt, it was no problem he just did it without question, which is what made him a great leader for the team. I never had problems with him and we were always on the same page.  As a leader, he knew how to have fun and that had a positive effect on how our teammates performed.  Lastly, what made him a great leader was that he had respect for everyone and never made anyone feel like they shouldn’t be there.  In the future I hope the rest of our teammates play with as much passion for the game and respect he had for everyone on the court.  It will make us one tough team to beat.

This is what former UWP Captain Alex Swedowski had to say about Matt. 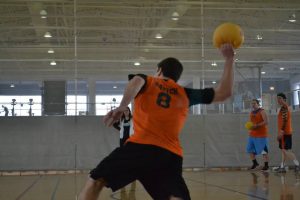 Matt Bautch… he was a guy who never said much.  Of course, that is because actions speak better than words.. and his actions were vicious… in a good way.  When he would goof around and throw balls between his legs… he was still better than many people.  He always found a way to inspire everyone around him.  I never saw him get frustrated once!  He patiently waited until the next game and took it out there.  So, if I would sum him up, I would have to say: passionate, genuine, and tactical.  As a friend, he seemed to be the guy that never wanted to stir anyone’s Kool-Aid.  He just went with the flow.  When he would say something, it was usually witty and had a lot of merit to it due to the sheer fact that he never spoke more than he needed to.

Matt was a great dude.  I respected him a lot.

Here are what a few people in the league had to say about Matt.

Tyler Hamilton (Co-President of DePaul)- “In my opinion, Matt Bautch has been one of the most underrated players in the league for a few seasons now. He has one of the hardest throws in the league and can throw from several different release points, which has made him a constant threat in our matches against UWP. I’m happy that he is finally getting some much-deserved recognition for his abilities on the court.

Kenny Mize (current player of SVSU and NCDA content writer)- “The one guy to watch out for on UWP!”

Jacob Leski (Director of League Expansion and Retention)- “One of the few players I’ve gone against that I never tried to mess with. Had a mind of steel.  Nothing could get to him.”

Kevin Bailey (NCDA Chief Content Writer)- “I know that my teammates and I always respected Matt, and viewed him as one of the best players in the country. He had the ability to impact a game in a huge way thanks to his strong arm and great catching skills. Matt was always one of my top choices when it came time to vote for All-Americans.”

Colin O’Brien (Senior Content Writer)- “Matt was a major reason why UWP almost upset MSU in the first round of Nationals in 2013. The next year when we once again met in the first round, I tried to take him out early in the point. He caught me and then proceeded to mow down one player after another with his strong arm. I’m thankful UWP didn’t have another player like Matt, otherwise they probably would have knocked us out in the first round both years.”

If anyone else in the league played against Matt and wants to leave a comment below about the type of player he was, please do. 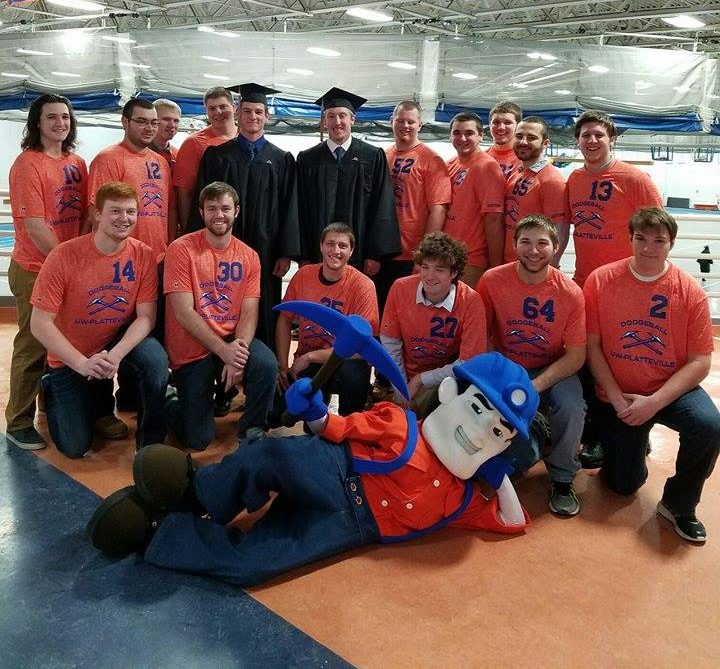