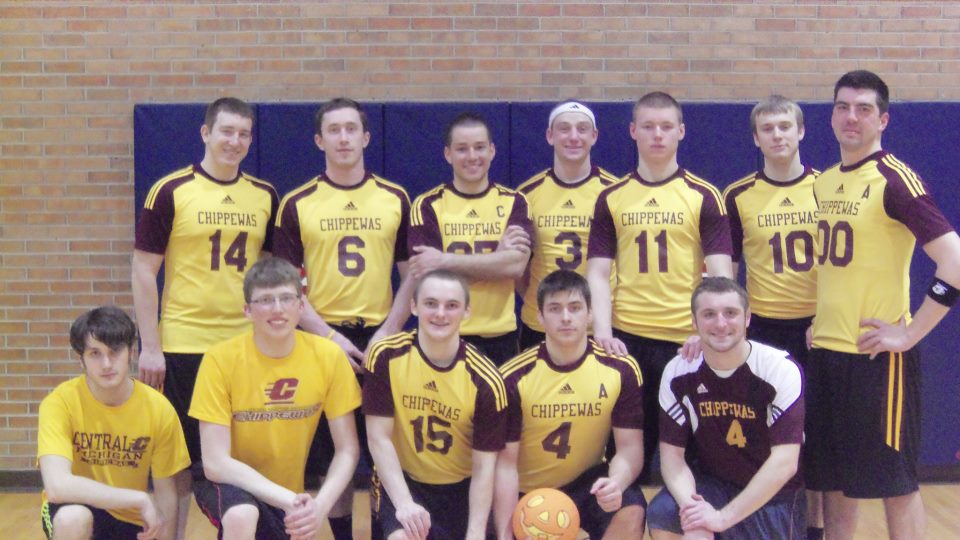 Despite playing with less than a full 15 men most of the season, CMU was able to go 6-9 with some solid wins.

The Chippewas were led by Wes Peters, in his first season as captain. Their first tournament was the BGSU Invite, and they fared decently well. Despite losing to GVSU (7-1) they knocked out Miami (7-1) and BGSU (7-1) thanks to some strong catching and good young talent. They also received a bid to the MSU Invite, and they went 1-2 there. The Chips once again beat Bowling Green (4-1) but took losses to Kent (5-0) and MSU (8-1) despite leading the Spartans in that game.

Central had a long layoff between the MSU Invite and their next tournament, the Michigan Dodgeball Cup. Although they didn’t pick up any wins at the Michigan Dodgeball Cup, they showed great improvement, holding MSU to three points, taking a lead on SVSU, and playing well against future National Champion GVSU. CMU also went to Saginaw in the second semester, where they beat BGSU for the third time in the season (2-1) and lost to SVSU (5-0).

CMU showed this season that they’re a team that’s here to stay, despite losing so many of their core players. A solid recruiting class and continued stellar play by their young players and catchers for next season will make the Chips a team to be feared once again.