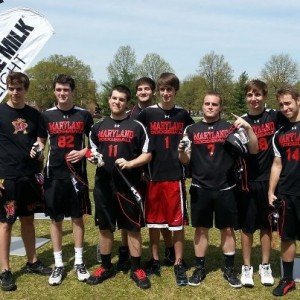 The University of Maryland Terrapins finished their sophomore campaign in the NCDA with a 4-5 record. Their first matches of the year were at the Towson Throwdown, taking down host Towson 6-0 and losing to James Madison 5-2. The Terps left the day heading back to College Park with a 1-1 record to begin their season.

Maryland’s next tournament was hosting their annual UMD Round Robin. Here the Terrapins lost to University of Kentucky 4-2, James Madison 6-0, and Kent State 4-0. They also beat VCU 6-1 and Towson 2-1. Leaving the day with a 2-3 record Maryland was clearly not satisfied with their performance as the host school.

At the second UMD Round Robin, the Terps played host to Towson and to VCU. After losing to Towson for the first time in their in-state rivalry, Maryland came back to crush VCU 6-0.

In a non-NCDA event the Terrapins did form a 4-man roster to participate in the Dodge4Cure tournament in southern Pennsylvania. Here they helped raise over $3,000 dollars for Breast Cancer awareness and research. Sadly for them, they lost to Towson’s team pre-quarterfinal round. This game was highly enjoyable with both teams messing with the refs to prove that while every other team there was taking the tournament incredibly seriously, the two NCDA squads knew how to have a good time.

Unfortunately due to financial concerns, Maryland was unable to travel to both the BEAST II at JMU and to Nationals in Kentucky. While still hoping to host a post-season round robin, the Terps season is over now with captains Chris Via and Dylan Allred wishing they had more opportunities for wins and just to play.

As a side note Dylan Allred did offer this statement on his season: “I’m the best dodgeball player that has ever lived.” While confidence is a good thing, I’m sure players like Wes Hopkins, Mark Trippedi, Mike McCarthy, Sam Hiller, and many others, would have something to say about that. I certainly hope the target on #11 for Maryland next year isn’t too big.