Grand Valley State Club Dodgeball is the National Champion for the 2022 college dodgeball season. At the conclusion of the 44 match event, the Director of Nationals, Peter Broe [WMU], along with the rest of the National Collegiate Dodgeball Association Executive Board, presented the Championship trophy to GVSU on Sunday afternoon.

This is GVSU’s 11th National title. This was the 16th National Championship for Collegiate Dodgeball competition; the NCDA was founded April 9th, 2005.

GVSU finishes the 2022 Season with 20 wins and 2 losses, including one win and one loss in overtime. 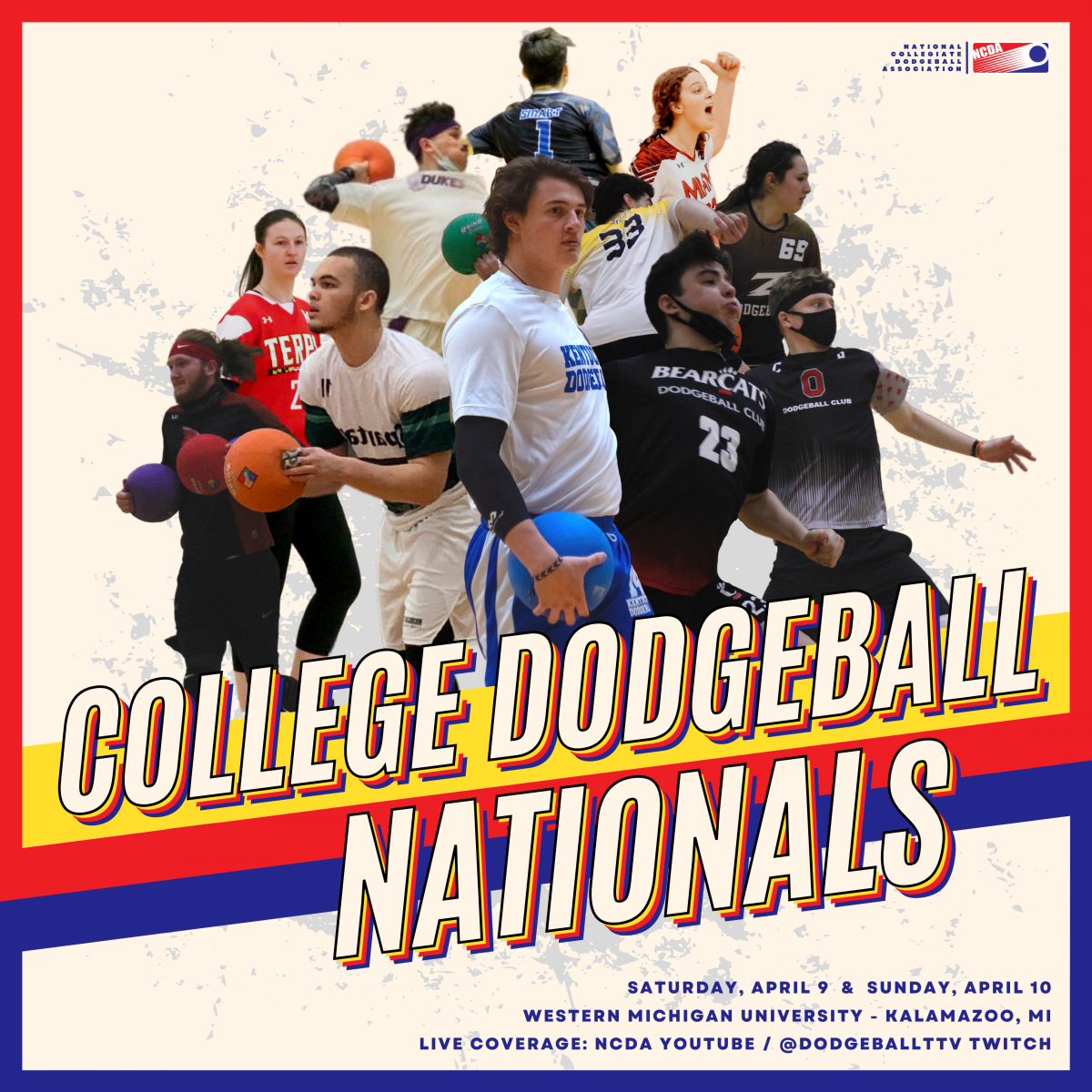 36 months. That’s how long it’s been since the last time the National Collegiate Dodgeball Association (NCDA) crowned a National Champion. That season, it was the Towson Tigers, thanks to a thrilling upset victory in the 2019 Title Game, arguably one of the greatest games in history.

College Dodgeball was in a great place back in 2019, and for the majority of the 2020 season as well. Clubs across the country were thriving, the league as a whole was deep, talented, and competitive from top to bottom. 15 years after the NCDA’s first season, the trajectory of the sport at the collegiate level was as exciting and promising as it had ever been.

After Towson took home the hardware in 2019, becoming the first non-Michigan school since 2006 to do so, the 2020 season appeared to feature 7+ schools with a legitimate shot at winning the National Championship. That level of parity at the top of the league was unheard of.

10-time champion Grand Valley State was their usual self, sitting atop the standings with an undefeated record. Michigan State was loaded with talent and had taken GVSU to overtime several times that season. Defending champion Towson was atop the East Coast once again and in great position to repeat. Ohio, 0-29 only a few seasons prior, was putting together a historic season (16-1 when the pandemic hit). Ohio State, owners of the first two NCDA titles (‘05 & ‘06), was right on OU’s heels thanks to a deep roster filled with veterans seeking their first championship. Miami was stacked and primed for a title run after coming up just short of their first Final Four berth in club history in 2019, and let’s not forget the always talented Dukes of JMU were no slouch back in 2020, with an above 70% win percentage. Bottom line, we were poised for an EPIC Nationals… The NCDA seemed to be hitting its stride.

END_OF_DOCUMENT_TOKEN_TO_BE_REPLACED

Kalamazoo, MI – After a 6-2 decision by the NCDA Executive Board, Western Michigan University has been selected as the host school for Nationals 2022. The school will be able to provide 6 courts between April 9-10th. It is the school’s first time hosting Nationals and Peter Broe will become the new Director of Nationals. Congratulations to the Broncos!