The National Collegiate Dodgeball Association’s 2017 Executive of the Year is awarded to Erik Zander from the University of Wisconsin-Platteville. 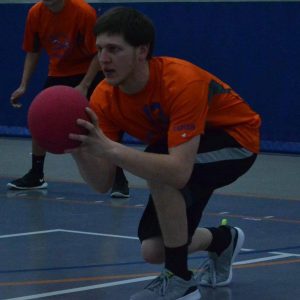 Since its inception in 2015, this award is meant to showcase the outstanding officership of an individual over the course of the season. As administrators, we interact with Member Team representatives and follow their work with a different kind of attention. These individuals have made our lives easier, in addition to making exceptional improvements with their respective teams.

This honor is bestowed upon Erik after a vote of the entire NCDA Executive Board, and we presented it at the 2017 Captains’ Meeting. Erik was nominated last year for the 2016 Exec of the Year Award which went to Caleb Arnold [Ohio]. There were a lot of great choices this year, and additional nominations for 2017 went to: Hunter Ford (VCU), Kyle Shaw (Miami), Zachary Parise (UK), Nick Johnson (WKU), Kyle Dattelbaum (UNG), Adam Pfeifer (Akron), Logan Rohloff (GVSU).

Here’s a short interview with Erik.