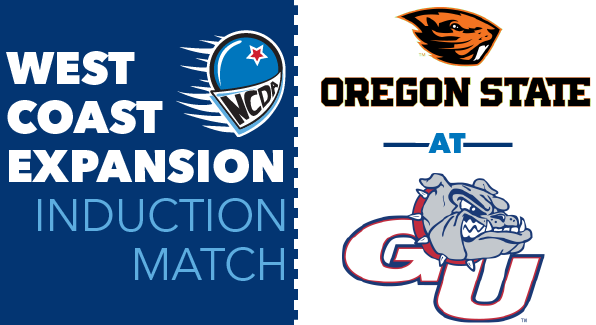 SPOKANE, WA – Gonzaga Club Dodgeball will host Oregon State University Dodgeball Club (Corvallis, OR) in a double header this Saturday to open up the Northwest region. They are the last two of four teams to make their Induction Matches this weekend.

We’ve successful in onboarding new teams in the past two seasons. Particularly, Director of League Expansion and Retention Jacob Leski has striven hard these past two years to open up western teams to the benefits of play in the NCDA.  Both Oregon State and Gonzaga have organized active clubs on their respective campuses for a good number of years. Gonzaga Club Dodgeball was founded in fall of 2013. Oregon State’s club even predates the NCDA, having been founded in fall 2004. That makes them the fourth oldest college dodgeball organization in North America. Leski notes: “Both teams are Super excited to join the League.”

Our teams in the Midwest and East Coast may not truly understand how big the country is west of the Mississippi. To show that a little bit, Oregon State’s drive to Spokane will be just over 6.5 hours. In comparison, DePaul’s journey from Chicago to Columbus, Ohio could be made in 5.5 hours.

These clubs are familiar with a great variety of dodgeball, and because of their location we’ve recommended they keep mixing it up with the locally available events and rulesets, but also adding in NCDA competition. Oregon State is working on bringing out Midwestern teams by hosting an NCDA event February 2018. This Induction Match weekend will be Gonzaga and Oregon State’s first chances at the NCDA ruleset, and I couldn’t be more proud to see a Pacific Northwest school showdown.

In any case, the NCDA (and Leski) will look to continue to provide any and all support these teams need to grow their own clubs. And we’ll continue to work on recruiting nearby schools around them. College kids want to play college dodgeball.

2 thoughts on “Pacific Northwest Schools to Join the NCDA”