Contributions from each player:

Kevin Bailey: The reigning MVP from 2013-2014 reclaims his title. Anyone that knows Kevin knows the amount of time and energy he puts into this team. He lives and breathes Dodgeball and it shows when he plays. It is a privilege to play against Kevin because he plays the game with a sense of purpose. He is also a natural born leader. Unlike many teams, Kevin is usually the only person you ever hear talking on the court for Grand Valley. That is because his team knows what he wants from them, which has resulted in three straight National Championships, two of which he was the head captain for. This award was well-deserved and he has a very real chance of claiming it for a third consecutive year, but only time will tell. 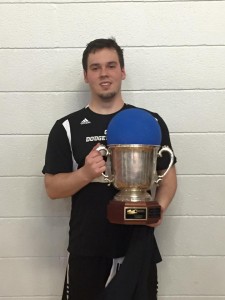 Trevor Nordberg: The race for MVP was very close, with Trevor coming in second. Many individuals throughout the league were astonished at how well he performed at Nationals, especially against Central Michigan in the Finals. Any player from Michigan knows the tremendous talent this player boasts and respects his style of play. He can do it all and does it extremely well. Grand Valley will greatly miss him next season. Congrats on a fantastic season Trevor!! 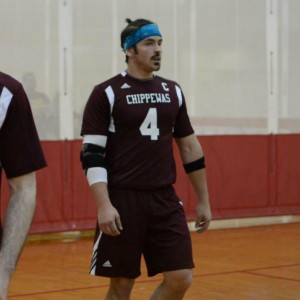 Brett Hadwin: I don’t think anyone is surprised to see the inspirational leader for Central Michigan University on this list. Brett is an explosive player and incredibly unpredictable, which is a main reason why so many members throughout the league love watching him play. This young man was the heart and soul of this CMU squad this season. If he was angry his team was angry and if he was “fired-up” so were his teammates. He will be sorely missed next season but I can imagine that many of the young players on this squad will do their very best to repeat the same leadership qualities that Brett brought to this team.

Colin O’Brien: If you did not get an opportunity to watch Colin play this season or at Nationals than I highly recommend you stop whatever you are doing, go to YouTube and watch his team’s game against Towson and Kent State. This is guy is a catching machine. He single-handily saved his team from losing both games by making an outrageous amount of catches. He is also an incredible leader on and off the court, if he can continue this level of playing into next season expect big things from the Spartans.

Justin Lin: LINSANITY!!!!! This kid was out of control at Nationals. He was a big reason that this young team did so well at Nationals. He is also the first player from Penn State to ever be recognized for their level of play. If this kid is to stick around at Penn State, the Nittany Lions are going to make some noise for years to come, primarily thanks to Linsanity and their talented group of captains.

Niko Nodal: Many players in the league think Niko is the best player in the league, he only doesn’t get that award because of the team he is on. They might be right, for this guy is one hell of a Dodgeballer. He is incredibly talented at throwing and catching but he is practically impossible at getting out. He is taking over as captain and president next year for DePaul, expect him and his team to make some noise under his leadership. 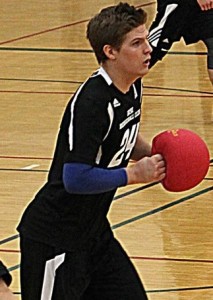 Dylan Fettig: An instrumental player to the success of Grand Valley since he joined the team many years back. Anyone that has seen him play is aware of the cannon he has. Dylan is a dynamic player that is a huge threat to any team he plays. He will be greatly missed next season, but his team will do their best to take after the way he played each and every game. 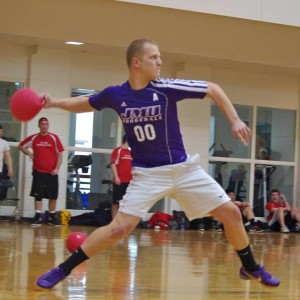 Brent Gromer: An instrumental key in JMU’s success over the past 4 years is primarily due to the outstanding play of this gentleman. He led his team to two straight Final Four appearances, which is no small feat by any means. While he is known mainly for his strong arm, he is one of the smarter players this league has seen in many years. It is rare to see him make a mistake, thus another reason why he deserves to be on this list once again. 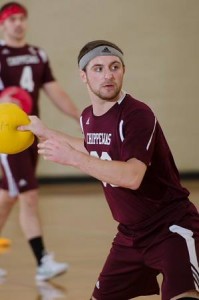 Jacob Leski: Jacob earns a spot on this year’s All-American Team after leading Central Michigan to a runner-up finish at Nationals. Leski was a standout catcher on a team full of strong catchers, and his performance at Nationals benefited CMU substantially. Leski was also an instrumental part of CMU’s return to national prominence this year, and that accomplishment shouldn’t go unnoticed. (Written by Kevin Bailey)

Joshua Levine: Easily the hardest person to get out in the entire league. This kid isn’t exactly a great thrower or catcher, but he knows how to make plays, which makes him one of the smartest players in the league. Although his team played tremendously well on Saturday, they had an early exit on Sunday. This should fuel his team for all of next year to make a stance that they are a team to take seriously.

Joey Cardella: Many of the individuals on this years All-American team are comprised of catchers and that is exactly what Cardella is and perhaps the best at it. If you single-throw at him, there is a 9 out of 10 chance that you will be caught, regardless of how fast you can throw. Due to the loss of a few leaders on their team next year, Cardella will need to step up his game-play to the next level. 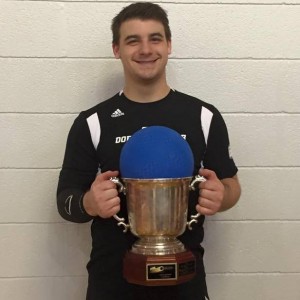 Aaron Terenzi: Terenzi is easily one of the more consistent players Grand Valley has had in many years. He always comes ready to play and is known for making crucial plays that tended to be the reason why his team went 40-1 this season. He is reprising his role as assistant captain next year and will need to continue his level of play if they want to go for their fourth straight title.

Rohan Mittal: Similar to Brett Hadwin, this young man is the catalyst to the success and failure of this team. While very well known for his cannon of an arm, Rohan is also a great leader for this team. His team looks to him for leadership as they should, for he will be a force to be reckoned with for years to come. 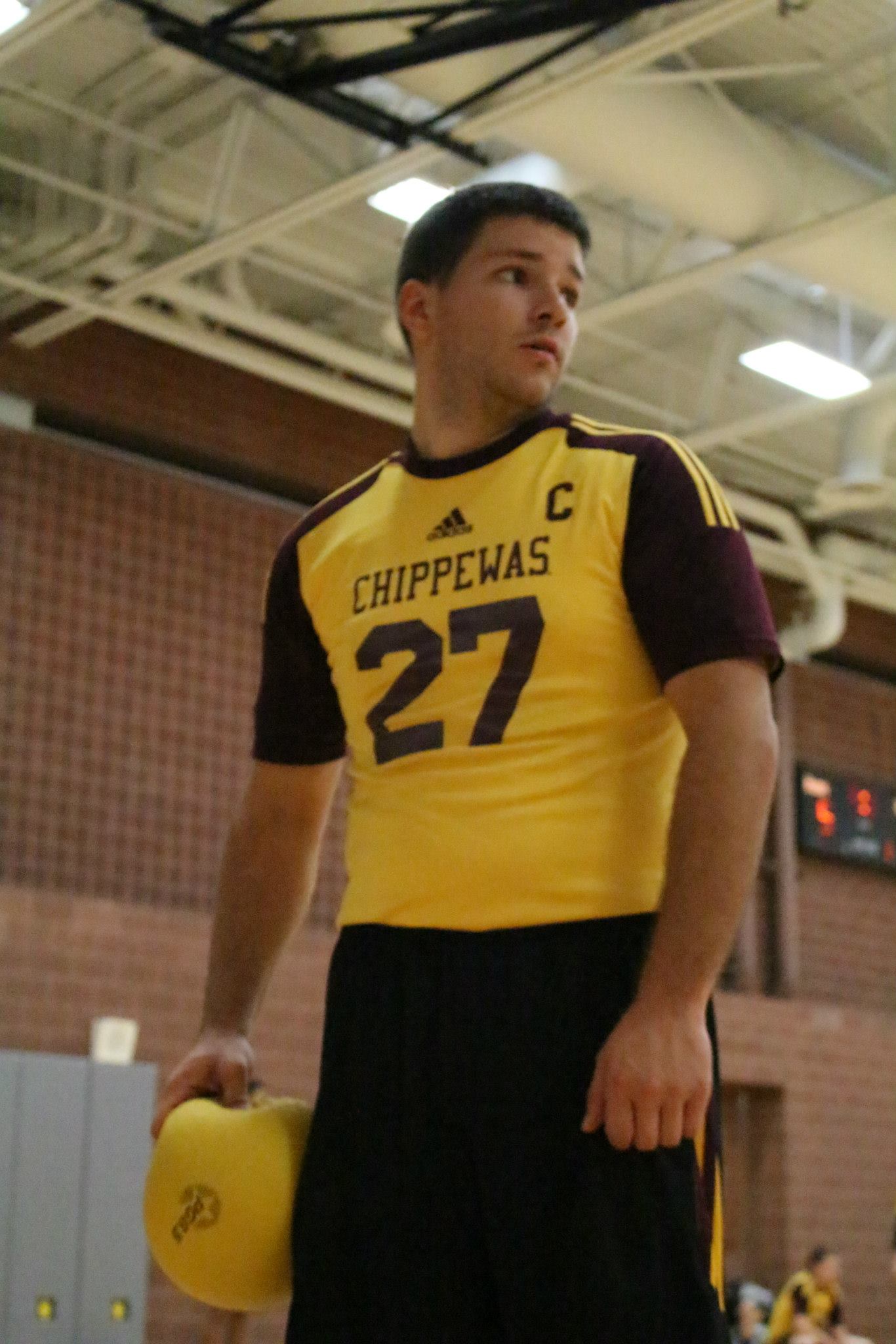 Wesley Peters: The “Dad” of CMU was a big reason for why the Chippewas were able to get over that two year first round hump and make it all the way to the finals. While he is not as a prolific catcher as he used to, he has changed his level of playing style, which catered well to his team this year because he was almost always one of the last players in for this team for every point. He is taking his talents to MSU next year, many our interested to see just how far he can help this team go.

Andy Lieblich: This catching phenom rounds out our “All-American” squad and this senior deserves nothing less. He has been a staple for this team for many years. While his arm is nothing special, he can and will catch anything you throw at him, making it unsurprising that he made this list made primarily of catchers.

Congratulations to our first-ever NCDA All-Americans!!!