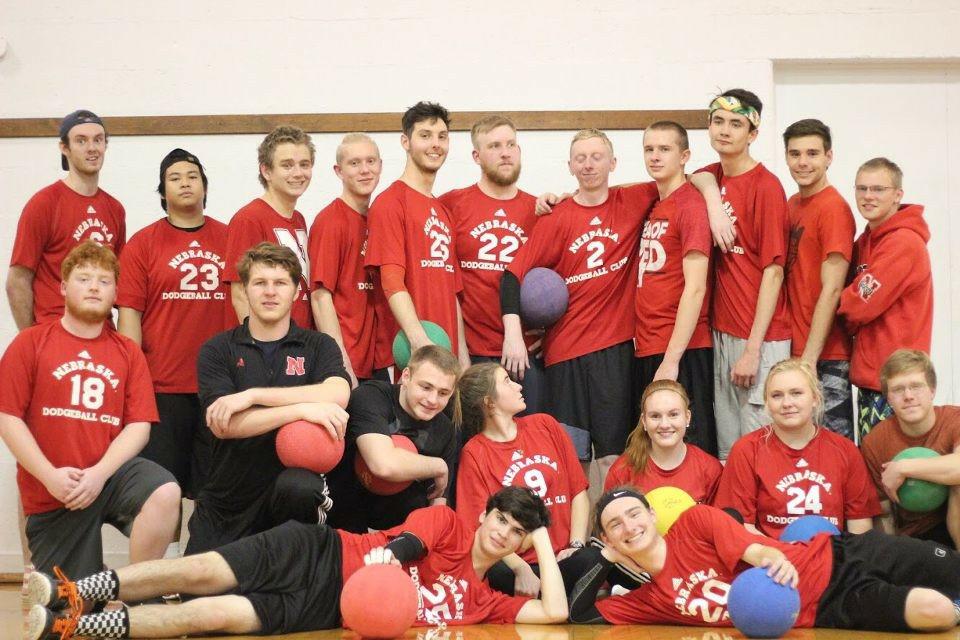 The Treasurer of the NCDA, Mike McNicholas, was able attend a dodgeball night while in Lincoln, NE while there on business. Whenever we get an League officer out to a club’s dodgeball practice, we try to get a little article coverage on the experience. We invited in Tanner Obermeier, Captain of UNL in for a little interview.

Zigmas: How many players were at your dodgeball night on Tuesday? Has Nebraska grown this year?

Tanner Obermeier: Last night there were 15 of us. Nebraska has grown more this year than we thought it would. We have 13 new players and 6 returning players.

ZM: What kind of ruleset were you playing?

Mike McNicholas: We were playing with the current NCDA rule set. The outline served as the shot clocks, which worked fairly well and I liked it. Definitely helped keep the pace.

ZM: When Kansas State used to play in the wild initial years of the NCDA, they had a no blocking rule they played with at their local dodgeball nights. At DePaul’s nights, Catches just get a teammate in.; the Thrower isn’t out unless the Catcher’s jail is empty. Does UNL have any local rules they like to partake in?

TO: We don’t have any “local rules” that we play by. We solely play the NCDA rules because we feel it will make us better competitors.

MM: While I didn’t see any local rules, I did recommend some alternative games to play when taking on a less serious tone in practice, including DePaul classics such as freezeball and zombie ball.

ZM: Mike, as both a DePaulian and a League officer, any thoughts on what UNL could do to improve?

MM: One big thing I noticed was that they had music playing during their practice. Asides from the barely-audible background music at the Ray, I have never really played dodgeball with music. I definitely enjoyed it. However, when the music stopped, it was pretty quiet. Definitely too quiet for a dodgeball court in my opinion. I would say to communicate more while playing, or even just yell and talk to each other on your team, to coordinate team throws, have a blocker as you go up to throw, etc. Some people commented on how quiet it was, I would say don’t always have the music to make sure you are all communicating and working together.

ZM: Tanner, What do you think the League can do to improve and help out? i’ll probably post a little more based on your responses.

TO: I think that most important way the League can improve and help us out is through getting more teams in the surrounding area and throughout the Midwest. Midland is our closest competition and the next closest team is about 7 hours away so traveling is harder. With Midland now being a neighbor we have been able to play more games which has helped us keep members and be more active in the League.

ZM: Any plans to play Midland coming up?

TO: At the moment we don’t have any plans to play them, but we are going to try to get a game or two set up before Nationals.

ZM: Excellent. It’s great to see UNL playing a lot more, it definitely takes a strong mindset to travel the midwest to play dodgeball. I’m excited to see Nebraska compete in their first ever Nationals! Any passing comments to close us out?

MM: I can report back to the League confirming that Felix does in fact still smell, even all the way from Lincoln, Nebraska.

MM: The other thing is good luck at their upcoming tournament against UWP this weekend, and have a safe 19 hour drive out to VCU and see you at Nationals!