END_OF_DOCUMENT_TOKEN_TO_BE_REPLACED

The 2019 Michigan Dodgeball Cup is right around the corner, taking place this Saturday in East Lansing, Michigan on the campus of Michigan State University.  As has been the case for over a decade, the MDC will play host to each school in the state of Michigan for a regular season tournament that will have national title implications.  Below is a preview of this Saturday’s tournament: END_OF_DOCUMENT_TOKEN_TO_BE_REPLACED

On Feb. 27th, Michigan State University hosted the annual Michigan Dodgeball Cup.  In attendance were all four Michigan schools: Central Michigan, Grand Valley State, Michigan State, and Saginaw Valley State.  The stakes were higher than ever, as all four teams were positioned in the top six of the NCDA Standings.  In fact, the schools had a combined record of 51-21 heading into the event, with exactly zero of those 21 losses coming at the hands of a team outside the state of Michigan.

The dominance of the Michigan Region is still alive and well, and anyone who may try to dispute that should take a look at that fact I just mentioned.  Michigan schools this season are a combined 30-0 against teams from other regions.  And there is a very real chance that at the end of the year, no non-Michigan team picks up a win over a Michigan Region team.  I highly doubt that has ever happened before. END_OF_DOCUMENT_TOKEN_TO_BE_REPLACED

END_OF_DOCUMENT_TOKEN_TO_BE_REPLACED

A preview of the 2016 Michigan Dodgeball Cup, as well as touching on the All Star Game and some Nationals previews.

END_OF_DOCUMENT_TOKEN_TO_BE_REPLACED 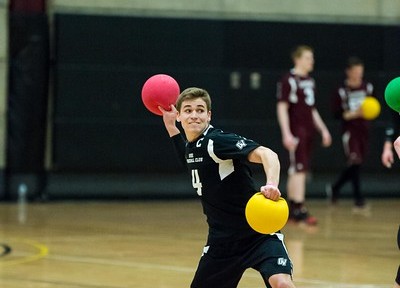 It is no secret that the Michigan Region has been the best region in the country for a long, long time.  In fact, the national champion has been a team from the Great Lakes State each of the past nine seasons.

In a way, I want to simply state that this season should be no different; as there is a chance the title game features two Michigan schools.  Historically, the Michigan Dodgeball Cup winner enters April as the favorite to win it all.  The difference between this season and seasons in the past is that there is an unbelievable level of parity surrounding the NCDA’s top region.  The Michigan Dodgeball Cup will take place on Feb. 27, and if you have been following the league at all this season, you know that it is going to be impossible to predict.

Here is an inside look at the incredibly confusing 2015-16 NCDA season in the Michigan Region:

END_OF_DOCUMENT_TOKEN_TO_BE_REPLACED

The temperature was in the negatives in East Lansing, Michigan on February 14th, but inside IM West, the competition was heated as four of the top teams in the nation squared off in the Michigan Dodgeball Cup.  The 2015 MDC was expect to be a classic, and while only one of the matches was decided by a one point margin, the MDC still was an entertaining tournament. END_OF_DOCUMENT_TOKEN_TO_BE_REPLACED

A team from Michigan has claimed the title of NCDA National Champion eight years in a row.  That is an impressive and undeniable fact.  Unfortunately, my treasured Spartans have no bearing on that; I, at 29 years of age, was on the squad that achieved Michigan State’s sole Michigan Dodgeball Cup victory, a game played against a community college in a church recreation room.  I can still hear the dodgeballs carom off the radiators to the dismay of the building’s staff.  Delta College was kind enough to have purchased the MDC Trophy, and in (I think) 2023 an additional base will be attached to the Trophy.  The MDC is now regarded as a preview of the NCDA Final Four, much to the dismay of the rest of the league.

I am not so arrogant as to call Michigan the heartland of college dodgeball; teams existed in Illinois and Ohio long before anyone of the Great Lakes State showed up to play, and their names are etched in the NCDA Trophy, as is mine. [Ed: The Nationals Trophy -zm] Still, Michigan’s historic performance is remarkable.  Having said that, it’s time someone beat these guys and took home the hardware.  If I were captaining a dodgeball team 10 years younger, here’s how I would go about busting up the established order:  END_OF_DOCUMENT_TOKEN_TO_BE_REPLACED

It’s safe to say that this will be the biggest weekend of dodgeball for the NCDA this season outside of Nationals.  Seven of the top nine teams in the current NCDA (Champ/NHL) standings will be competing this weekend.  It’s easy to see that the results of this weekend will have a huge impact on the NCDA.  Here are a few storylines to follow as we prepare for a fantastic weekend of dodgeball: END_OF_DOCUMENT_TOKEN_TO_BE_REPLACED 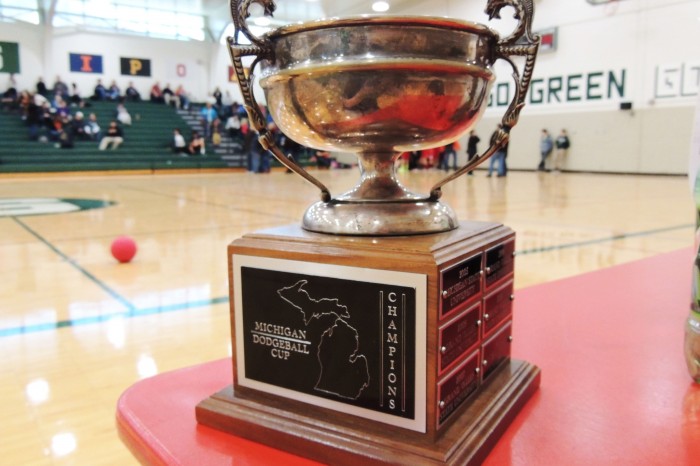 END_OF_DOCUMENT_TOKEN_TO_BE_REPLACED

On Feb. 14th, Michigan State University will host the annual Michigan Dodgeball Cup (MDC).  This event has historically been the toughest regular season tournament of the year.  The 2015 version of the MDC has the makings of an absolute classic tournament with #1 Grand Valley State, #2 Central Michigan, #3 Michigan State, and #11 Saginaw Valley State all set to compete.  I don’t remember a year where the top four Michigan region schools were as close competitively as they are this year. END_OF_DOCUMENT_TOKEN_TO_BE_REPLACED