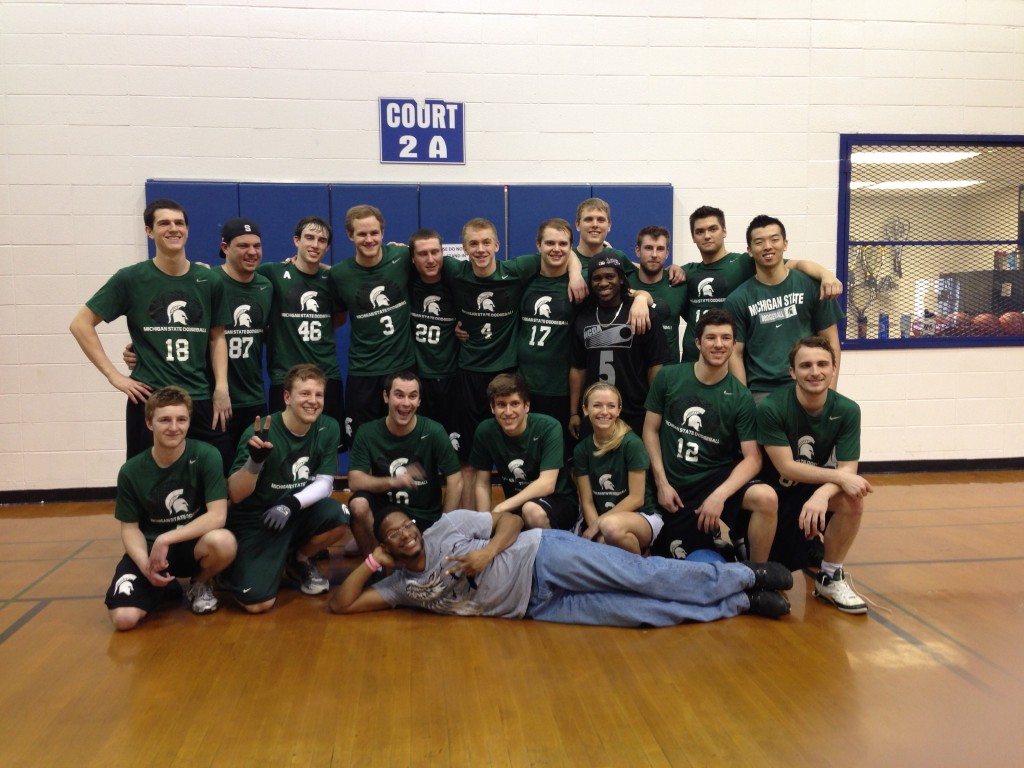 The MSU Spartans ended up 16-8-3, and made their first ever appearance in the National Title Game.

State was led by Sam Hiller in his second year as head captain, and their first tournament of the year was the OSU Round Robin. There they faced Kentucky, a school they hadn’t played in four seasons, and they were dominated 4-0. Not being able to get off the baseline killed MSU, and UK controlled the game easily. After that though the road got easier for MSU, as they rolled off a seven game winning streak, with wins over SVSU (5-0), Kent (3-0), OSU (4-1), BGSU (5-1), Kent (2-0), CMU (8-1), and DePaul (5-0). They placed second in the OSU Round Robin and won their third straight MSU Invite, but a date at GVSU loomed large for the Spartans. It ended up being the game of the regular season, and MSU came the closest they’d ever come to beating GVSU, losing by literally inches in overtime.

In the second semester, MSU would travel to the CDO for the third straight season, and they drew Moody Bible, Nebraska, and JMU. The Spartans K.O.’d Nebraska 10-0 and MAD 8-0, despite only having 14 players. The battle with JMU was a tough one, as MSU wanted revenge for a loss at Nationals 2012, but JMU used good ball control to win 2-1. The biggest regular season tournament in the NCDA, the Michigan Dodgeball Cup, was next for MSU, and they’d go 1-2-1, with a win over CMU, a loss in OT to SVSU, and a loss to GVSU. They also played at Bowling Green, losing in OT to JMU but beating the BGSU Falcons 5-0.

At Nationals 2013 State faced BGSU and UK again, and also faced newcomer Penn State. At 7:30 in the morning, MSU took down the Falcons 6-0, but once again UK was able to defeat Michigan State. However, MSU put up a fight, being down 3-0 and nearly coming back to tie it before losing 4-2. Land Grant Rivals MSU and PSU fought a good fight, but MSU was too strong to win 6-0. A depleted roster (only 17 players, five or six battling injuries) made a strong run on Sunday though. Their first game as the #5 seed was against #12 Wisconsin-Platteville, and MSU escaped in a scare 2-1. UWP was the aggressor in the game, but MSU caught and killed in transition well enough to win. Next MSU battled rival SVSU, and they dropped the first point. Despite trailing, MSU played with confidence and took the next two points. They whittled down the Cards in the game clinching point, and multiple big plays led to a MSU win. With Kent State being the next team on the docket, MSU felt confident. Huge catches and timely kills allowed MSU to control the game and win the game 3-0, allowing MSU to go to their first title game ever. In the championship, they were outmatched by GVSU, with the Lakers having more power arms than the Spartans had to counter with. It was a great run by MSU that fell just short, as they lost 3-0 in the championship.