National Tournament Finish: Lost to UMD in the first round

Overview: Towson enters their fourth year as a member of the NCDA with a bit of optimism.  On one hand, the Tigers lost to rival UMD in the first round of the NCDA tournament after having a slight edge on the Terrapins for the most part during the regular season.  This led many to believe they may have regressed throughout the season.  On another hand, one can notice the huge strides the Tigers made in 2013-14 as they claimed a winning record for the first time in program history.

There is no truth in the assumption that TU declined based on their Nationals loss to UMD.  The defeat at the hands of UMD is more attributed to Maryland’s improvements throughout the 2013-14 season, than it is to Towson “losing momentum” as the year went on.

2014-15 has brought some changes to the Towson Dodgeball team.  Sean Smith (President), along with captains Chris Thomas, Joe Tobin, and Jon Shaw, will look to aid Towson in taking the next step as a program.

First off, Sean Smith will be an instrumental part of this squad once again, he has a strong throw, to go along with the knowledgeable leadership that he brings to the team.  Every successful team has a player like Sean leading the way.

Chris Thomas has been a consistent player for TU in the past, and has proven to be one of the toughest outs on their team.

Lastly, Jon Shaw, one of the top all-around players in the league in my humble opinion.  The Towson offense will likely revolve around the skills of this veteran player.  Overall, one can see why this team is poised for a successful season with the leaders that they have.

It has been said in the past, but let me reiterate that Towson has historically been a top heavy team, meaning the top 5 or 6 players for the Tigers have carried them in seasons past.  The early season turnout for TU gives me the idea that this won’t be the case in 2014-15.

Towson has a fairly talented rookie class joining the team this fall.  Don’t be surprised if these young players end up helping the squad reach new heights in the future.

The first tournament for TU will come this weekend (Sept. 28th), at James Madison University.  Towson may encounter a few bumps in the road early on due to the learning curve that will be experienced by the team’s rookies.

The 2014-15 season will certainly be an interesting one for Towson.  This team has the potential to make a deep run at Nationals, it will depend on how much they can develop their young players to help complement their existing talent pool. 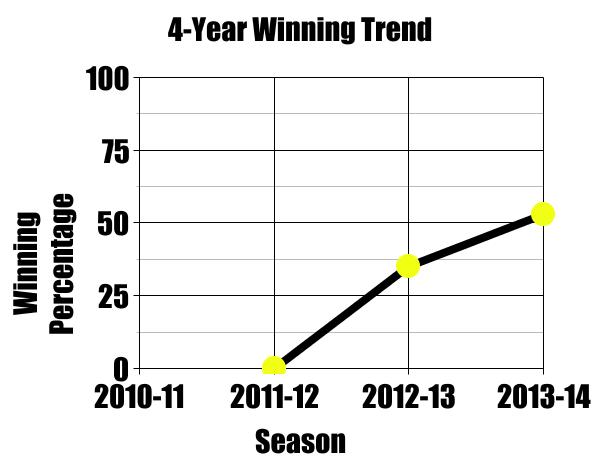