Just like every year, we had a bunch of great concepts for the event logo and related designs. VCU will have some solid concepts for future team apparel, for sure. For the final design, I channeled one of my favorite all time Nationals designs, Nationals 2014 at OSU. Slapping some nice text on the shape of the State outline appears to be a winning formula. By the way, the State of Virginia has a ton of awesome little nooks along their state border and I am more familiar with them than ought to be. Each a cool story. Mostly just people not being able to survey straight along a latitude. 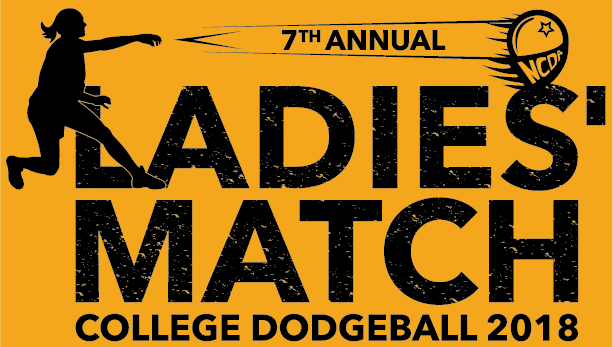 This was initially designed by Fabian Lucero with a few contributions from myself, just type updates. Fabian is a designer out of the Los Angeles area who has designed some jerseys for some West Coast teams. Happy to have his help.

Something to fight for:

A Presidential Design by Felix Perrone with some embellishes and vectorizing on my end. Felix delivered the first concept via Snapchat. In a tradition that started with Nationals 2015, the winning team will receive a National Champion shirt (gold screen print on heather gray). The 2018 design calls again on the municipal flag of Richmond, Virginia. Last year’s design included 13 roses, and this year expands the flag’s stars to number 14, the same number of National Championship matches we’ve had since inauguration in April 2005. I would love to see the Champ’s recreate this in the river, just don’t drop the trophy. We’ll make you dive for it.

Designed by “AN”. SAVAGE Apparel Co is the official apparel provider for the NCDA, so they will be providing all your event shirts, ladies’ shirts, and champions, and All Star jerseys for Nationals. They are also a local Richmond business! We are proud to have them as part of the team. 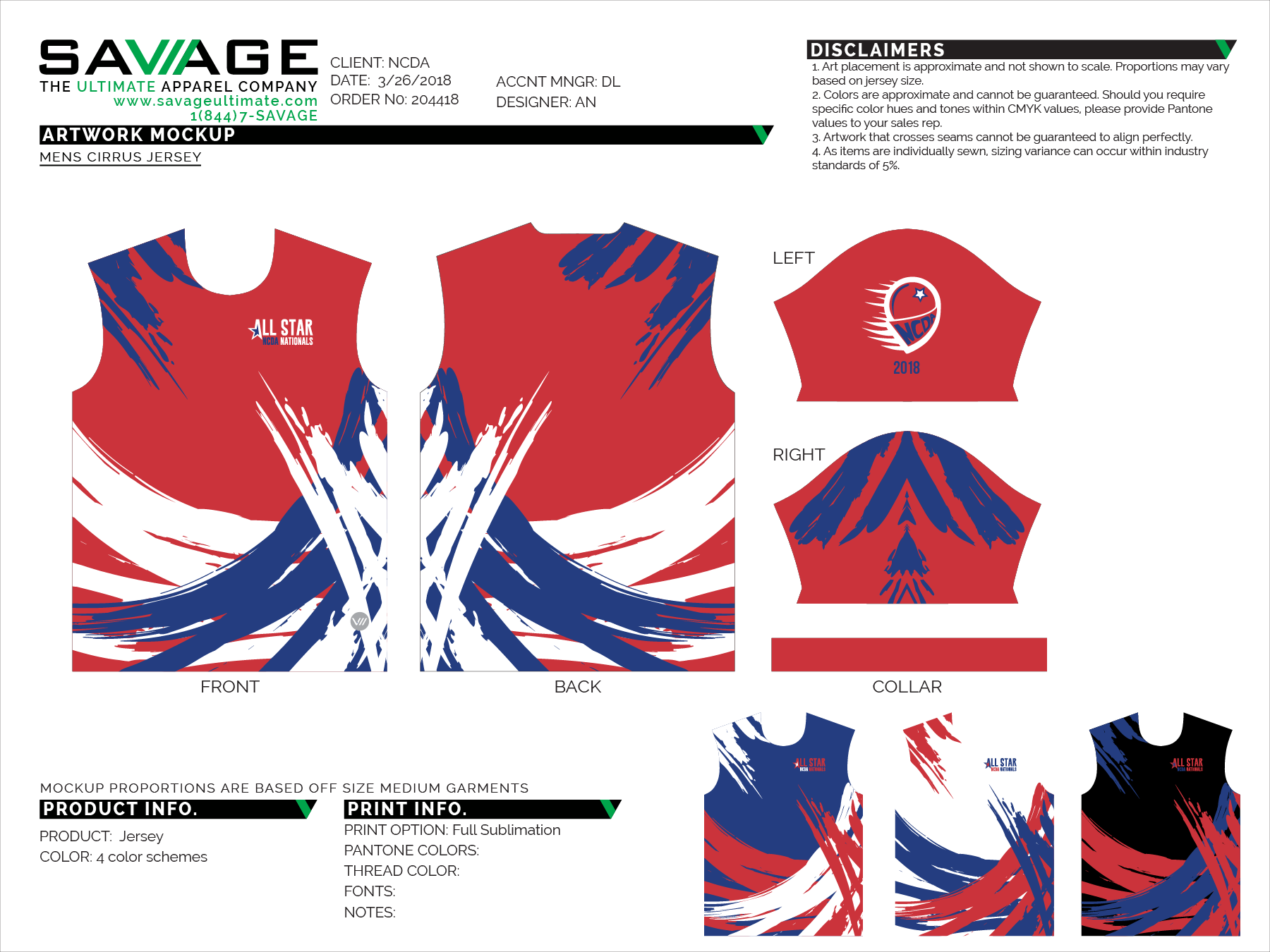 In addition to Savage being a presenting Sponsor of the 2018 All Star Game, I built off last year’s photo by Karin Gumbinner’s (DePaul Alumna) of VCU player Torao Ota, an All Star Game Captain for this year. I built out a whole player logo set for the ASG captains, corresponding to their base color ASG jerseys. This was a real fun project to play around with using the AI Image Trace algorithm. Bonus: a red/blue set building on the tradition of past player logos designed over the years. 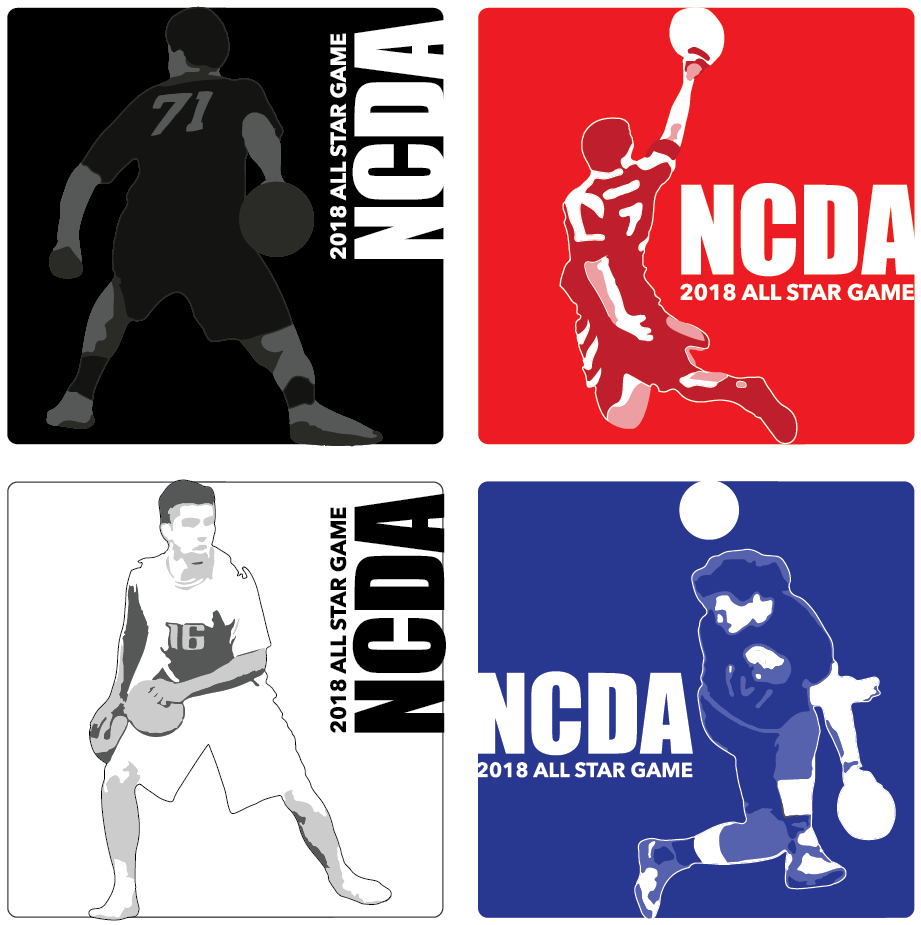 Be sure to join us via the Facebook event for all the updates.

This was the first designed in the set, a simple little banner for the facebook event, based on the municipal flag of Richmond. I like flags. Replace the Rower with the Ram, and bam. It also set off the general typography theme for Nationals 2018, presented by Avenir Next. The typeface was initially designed by Adrian Frutiger, my favorite artist (which is a type designer) and was expanded by Akira Kobayashi.

I want to thank Hunter and the rest of the Executive Board for being there to bounce ideas off and make suggestions. Sports design has always been a passion of mine and I enjoyed working with these graphics in Illustrator. See our media archive for a bunch of stuff that didn’t make the cut.

If you’re interested in taking a look at past Nationals graphic identities, be sure to check out our webpage dedicated to it.