VCU had easily the biggest win in school history this past weekend when they upset Maryland 2-1.  No question, this was a big victory for VCU, and it came as a surprise to many.  Earlier in the day, VCU won a game by the largest margin in school history when they beat first year program Virginia by a score of 7-0.  It is safe to say that BEAST V was the best tournament ever by VCU Dodgeball, and it shows that they are making progress.  I don’t expect them to compete for a championship this season, but nonetheless, I am excited to see this squad in action this April at Nationals 2016.

Who saw this coming?  Nobody but SVSU.  Well, and me kind of (I was the only one to predict them to beat MSU at MDC, so I’ll brag about that…).  In all seriousness, Saginaw Valley State put together quite a tournament at MDC.  The Cardinals started the day off with a 2-1 win over MSU that was more convincing than the score indicates.  Following that game, SVSU was tied 1-1 against CMU in regulation, and then took care of them in less than two minutes in overtime.  That’s what I call firepower.  Despite those two great games, they fell short against GVSU in the final match of the day, but the damage was done.  SVSU earned their first two victories over Michigan schools this year at MDC and proved all doubters wrong as they finished second in a tournament that many had them predicted last.  Don’t be surprised when they jump up the standings this Tuesday!

Similar situation to the above, but less severe.  Most people had GVSU picked to finish third at MDC, while there were some predicting that they would go 0-3.  The narrative quickly shifted though, as GVSU took out #1 CMU in the first game of the day, then beat #3 MSU in overtime, before getting a more comfortable victory against SVSU in the final match to earn a second straight MDC title.  It’s safe to say that this showing should put GVSU in first place in the NCDA, which is a crucial position if they can keep it until Nationals.

Towson may have surprised some people this weekend.  The Tigers had some issues first semester and their scheduling took a turn for the worse.  While TU was only 1-2 entering this tournament, they made significant strides at BEAST.  Towson started the day off with a game against JMU (quite the way to get the rust off after months without playing a match).  As it turns out, they did need one half to get back into it, but once they did, the Tigers were impressive.  After going down 2-0 at halftime to JMU, TU was able to score a point midway through the second, then have the Dukes on the ropes in the next point.  Unfortunately for TU, they were unable to force OT, and JMU survived with a victory.  After that game TU ripped off three straight wins, including a 3-2 victory over UMD that was not as close as the score may indicate.  Towson is poised to move up significantly in the standings after this weekend. 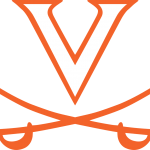 Coming in at fifth on my list is a team that didn’t earn a single win this weekend.  Despite that, it was a big weekend for UVA.  The first tournament in the history of their program was this past weekend at the BEAST.  While Virginia didn’t win a game, or even bring a full 20 man roster, they did earn some valuable experience that will benefit them greatly in the future.  Keep an eye on UVA in years to come.  Maybe they will make the East Coast an even tougher region in the NCDA.