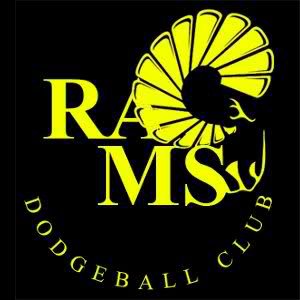 #16 Virginia Commonwealth (0-5) hasn’t gotten off to the start they were hoping for, but they’ve been getting praise from some of the other captains in the leagues. They have lost to JMU (twice), Kent, Maryland, and Towson so far this season, but the Rams are playing like a typical first year team. For example, Towson went 0-6 their first year, Maryland 1-4, Kansas State 1-4, and Moody went 1-8. So for every James Madison or Grand Valley or Western Illinois, there’s a team who doesn’t play well their first season. Led by Shadeed Drakeford (VCU #14-C) the Rams will try and pick up their first win in program history in one of their upcoming tournaments- a round robin at Maryland, the BEAST II, and the Richmond Dodgeball Cup.

The Rams will get two games at Maryland- against the Terrapins and against Towson, and then at the BEAST II they’ll get some teams outside their region. VCU drew Rochester Insittute of Technology, Saginaw Valley, Kent State, and Western Kentucky in the “Gold” division at the BEAST II. Their best chance of picking up a win at the BEAST II would undoubtedly be against RIT, who went 0-3 last season and hasn’t played a game so far this year, although they could definitely shock some teams and pick up wins against the other schools. Then they host the Richmond Dodgeball Cup at VCU, where they’ll play a round robin against the other East Coast schools.  The BEAST II in particular should be a good growing experience for them, as they’ll get a school at their level, plus three schools that have been there and done that. All four schools they’ll play will play a different style of dodgeball as well, so VCU can be ready for different gameplans when they get to Nationals.

So what are VCU’s goals for the season? Says Drakeford,

“What we’re trying to do at VCU is to build a program in which we could be successful for years to come. We’re focused about the things that we can do better not just as individuals but as a team. So our main focus is to grow as individuals and as a team while improving on the things we need to work on. If we do that and continue to do that, VCU will find its own way to success.”

VCU is staying very level headed, with other goals like,

“For the UMD tournament, we want to see if we have learn anything from our past games with Towson and Maryland. A lot of us weren’t happy with the way that we play against Towson while we felt a lot better with the results with Maryland. We understand that both teams have more experience than us. But we understand there were a lot of things we could have done better. For the BEAST II Tournament, we just want to continue our process of getting better as a team. We understand that JMU, Kent, SVSU, and CMU are some of the favorites for that tournament. So like in any tournament, we aren’t trying to compare ourselves with them and judge their success against our success. We understand we’re making improvements even though a good portion of our team are freshmen and sophomores.”

VCU is also looking forward to the RDC, says Drakeford,

“For the RDC, We’re excited that friends and family will finally get to see their own team play in our backyard. There are a lot of people that are looking forward for that day. It will also get a chance for our veterans who couldn’t make it to the past tournaments to play in their 1st event. We haven’t gotten a chance to have our top 20 all play on the court at one time. So I’m looking forward to that day.”

So what do the Rams want to be? According to Drakeford,

“A bunch of guys and girls that enjoy playing dodgeball. We’re a mixture of a serious group that have a carefree attitude about the game. Even though we might be a small group, we really care for each other on and off the campus. So I hope that our reputation in the future is a group that works well together and always look out for each other.”

We’ll see if they can copy the success of their predecessors when they pick up play again next month.