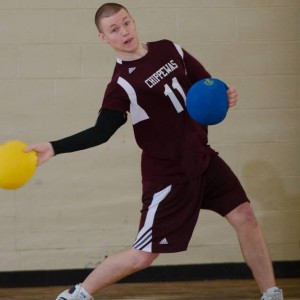 This may come as a surprise to some people but I will be giving the nod to Michael Riley as the #1 player in the NCDA heading into this season.  Riley has a great skillset, and is clearly an integral part of Central Michigan’s team.

The main reason for me putting Riley at #1 was due to a few factors.  He has a strong throw that is made even more dangerous due to how fast his windup and release is.  On top of that, we all know Mike is a great catcher, and someone who you can count on to make a play when a catch-able ball is thrown his way.

The last real factor I took into consideration was his consistency.  Compared to a few other players on this list who are just as talented if not more than Riley, I think that the star from CMU has less off-games.  You can always be sure that Riley will be a tough matchup because he keeps the intensity up at all times (CMU’s whole squad does actually, which is a huge strength for their team).  Bottom line is that I expect a lot from Mr. Riley during the 2016-17 season. 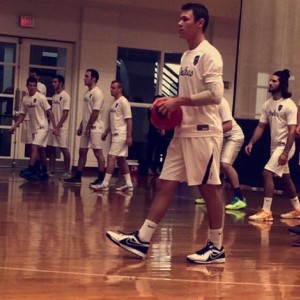 No surprise here.  Schilling proved time and time again last year that he has superior talent and the ability to make clutch plays for his team whenever they need him to.  I was so impressed with Doug’s all-around game last year at the MVEC when he single-handedly threw and caught his team to victory against MSU.  The Spartans got revenge at Nationals, but the message was sent to the rest of the league that Schilling should not be overlooked.

I think this year will be another stellar one for the junior.  He will be counted on even more in the fall, due to a few top players from last year graduating.  Don’t be surprised when Doug is even more dominant for the Dukes in 2016-17 than he was this past year. 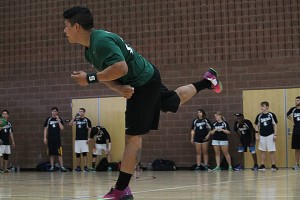 Noe gets the third spot on my list, as a crucial player for the Spartans.  I have nothing but good things to say about this guy.  He absolutely whips the ball, and his throw has some crazy movement on it too.  Beyond that, I noticed he had become a much stronger catcher last year.  Adding that to his repertoire has really changed the way people gameplan against him.

I think if Noe continues to improve his court awareness and catching, he will be a near unstoppable player for the Spartans.  With Colin O’Brien no longer on the roster, it is Noe’s time to be in the spotlight in East Lansing. 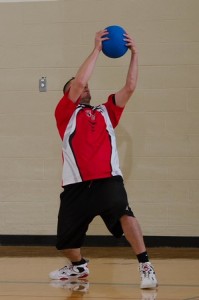 Cody absolutely got snubbed of an All-American spot this past season.  It was a shame to see him miss the last month of the year with an injury, but I am very happy to hear that he will be back in the fall.  Putnam has been a key player for SVSU for a number of years now and as he has become more experienced, he has improved exponentially as a player.

Some may argue that he plays too aggressively and it gets him in trouble from time to time, but I think that is a risk he is willing to take.  Cody’s intensity and fast-paced play-style are critical to the Cardinals success.  I see Cody having a strong season this year, and it will finish with a well deserved All-American recognition. 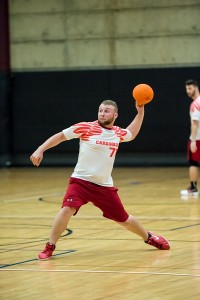 Closing out my top 5 is another player from Saginaw.  Rookie Nick Hazergian burst onto the college dodgeball scene last year with an incredible second semester.  Nick emerged as one of the most feared throwers in the league, and as the season wore on he started to become a more valuable catcher as well.

I believe that in 2016-17 Nick will round out his game by becoming a smarter, more strategic player, while also improving his catching skills.  Overall, Nick is one of the most talented players in the league, and with throw power like that, it is hard for me to keep this second year player out of my top 5.