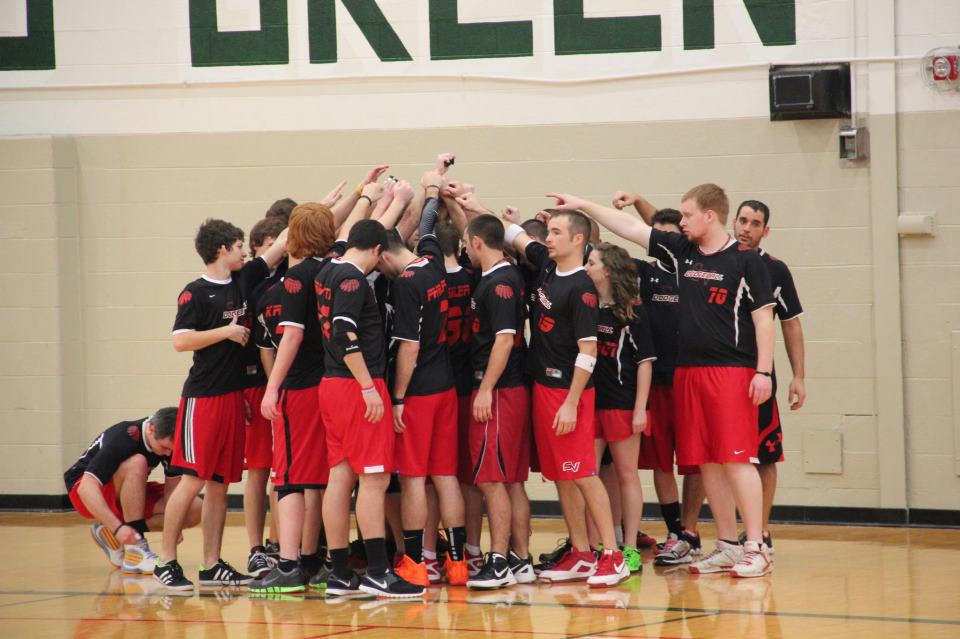 The defending National Champions going into the season, SVSU went 15-7-3 before losing to Michigan State in the National Quarterfinals.The Cardinals were led by Max Siler in his first season as Captain, and they began their season at the OSU Round Robin, despite not having nearly their top roster at the tournament. SV opened up with Kent State, and lost a thriller 2-1 in OT. Next they fought a revenge seeking MSU squad, and were blanked 5-0. Finally they showed that they could still win with a weakened squad, picking up a 3-2 win over host school Ohio State. After the OSU Round Robin, the Cards went back to Ohio to go to the BGSU Invite. They lost to rival GVSU 4-1, but they did pick up Ws over BGSU (4-2) and Miami (no score reported). Their big break through win was in the Battle of the Valleys, as they defeated GVSU 2-1 at home.

In the second semester they opened up at the Michigan Dodgeball Cup, playing GVSU once again, but this time they lost 2-1 in OT. Then the Cards faced the Spartans, and held on to win 3-2 in OT, and then after dropping the first point to CMU, SVSU was able to win 4-1. Their showing at the MDC was good, but their showing at the BEAST II was even better, winning the tournament. They lost to WKU 3-2 in OT, but won games against Kent (3-0), JMU (2-1 in OT), Miami (4-1), and Towson (1-0). Saginaw also hosted their Senior Tournament, playing CMU (5-0 win) and BGSU (5-0 win).

SVSU was considered one of the favorites to win Nationals 2013, as the fourth ranked team entering the tournament, their strong season, and the fact that they won the tournament the previous season. They were placed in a pool with WKU, Ohio State, and DePaul, three interesting match ups for Saginaw. SVSU won a close game with OSU (4-2), then had to default their game against DePaul for exceeding the 20 man roster limit. Their last game on Saturday was a rematch with WKU, and the Cardinals crushed them, winning 6-1. Despite the default, SVSU remained the four seed as they played #13 Northwestern State in the first round. They won easily, 5-0, setting up a match with #5 MSU. SVSU jumped out to a 1-0 lead, but strong Spartan play derailed their Back to Back Titles hope, as Saginaw would lose 3-1.

Overall it was a strong season for SVSU, as they outperformed their expectations from their poor play at the beginning of the season and morphed into a top team by season’s end. Replacing Spencer Jardine will be tough, for both his play and leadership, but the Cardinals aren’t going anywhere.