Below are the power rankings for December.  This list was co-created by Kevin Bailey and Jacob Leski.

The Chips took a massive risk playing 6 games in two days and it payed off, just barely. The big question I have is whether or not these captains will be able to keep their team motivated to keep working in this large gap of time where no one plays. If he can, I expect this success to continue. – Jacob Leski

Very impressive first half of the season for Central Michigan.  They dodged a few bullets during their 6-game weekend a few weeks ago.  Sure, they are a beatable team, but the bottom line is that the Chippewas perform when the game is on the line.  Championship level teams find a way to win close games, and that is the biggest difference between CMU and GVSU so far this season. – Kevin Bailey

Much respect for this squad. I don’t believe anyone outside of CMU will beat this team at all this season.  Unfortunately for GV, I think CMU has their number, but only because CMU’s leadership is superior to what the Lakers have. No slight to Brandon Meisel, but he has his work cut out for him. -JL

Don’t buy into any of the lack of leadership talk Leski mentioned above.  The captains for GVSU have their team heading in the right direction, and just like we have seen for the past 5 seasons, the Lakers will peak late in the season. They just need to prove they can win a close game against a tough opponent like CMU. -KB

This is a very talented squad. However, I find it hard to believe this squad is so mismatched with GV that they forfeited before the game was over, but almost took CMU to OT. Lots of questions for JMU, but I do like where they are headed. Credit to Doug Schilling and company for getting this team to be far above everyone else outside of the two above them, keep it up. -JL

The Dukes made the big trip to Michigan for the King of the Mountain tournament this month.  They nearly took out CMU, but followed it up by getting blown out by GVSU.  I’m not counting this team out of the national title race.  When they have their full roster they are a very tough team to beat.  They will be no joke come Nationals. -KB

I like this team, a lot. They play with tenacity and never quit playing regardless of the score. I have to admire their level of trash talking as well. However, their level of integrity is at an all-time low, in fact I haven’t heard of any team that has supposedly cheated as much as this team has been accused of…hard to ignore. -JL

I have already had a chance to voice my concerns about the cheating rumors.  With that said, I like the talent level on this team.  In fact, I’d venture to say they are the best team from Ohio since the OSU Final Four squad from a few seasons back.  The Falcons have an opportunity to be even better than that team to be honest. -KB

They are good, but damn, JMU has their number, and I don’t see that changing all season. Can’t be a one man show with Towson if they want to be a title contender. Rest of the team has to start contributing. -JL

Towson quietly put together a 14-3 semester.  Wow.  My only issue is that they don’t have any impressive wins.  They beat teams ranked below them, and lose any time they are playing a tough opponent.  When will the Tigers get their signature win? -KB

Will Kent be able to challenge BGSU for the Ohio Dodgeball Cup this year?  -KB

Not really sure where to start with this rag tag bunch. They have the talent! But they honestly have had nothing to show for it. Need to get a big win soon. -JL

I’m starting to think that another top 2 finish at MDC isn’t in the cards for the Cards… get it? -KB

Kentucky has only played 5 games this year.  That is not a recipe for success.  Hopefully a big second half of the season is on the way for the Wildcats. -KB

Still a very inconsistent team. The talent is there, but the leaders need to establish a winning culture if they want to be taken seriously. Still a 3rd tier team in my eyes. -JL

Really hope this team goes all in during the winter months.  They have the talent to be a top-8 team at Nationals. -KB

I have a lot of faith in the leaders at MSU. They are rebuilding from the ground up, which takes time and patience, but I have faith they will be a pain to beat come April. -JL

This team reminds me of 2015 Kentucky.  Not a stellar team, but a very promising group of rookies.  Expect MSU to improve rapidly next semester. -KB

Got to credit the leaders for getting their team to go to a juggernaut tournament like King of the Mountain and take a beating. They understand it will only help them improve in the long run. Much respect. -JL

Interesting observation: Every single game UWP has played this year has been a blowout.  Either a blowout win or a blowout loss.  The closest game they have been in was a 5-2 defeat at the hands of GVSU. Weird. I want to see this team against a similarly talented opponent. – KB

Very inconsistent month for Ohio.  They dropped a tourney to Miami, but then avenged that loss with an undefeated tournament and a win over Miami.  They will be tested a lot more in the winter / spring. -KB

Excited to see HF get this team to make a second half push as they have in the past. He is a great leader with a great vision for this program. -JL

VCU is about to have a breakout second half of the season.  But will they be good enough to beat Towson or JMU? Time will tell. -KB

Much love for how quickly this young program has risen since last season. Hard to not want to see them keep winning. -JL

Huge month for Stevenson.  Kris DeJesus is on my shortlist of MVP candidates.  Also, shoutout to Mario Romanelli for having a huge performance in SU’s first win. -KB

Unfortunately do not know as much as I would like about this team. -JL

Miami makes a huge jump, from unranked to #15 this month.  Their win over Ohio is one of the signature wins of the college dodgeball season thus far. -KB 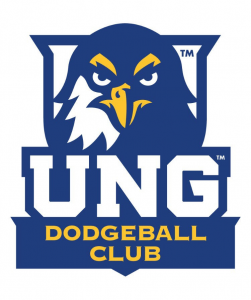 I think this team is the real deal this year. I believe they have the real possibility to be a top 8 team come April, just need to see them play! -JL

How good will this team be come Nationals? I expect much better than they were in 2017. -KB

They need to make up their damn minds about what kind of team they want to be going forward. Do they want to be taken seriously or as a joke of a team? From what I have seen they are leaning towards being a classic joke team. Need to pick up a big win soon. -JL

When will this team have their breakout tournament? Hopefully this winter. -KB

So damn unpredictable I really do not know where to start…yeah. -JL

Akron has a lot to prove during the second half of the season.  There are promising pieces on this team, but they have yet to put it all together. -KB

Where’s my boy Jeff Starr at? Feed him the ball and you won’t lose!! -JL

Fun fact: this program once had a 2-year national title streak.  How times have changed. -KB

Love the amount of games the Cornhuskers are playing this year. Can’t wait to see them at Nationals. -JL

Is this the best Nebraska team ever? -KB

EVERYONE! GO TO THEIR TOURNAMENT IN FEBRUARY, THEY ARE THE REAL DEAL!. -JL

I am dying to see some video of this west coast team in action. -KB