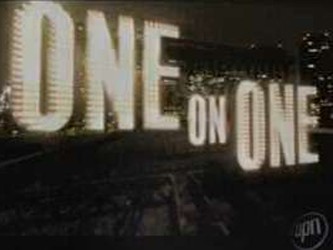 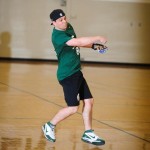 Sam Hiller: Alright Mark, so Nationals is only two weeks away, and while we don’t yet know the pools, who would you say are your favored teams to make a deep run in the tournament and possibly win the National Championship? 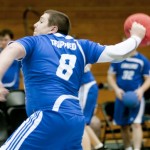 Mark Trippiedi: With the group of teams I believe there are two front runners in the league right now.

First, is Kentucky you can start off with the major advantage that is being the host team at Nationals. They get to sleep in their own beds and also have 100% of their roster with them. This is also building off a season last year where they appeared in the National Championship (losing to SVSU) and from what I have heard they have returned almost every player off that roster. So they were able to get a feel of what it takes to play in the championship and add an entire year of experience under their belt. Finally add their athleticism (arguably the most atheltic in the league) and team leadership to that. They will show why they have the best win percentage in the league at nationals this year.

The other front runner in my opinion is Grand Valley (surprise!). The Lakers are coming off another MDC championship this year where they went 3-0 after playing other great teams like SVSU, and MSU. The team play used can arguably be called the best in the entire league. The roster is well balanced with both throwers and catchers. The roster includes both young talent and experience (3 players who have won a championship ’10) and another 7 who have played in a championship before. They are battle tested in OT this year winning both games that went to OT. And, they have improved greatly since last years National Semi FInal OT loss to SVSU.

SH: I definitely agree with you on those points. When you’re UK and you have the hardest thrower in the league, one of the best floor generals in the league, and home court advantage you’re golden for Nationals. Almost half of the former champions won on their home turf (blame GVSU for that! If Nationals were at GVSU every year of their dominance it’d be 6 of 8). And Grand Valley is Grand Valley, you know what you’re going to get from them.

I’m going to throw a couple more out there: SVSU and MSU. Both teams have five on court losses (MSU has six if you include their forfeit to SV) but of those 10 combined losses 6 were in OT. MSU hasn’t lost by more than a point all season other than their opening game against UK, and SVSU has been on a tear after a poor start to the season.

The problem I have with State is that they haven’t really beaten anyone tough. They knocked off a heavily undermanned SVSU team, but their two best wins are a pair of shutouts of Kent State. But if they’re playing with intensity and fire they can beat anyone in the country. SVSU hasn’t really had their best roster all season, but a glimpse at their roster for Nationals shows they may finally have it.

MT: I agree when MSU is on they can play with anyone in the league. All you have to look at is December when they traveled to Grand Valley and were hundredths of a second away from taking down the Lakers on their own floor. In that game they held a 2-1 lead midway through the second half. For State I think it has to be about focus and not allowing the lapses in team play to happen if they can avoid those they can be one of those teams looking to raise the trophy over their heads.

SVSU also has to be right up there this year, let us not forget they are on a mission to defend their title this year so they know exactly what it will take to repeat as national champions. There has been a lot of talk this year about the amount of seniors they lost before this year, and while a valid point, the Cardinals have reloaded excellently, the young players on their roster have had a whole season to get used to the game. They are still one of the top teams in terms of talent in the whole NCDA, they are probably the most battle tested this season as I think they have played the most OT games this season. I’ve seen it a lot more then most probably have but SVSU can kick their game to a whole new level at points where they can beat anyone at anytime.

I wouldn’t sleep on the Dukes from JMU either as they have shown ability to compete with the top teams in the league, and in some cases not only competing but also winning against some top teams. I have only got to see them play one time but they look like they have a lot of young talent with plenty of live arms, which will help a lot come time to play all those games.

SH: Yeah, JMU is legit too. They’ve taken us down twice this year, but both times we were down some serious firepower. I think for JMU it’s all about their bracket. They have not played well against UK or Kent State in their two seasons as a NCDA member-team, but if they can get MSU in their bracket (a team they are 3-0 lifetime against) I could see a Final Four berth. I think they’re still not ready for a title though.

The team we haven’t talked about so far is Kent State. They’re currently ranked #1, but if you listened to the Alumni Podcast this week, former Golden Flash players didn’t seem that confident in their alma mater. They do have a player I consider to be in the top five in the league in Camden Fullmer, and they have some solid players, but I feel like their team in general is very one dimensional. Not many of their players can do more than just catch or throw. Because of their sheer win total they could always get a great seed on Sunday and make a run, but I think if they have to play two or three of the other five schools they could be in trouble.

That’s it for this edition of One on One, check back in for future installments!

One thought on “One on One: Mark Trippiedi and Sam Hiller on Top Championship Contenders”