Happy New Year to all of you dodgeballers.  As we approach 2017, I am reminded of one of the most well-known traditions that comes with changing years: New Year’s Resolutions.

While I no longer play for any college dodgeball team, I still have an idea on what some of the teams in this league should do with their “fresh start” in 2017.  So, I present to you my New Year’s Resolution suggestions for some of your favorite NCDA teams:

Go undefeated.  Sounds like a pretty tough New Year’s Resolution, but it seemed to work a year ago.  GVSU didn’t start the year too well, but they sit at 13-2 now.  With a lot of big games on the horizon and a chance at a 5th-straight national title coming up in April, the best choice for the Lakers would be to duplicate last year and give up “losing” for a while.  They did it for Lent last year… seemed to work out pretty well.

Get to the Final Four.  This is a pretty lofty goal, but I suggest the Tigers make this their New Year’s Resolution.  TU has been a popular pick for “dark horse” team going into Nationals for like 3 or 4 years now.  It’s time the Tigers take a massive leap forward and become elite.  Not an easy task, but I have seen what this team can do when they are in sync.  They can be scary good. 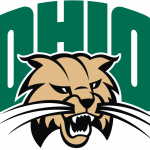 Figure out how to win overtime.  Not trying to sound too critical here, but 5 overtime losses is a lot.  This isn’t a dig at OU, it’s actually a compliment.  Not only did Ohio earn their first win(s) as a program this season, they also played a number of other close games, thus the OT losses.  Just imagine what their record would be if they had a strong OT gameplan.  Ohio, I hope you guys figure out overtime in 2017.  And I hope your first round game at Nationals comes down to overtime and you can get some redemption for the 5 OT losses that you suffered earlier in the season.

Go to Nationals! I guess this isn’t a “change” for them since this is their first season in the league, but I will stick to what I said.  North Georgia should make it to Nationals.  That should be one of their main goals.  This is an up-and-coming team in the NCDA.  I hope we see them show up to Nationals and make a statement upset (kinda like JMU over MSU back in their first season in 2012).  Make it happen UNG!

Start performing as well as your Twitter account.  I don’t want to sound like I am complaining about VCU’s on court performance so far, because this team has had a ground-breaking fall semester for their program.  What I will say though, is that VCU would be ranked #1 in the country if the power rankings were based solely off a team’s tweets.  So, simple goal for the new year: get everyone on the squad working as hard as the VCU Dodgeball Twitter Jockey.

I have no suggestions here.  Undefeated is undefeated.  Nothing needs to be changed at DePaul…

Western Kentucky sits at an unprecedented 7-1 at the halfway point in the season.  What could I possibly say to criticize them?  I guess my only suggestion would be to get more games in.  WKU should go into 2017 with a goal to play in as many tournaments as their finances allow.  It’s obvious that the Hilltoppers have a solid group this year.  They need to focus on gaining experience so they can make the most of the opportunity come Nationals!

Pretend like it’s 2013 again.  Yeah, we get it.  JMU is still a good team sort of.  But they are not at all the same JMU team that was a popular pick to win the national title earlier this decade.  Nationals 2017 is going to roll around and JMU will be driving back to Harrisonburg when the final four matchups take place if they don’t figure out how to get that edge back.  2017 JMU needs to attend way more tournaments, and play dominant dodgeball like I am used to seeing from them.  I remember a day when the Dukes would be upset at themselves after a narrow win over Towson.  now, they just celebrate.  JMU, I hope to see you guys (and girls) get back to your old form this winter/spring.

Central Michigan should approach the new year with the intent to get back to their old self.  Sounds confusing, but it is the truth.  Central Michigan has been to two straight National Title Games.  They were one of the best teams in the country for the past few seasons, but this year has been quite different.  The Chippewas need to pretend like that 3-6 fall semester never happened and get back to being the dominant team that we are used to seeing.  Also, get rid of those uniforms. For real.  It’s disrespectful to make someone as beautiful as Mike Riley put on that awful jersey… I’m serious guys. Buy new ones. Happy New Year.