Y’all. Now that you know you aren’t in Michigan, here is a look into the south. With a long-standing friendly rivalry, UK and WKU are both set to have a standout year. By spring, that rivalry will grow with the return of University of Louisville.

It should be noted that UK and WKU have played in a double header this year; the first ending in OT in WKU’s favor and the second ended in regulation with UK on top.

No longer the most southern team in the league, WKU is looking to cause some waves this season. Slightly enraged by the preseason rankings (Blame Leski), the team feverishly recruited and put together a very solid squad. In WKU fashion, they all can catch and the team operates well as a unit. They team throw and cover each other with counters. As a team, they are athletic, smart and hungry to make an impression. This team is sneaky dangerous.

Led by a core of returners including Josh Wynn, a former Baller of the Month with a cannon for an arm, and captain Nick Johnson, a seasoned on court leader, WKU can easily climb the rankings this year. Sophomore Wilson Horner has stepped up this year with one of the strongest arms on the team. Another of the young guys, Mani Weston quietly delivers and helps to round out the team. 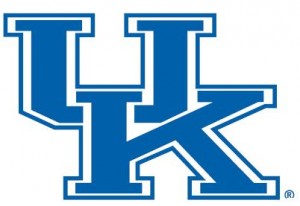 The UK dodgeball team is a lot like high school: freshman, sophomores, juniors, seniors and even a Matthew McConaughey from Dazed and Confused hanging around (alright, alright, alright). An obscure movie reference aside, UK is ready to roll this year. After another solid year of recruitment a little senior turnover, UK sets is sights much higher than reaching the second round of nationals. UK is built on big plays and big runs. When one player stands out, the rest of the team rallies and rolls like a wave. With home court advantage in April, UK is poised to shake things up.

UK is solid from top to bottom. At the top of the age ladder, Brandon Engelman brings a dangerous mixture of high on-court IQ and a dangerous arm. In the junior class, Zach Parise, Ricardo Mechaca, Blake Chandler and several others make up the strength of the entire roster. The youngest players on the team are no slouches either. The freshmen class shows some real talent with solid catchers like Antonio Taylor and impressive throwers like Keiman Jefferson.

To become a legitimate contender in April, UK has to continue to travel well and improve.

Rounding out the three teams in the Bluegrass state is U of L. Lead by new captain Cameron Murray-Hicks, the team looks to compete sometime next semester. Considering the current football season that Louisville is having, the dodgeball team could be competitive. UK and WKU are both very excited to hopefully restart the Kentucky Cup, an instate tournament that ran when all three teams are active. And with all of the other teams starting this year, U of L has a decent shot at getting a few wins under their belt this year.