The 2013 All-Star Game will be unique compared to the previous two All-Star Games. The first ASG (played at Nationals 2011) was Michigan vs The World, with Michigan picking up the win. The Michigan schools got on average six All-Stars, but the World schools only got two each. The game was one sided, with the Michigan schools dictating the game play and pace, and games were played during the second half. Still, it was a great first effort for an ASG, and it was enjoyable to play in and watch. The second All-Star game at Nationals 2012 gave teams All-Stars based on how successful they were during the regular season, and drew players out of a hat on which team they were on. While there was more parity in the game, it looked like the players weren’t as interested in the game. So Zac Brown (UK #13-C) has come up with an alternative for the next ASG.

The 2013 All-Star game will be two forty person teams, playing twenty at a time, play two twenty minute halves with twelve balls on the court. Each team is currently projected to get four All-Stars, and each team will send in their All-Stars (along with a picture and short bio of each player) to Zac. Then the two teams will draft the 80 All-Stars. Each team is captained by two players from across the league- The Brave Little Toasters are headlined by Dan Shackelford (Kent #33-C) and Felix Perrone (WKU #76-AC), and the Monstars are led by Sam Hiller (MSU #87-C) and Zigmas Maloni (DePaul #68-A). The two teams will select the players, and then their captains will do their best to bring their teams victory at Nationals. 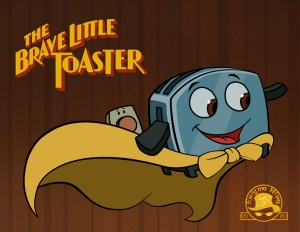 The Brave Little Toasters are led by Felix Perrone and Dan Shackelford. Felix is a former All-Star himself, and is one of the best captains in the history of the NCDA. Dan has led Kent State to a 17-6 record so far this season, as they try and surpass their most games played record they set last year. Both guys have something in common though, these pictures are oddly similar: 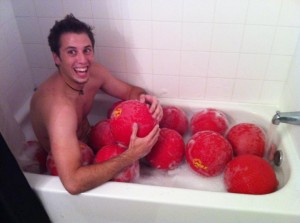 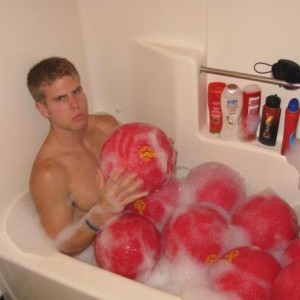 Right? They also are very good dodgeballers with power arms and they are both fiery players. Expect them to put together a good team to try and win the 2013 ASG. 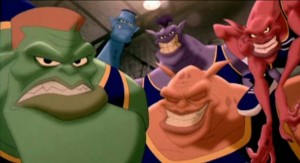 The Monstars have Sam Hiller and Zigmas Maloni as captains, two former All-Stars who were actually the combo of the first headshot in ASG history. With Sam representing the state of Michigan, and Zigmas representing the West Region, the original four regions are all represented by captains. Both Sam and Zigmas are good players, Sam more on the defensive side with good catching and leadership, and Zigmas with his catching and strong accurate throws, but it is also their work off the court that is important to the game.

The Brave Little Toasters and the Monstars will both try and pick up the win, but both will try and play an entertaining, free flowing game that will be fun to watch and give spectators something to enjoy and a team to root for.