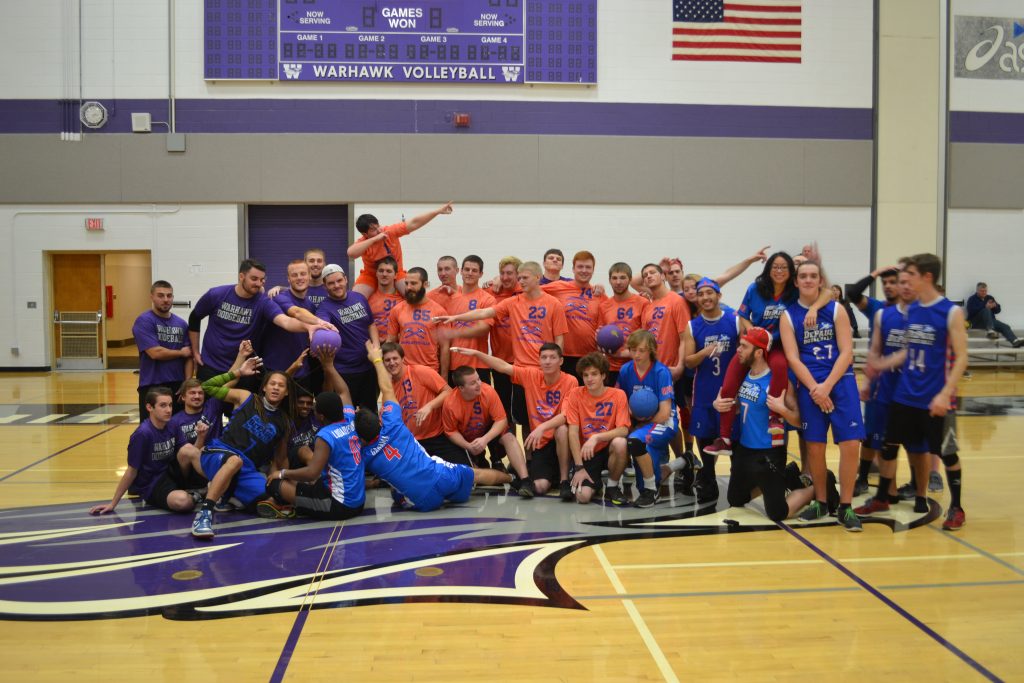 On December 4, 2016 Platteville, Whitewater, and DePaul came together to play in the Whitewater Winter Basher in Whitewater, Wisconsin. With Whitewater’s first game, the league officially added another club and Platteville is no longer the only team from Wisconsin.  Let’s take a look at the results of the games played. 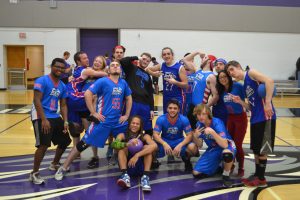 UWP def DePaul (2-0) – This was the first game of the day and it was a good one.  It is one of the lowest scoring games I have ever played. This surprised me because of the fast nature that these two teams like to play. The team that DePaul brought might be one of the most talented and competitive teams I have seen come from there in my dodgeball career.  They have a lot of great catchers and guys that can throw,which should provide some tough matches for teams next semester. This game only ending up having two points and both were scored by Platteville. The first with about 11 minutes left in the first half and the second with about6 minutes left in the second half.  What made this a low scoring affair was the fact that both teams were making catches and the game was really either teams to win. Platteville was able to come out on top due to some great team throwing down the stretch to seal the deal. That was the third time that these teams played this year and Platteville is looking forward to playing them again next semester. 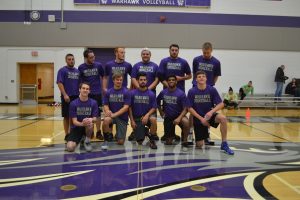 DePaul def UWW (3-0) – I was surprised at how well Whitewater played against DePaul.  They are an athletic bunch, worked well together as a team, and made a lot of catches to keep them in the match.  At times I thought they were going to get a point on DePaul, but one of DePaul’s captains, Brian Hymel #55, kept making some big catches that took away the Warhawk’s momentum.  In this match DePaul took a point in the first half with about 11 minutes left, their second point in the second half with 19 minutes left, and the final point with 7 minutes left.  The next match between these two schools should be interesting especially if Whitewater gets grip throwing down. 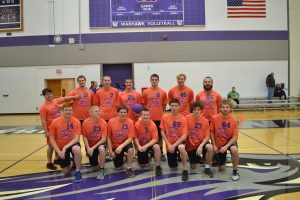 UWP def UWW (6-0) – This game was a little tougher for Whitewater. Platteville was warmed up from their first game and ready to go. UWP scored 3 points in each half and a big part of their success against Whitewater was because of Brandon McCullough #1. He did exactly what he does in practice and that is catch. Matt Bautch also was a key factor in both games helping secure wins for Platteville with his excellent throwing and catching ability.  Whitewater played well for their first tournament and I can’t wait to see what they can do next semester.

First off, I would like to thank Whitewater’s leaders and team for hosting, it was a blast and it is always good when you can make new friends. I also like to thank DePaul for coming up and helping the Warhawks learn the game.  I can’t wait for these teams to meet up come the end of February at Platteville’s home tournament. Hopefully, Whitewater can bring the same guys and make these games even more exciting to be a part of.