Well, folks this marks the last NCDA event of the 2016 calendar year and it should be a good one.  The Whitewater Winter Basher (hopefully there will be a lot of head bashing in these games) will involve three teams and all have met before at Platteville’s 6 vs 6 tournament back in October. The teams are Whitewater, Platteville, and DePaul.  This time around though Whitewater will be experiencing their first 15 vs 15 matches and they are looking forward to it.  The games will be played at the Williams Center on the Kris Russell Volleyball Arena courts. Whitewater’s induction match into the NCDA League will be against DePaul, who has participated in 5 total Induction Matches across their history. For this tournament, the Warhawks, Platteville, and DePaul will have 15 players. Our head officiating referees for Sunday will be alumni Brandon Chappell, former president of UWP Dodgeball Club and alumni Zigmas Maloni of DePaul, Director of Officiating for the NCDA.   Let’s take a look at the match-ups.

Platteville vs. DePaul-  This marks the fourth time this year that these

two teams have played each other.  It should be an interesting to see how this game turns out as the games so far have been very competitive between the two.  DePaul will be bringing a younger squad, who are already two weeks into a six week winter break. Who knows what to expect from them.  Platteville will be bringing a squad without its captains which should give them a chance to grow as a team and see what younger players step up as leaders. No matter the results of this game both teams can agree that it is always a fun time playing each other.

DePaul vs. Whitewater-  Now, this game I think could go either way.

Most of DePaul’s squad will be made up of younger players, so they might evenly match up with Whitewater.  The results of this game will come down to how the inexperience affects either team. I can’t wait to watch this match; it should be a good one. 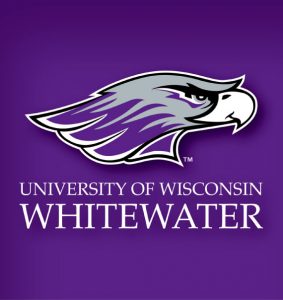 6 tournament, I can say one thing about them.  They are a competitive bunch and every point of this match should be a good one.  They are not afraid to attack you or go for catches.  It should be interesting to see how they handle the 15 vs 15 style of play and if they can get any points on Platteville.

On a side note, with Whitewater’s induction match, it marks the 44th school to participate in the NCDA.  It will bring the grand total up to 29 active teams for this year.