Nationals 2016 was just over a week ago, but that doesn’t stop the content team from producing some articles.  This will be the first in a series of Way-Too-Early Top 15 rankings for next season.  Below is my personal opinion on who the tops teams will be heading into next year.  If you are interested in making a top 15 list of your own, feel free to contact any member of the content team and we will make it happen.  If you disagree with my list I expect to see your own top 15 written up!

Well, this should come as no surprise.  Sure I may be biased since I am a former GVSU player myself, but there is no other option at #1.  Grand Valley State has won four straight national titles!  It’s hard to argue with that type of consistent success.

I know what everyone is going to say: “GVSU won’t be able to replace their seniors.  They lose way too much talent; they are going to drop off next year.”

I wholeheartedly disagree.  This team is positioned to be even more dominant next year than they were in 2015-16.  Brandon Meisel will take over as captain next year.  He will have quite a cast of athletes to work with too.  GVSU’s 2015-16 rookie class is on pace to be one of the best classes in NCDA history.  Aaron Krafft was all-around the best rookie in the nation last year.  Sam Stockdale (2016-17 Assistant Captain) is already a Laker legend for his performance in the national title game.  Jacob Devine will be the best catcher in the NCDA next year, and most of you probably don’t even know what jersey number he wears.  Meisel played on a torn ACL and MCL for half his rookie season but still managed to throw harder than anyone else of the team.  Surgery is in May, so don’t get your hopes up, he will be back to 100% by October.

GVSU also will return Ben Tubergen who had a breakout year this past season.  Logan Rohloff will step into the role of assistant captain as he attempts to make the transition of leadership a smooth one.

McCoy Wondergem and James Reyes will soon be household names in the NCDA.  Kurtis DeYoung is a future All-American, no question about that.  I’m leaving a lot of names off this, but rest assured, the future of GVSU is bright.  Don’t be surprised when the Lakers are celebrating a 5-Peat next April.

Credit where credit’s due.  CMU had quite a solid roster returning.  The Central will need to replace two legendary Chippewas (Brett Hadwin and Jacob Leski), but they return everyone else.

The league needs to stop sleeping on Michael Riley.  This guy is one of the best all-around players in the NCDA.  Ian Ryan has developed into a great player for the Chips as well.  Those two guys will be counted on a lot next year.

Shane Willette and Zach Bachner are proven leaders, and both of them are extremely dangerous on the court.  Scott La Valley is better at dodgeball than I ever expected him to be.  No doubt he will make an even bigger name for himself next year.

The list goes on and on for CMU too.  This squad has tremendous depth.  I won’t be shocked at all if we see a third straight GVSU vs. CMU championship game next year.

I’ll take SVSU at number three.  Despite the fact that they must replace two of the best players in the league (Cody Putnam and Kyle Foster), I still expect this team to come back stronger in 2016-17.  SVSU tends to be underrated each pre-season, so I’m making it a point to give them some credit.  This team has some great pieces in place, and they will certainly recruit more stars next fall.

2015-16 Rookie Nick Hazergian is a star in the making and he is already a known commodity throughout the league.  I have complimented him frequently in the past, so I’ll just leave it at this: he is a top-5 thrower in the NCDA already.

Another rookie that deserves some recognition is Kyle Bruce.  Let me tell you right now, this guy is All-American caliber.  I will not be one bit surprised when he has a monster season in 2016-17.

Joe McCumber has developed into quite an offensive threat.  Jonathan Airbets, I’ll be honest, you have exceeded every expectation I had for you as a player.  Kenny Mize, here’s your shout-out too: I more than expect a breakout 2016-17 for you.  The NCDA might not be ready for each of these guys to improve on a solid 2015-16 season.

Give me Towson at #4!!!  Yeah, that’s right.  Towson to the Final 4 next year.  The pieces have masterfully been put into place by a few Towson legends, Sean Smith and Jonathan Shaw.  Towson has been climbing each year, and I truly believe that the foundation is set for TU to make it big next season.

I won’t talk anymore about Smith and Shaw.  They did a tremendous job setting this team up for success.  But onward to the future for TU.

I truly believe a Final 4 bid is on the horizon for the Tigers, but it will depend on two things.  First off, can TU replace their leaders?  TU was a very organized and motivated team this past season.  If they can continue this in the absence of a few graduating leaders then they will be in good shape.

The second thing that will make or break this team is experience.  When I say experience I don’t mean having veterans on the team.  They have the pieces in place already.  What I mean by experience is in-game experience.  Towson, listen to me.  If you can get between 15 to 20 regular season games under your belt next year, it will be a much happier ride home from Nationals.

Michael Hinely will be an All-American in 2017.  Joe Rindone will become one of the most feared throwers in the NCDA since Wes Hopkins.  Jeremy Brown will continue to make a big impact. Todd Givens Jr. is still a serious talent.  To name one last player: David Guare has an extremely bright future ahead of him.  I like the way that kid plays the game.

Bottom line: Towson has enormous amounts of potential next year.  I distinctly remember Hinely talking to Shaw in the locker room after their heartbreaking overtime loss to Kentucky at Nationals.  Shaw was expressing his disappointment in the loss, but Hinely quickly cut him off with this succinct statement: “We aren’t going anywhere”.  Hinely could be right about that.  TU has the pieces to continue their rise up the NCDA ranks.  I am excited to see how it all plays out.

This team really is a mystery to me.  I am hearing the O’Brien might be back for the Spring.  Same with Zajac.  Those are two great leaders for MSU, so it would help so much if their NCDA careers were not yet over.

I’ll look past it for now and discuss what is left for MSU regardless.  I’ll start with Lucas Salinas who I believe is the new captain.  I have been very impressed with his progression as a player, so I won’t be surprised when he turns out to be another successful captain for MSU.  Noe Galaviz is still an outstanding player.  He will be back to give MSU a boost next year.

And of course, we have Wes Peters.  AS much as it pains me to keep giving this man recognition, I have one thing to say.  Wes has a history of being a successful leader.  I don’t expect him to let MSU drop off very much even with the loss of so many stars.  MSU should once again be near the top of the NCDA in 2016-17.

This is where I start to have much less knowledge about the teams on this list.  I know that JMU will have a new captain, as Derek Pierce is graduating.  I won’t speculate who it might be but rather, I will predict that they will take it upon themselves to improve the talent on the roster.

In the past, JMU was known to have an extremely athletic roster, but this past year it seemed like they dropped off a bit.  That is partially due to talent, but also because of the lack of experience.

I think that the young players on this team will develop nicely in 2016-17 and JMU will be on the right track towards being a top tier NCDA team once again. 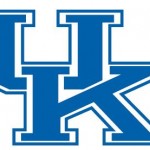 UK was once again pretty impressive at Nationals.  Seems like every year they surprise the league during the season’s final tournament.  I really don’t know a whole lot about this team, but from what I am told, they return basically everyone.

If UK can improve the number of regular season matches they play, I expect them to be a serious threat in the NCDA next season.  Also worth noting, this team has some solid home court advantage.  If UK earns the right to host Nationals, it will be yet another strong finish to the season for the Wildcats in 2017.

Josh Conner graduates and leaves a serious void in Columbus.  His leadership over the past few years helped OSU transition back to being an elite NCDA team.  I think that OSU will be losing a decent amount of varsity players to graduation, but I still think they are a top-8 team in this league.

Jeff Starr is likely the headliner for OSU.  He will be back to help lead the Buckeyes.  If Ohio State can duplicate the intensity they brought to Nationals, I think they will do just fine next season.

I am really drawing a blank here when it comes to who graduates and who returns.  What I do know is Kent always has stellar top level talent.  I also know that they make it a point to travel often and play as much dodgeball as they can during the regular season.  I will not be surprised at all when Kent is just as good if not better next year.

This is certainly a bold pick.  I still have not really seen BW in action very much, but I only here good things about them.  If I was a betting man, I would predict that TJ Levitsky Jr. leads his squad to becoming a top 10 NCDA team.  That is a tall task, but I have high hopes for Baldwin Wallace.

I was very impressed with how competitive this team was at Nationals.  They were much better than a 16 seed in my opinion.  My hope is that UWP recruits some talent to replace a guy like Matt Bautch.  IF UWP can get a good rookie class, and schedule a solid amount of games, they will be a force to be reckoned with.

One thing I know for a fact is that Dominique Warfield wants to win as much as anyone in the NCDA.  WKU was much better this year than in 2014-15.  I think they will continue their improvement into 2016-17.  The Hilltoppers are closer than they may realize to becoming a solid team.  A few small improvements will go a long way for them.

I don’t have much knowledge on this team.  I know they were good enough to be a 10-seed in 2016.  They shouldn’t be much worse if at all in 2017.  Look for PSU to step up and schedule more tournaments next season.

VCU was one of the pleasant surprises of 2015-16.  I really have a lot of hope that they continue to improve next year.  Is VCU an up and coming East Coast team? No doubt.  Are they ready to make the leap to contending for a quarterfinals birth?  Only time will tell.

Akron was another pleasant surprise this past season.  In all seriousness, they have some real talent on their roster.  Another year of experience will only make this team better.  Also: Cole Kraft was one of the best rookies in the NCDA this year.  Remember that name.