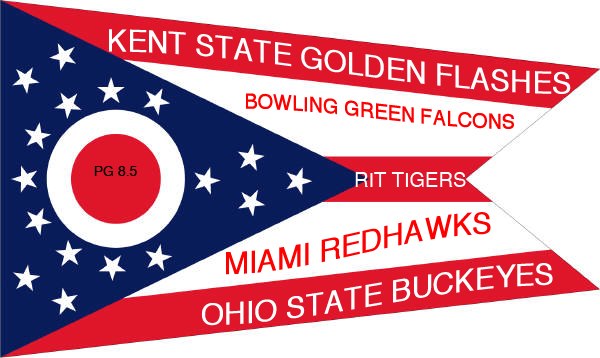 Ohio State will host the Ohio Dodgeball Cup on February 2nd, currently including the Buckeyes, Kent State, Bowling Green, Miami, and non-Ohio school Rochester Institute of Technology. The tournament will feature three founding teams of the NCDA, a former National Champion, and some of the best players in the NCDA. Unlike the Michigan Dodgeball Cup, which is held in East Lansing every year, the ODC is switching from Kent, where it was the previous two entries, to Columbus this year. Last year’s ODC was a weird tournament- Kent State, OSU, and BGSU all went 2-1, and RIT went 0-3. This year could be the same way. Kent State, OSU, and BGSU are all known entities, and all three could beat each other up, but RIT and Miami are wildcards and could pull off some upsets. 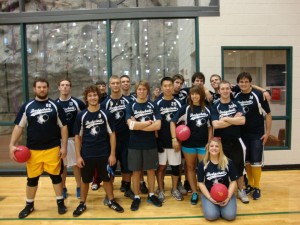 Kent State is currently ranked #2 in the NCDA, and they will likely stay in the top two the rest of the season unless something crazy happens. However, they can’t sit lightly on the fact that they’re the top ranked team at the tournament, because they were last year and they dropped a game. The Golden Flashes are also going to have to deal with the loss of Jason “Machine Gun” Hallman (Kent #65) who, along with Bill Cameron (Kent #3.14), drew dodgeballs and were the front line of defense for Kent. They might have to rely on their offense more, or catch more than they’re used to, to win the tournament. Luckily, they have the best one-two punch for the tournament in Camden Fullmer (Kent #13-C) and Dan Shackelford (Kent #33-C). Both players can throw a ball through the wall when they’re on, and Fullmer is also an excellent catcher. Kent also has a variety of different players they can throw at the opposition with varying speeds and throwing motions to eliminate players. They have had moderate success at OSU, going 2-2 there this season. They’ve also dominated the competition so far this season, going 5-1 against teams that they’ll play this year at the ODC, and they’ve played everyone except RIT. 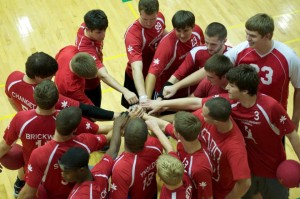 The host school Ohio State is #10 in the country after picking up their first two wins of the season at Miami. They lost to a tough Kentucky squad, but defeated both Kent State and Miami. The Buckeyes started off the season slowly, with a disappointing showing at their own tournament, but they have definitely turned the heat up and have been playing great as of late. Chris Stringer (OSU #34) is throwing in the high 70s, and they still have a phenomenal catching unit. To knock off Kent State this time around, they’re going to have to maximize their strengths (defense and teamwork) while avoiding playing Kent State’s free flowing style of game. If it turns into a ball possession battle, advantage goes to whoever plays smarter. Against BGSU, Miami, and RIT, the Buckeyes will have to force their tempo onto their opponents and catch solo throws. 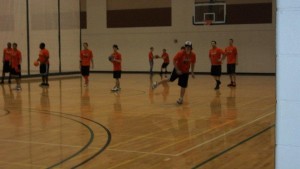 #14 Bowling Green is led by Brady Etzler (BGSU #4-C), and he’s the main source of their offense. He’s got a cannon arm, and if he’s feeling hot he can carry them to some victories. However, he’ll need some help if they’re going to win this thing. They have a few other power arms, and some catchers. Their only win is against DePaul, but their losses have been a little discouraging. The Kent State loss (3-0) was called at halftime, and their other losses (to MSU, CMU twice, SVSU, and GVSU) weren’t really close either. Granted, those losses are all against top competition, but they’ll need to play up to their competition if they’re going to win the ODC. 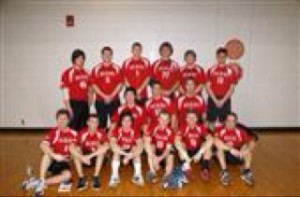 Miami (OH) comes to the ODC with the #15 ranking, but they’re 0-8 on the season. They have been somewhat close in their losses, but they have one non-forfeit win in the past three seasons (last year vs Towson.) Expect them to play hard though, similar to how they played at Nationals 2012, where they played close to JMU and MSU. 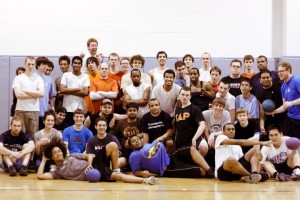 Not much is known about RIT, who hasn’t played a game so far this season. Last year they made the trip to the Ohio Dodgeball Cup, and despite losing all three games at the tournament last year, they were competitive score wise in all their games. This tournament starts a busy month for the Tigers, as they will also play in the BEAST II, where they’ve drawn VCU, Kent State, SVSU, and WKU. Getting their first win in school history would be pretty significant for RIT, so watch out for the Tigers.

“I think this years ODC will be interesting, last year we had a three way tie for first and I expect the same amount of competition this year. One team I am looking forward to playing is RIT, when we played them last year, they were very competitive and I expect the same this ODC. The other team I am looking forward to is BGSU, they are the only team besides RIT we haven’t played this year.”

“Kent State is looking forward to the match ups at the ODC. We always enjoy battling for Ohio with our local squads and am excited to see how much RIT has grown in the last year. Our goal is to sweep this tournament with our firepower. We will be looking to strike back at Ohio State for our loss to them at Miami in December. One of our top priorities is to get some much needed experience to our young bloods. Kent State has a crew of freshman who are showing remarkable potential, passion and dedication to the sport and we are looking to get as much tournament experience to them as possible.”

“I’m not sure what to expect out of us. We’re better than our record shows, and we’ve yet to take a full team to a tournament. On the other hand we probably should have won a couple more games that we [wasted] away and don’t bring consistent teamwork every game. We probably should have won ODC last year but we blew it against Kent. We have a solid foundation in place, and we’ve recruited pretty heavily since we got back to school. It’ll be great competition for the new guys and a good test to see where we are.”

The 2013 Ohio Dodgeball Cup is certain to be a great tournament, and all five teams have a shot to win it.