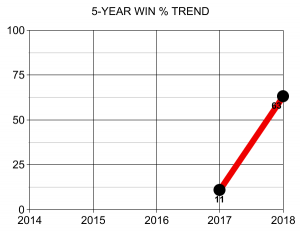 Season Preview: The Miami Redhawks had a breakout season in 2017 with a program record of 15 wins. At the beginning of last season, Miami was not even in the discussion for a Top 20 spot in the Power Ranking, but now they are a staple in the league being ranked 11th. This season we should expect the Redhawks to break into the top 10 and be in contention for the ODC.

The Good News: Miami is the only other team in Ohio besides Akron to not lose a single player in their OT6. Dominic Tyburski and Tom Morand will be working for spots on the All-American list. In addition, The Redhawks will have the most experienced roster to date and more arms than a majority of the teams in the league. They already have a few recruits that will round out there roster and push them into the Top 10.

The Bad News: They lost their captain Bobby Bennett moving into this season. This will force their new captains Tom Morand, Austin Michael, and Henry Ferguson to step up and fill Bobby’s shoes.

Our Call: Miami has quickly ascended into relevance in the NCDA after re-joining the league a few years ago.  Last year was a huge year for them, as they went from unranked to nearly top 10 by the end of the season.  If they can continue to out-do our predictions, then this team may find themselves battling for a Quarterfinals spot, maybe even Final Four.