Towson Dodgeball has had quite the journey as a member of the National Collegiate Dodgeball Association.  The Tigers joined the league along with fellow east coast schools James Madison and Maryland back in the fall of 2011.

Unfortunately for Towson, it hasn’t been the smoothest ride the past four years.  The good news though, is that TU has made a gradual improvement as a team, and they now stand as a potential top five team nationally.

For starters, Towson will bring a very solid core of leadership into the 2015-16 season.  Captain Jon Shaw is back for another year.  He has been recognized as one of the more talented players in the NCDA and if he continues to play solid dodgeball it could mean big things for TU.

Assistant Captains Sean Smith and Todd “TJ” Givens are also back this year.  Sean Smith has been a leader for this dodgeball program from the start, so having him on the roster will be an asset to the team’s development, especially with the number of young talented players on the roster.

Todd “TJ” Givens is one of the Towson players that impressed me most at Nationals 2015.  He seems to be a playmaker above anything else.  He has a balanced skillset as a whole, but what got my attention was his ability to make the big play.  Look for Givens to be a centerpiece in Towson’s puzzle this season.

Further solidifying my confidence in TU is the fact that Sean Smith recently claimed this is the most talent they have ever had in the club.  Smith mentioned that they had over 100 kids in attendance their first night of dodgeball this semester, and it is looking like they will have a stellar recruiting class again this season.  Smith mentioned one player in particular has turned heads.  This rookie is in Smith’s words “by far the best rookie we have seen in our program”.  Bottom line is the young talent will certainly be there for Towson moving forward.

This season is a very intriguing one for the Tigers.  For once Towson has big time expectations.  Towson, as many may remember, pulled off the most impressive upset of Nationals 2015 with a first round victory over Ohio State.  It is now up to Towson to take the next step and make another stride or two this year.

I don’t think anyone needs to mention to the players on Towson’s team that they have yet to beat East Coast rival James Madison.  Not to mention they haven’t had the best run in games against instate rival Maryland.

While Towson proved quite a bit last year with their remarkable performance in the season’s final tournament, they still have a lot on their to-do list.  With a roster oozing with both talent and experience, I wouldn’t be surprised if the Tigers take another step towards becoming an elite NCDA team.  Only time will tell. 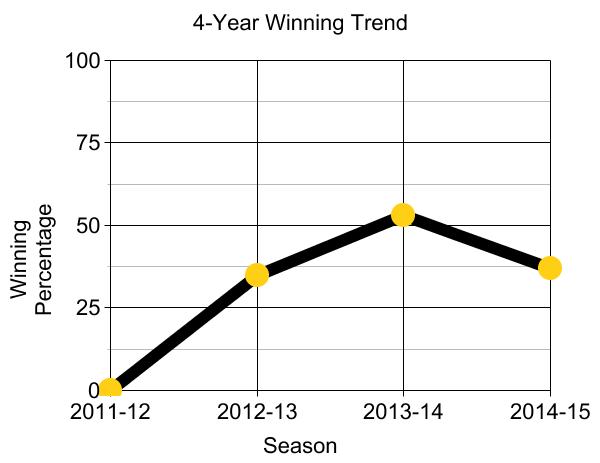