National Tournament Finish: Lost to Towson in 1st Round

Ohio State enters the 2015-16 season standing in an interesting place.  Or maybe I should say that nobody is really sure where the Buckeyes actually stand.  The fact of the matter is that this team had a solid regular season in which they were the top team in the Ohio Region, but when Nationals came around they fell in the first round to underdog Towson.

While a certain college football team from Columbus is coming off a national title with even bigger aspirations for this year as the look to repeat as champions, the dodgeball team at OSU is in more of a rebound mindset.  Don’t get me wrong, OSU was no joke last year.  They were as I already mentioned the best team in Ohio.  Beyond that, they had several close matches with elite NCDA teams including an overtime loss at the hands of James Madison at Nationals.  The issue is just that they weren’t able to finish the season the way they had envisioned.  OSU was far too talented to have a first round exit at Nationals.

Heading into this season, Ohio State has been mentioned as a possible Final Four school.  There are certainly a few reasons to believe this hype.  First off, the Buckeyes bring back a solid group of leaders.  Head Captain Josh Conner is back for another season at the helm for OSU, and he has two solid assistants in Jeff Starr and Marshall Winterbotham.

Starr has certainly developed a reputation throughout the league thanks in large part to his strong arm.  Starr has a very quick release when he throws, and his ball has a lot of movement on it, making him one of the more dangerous throwers in the NCDA.  Winterbotham might not be a name that everyone in the NCDA recognizes, but you certainly should.  He has proved to be a valuable part of OSU’s game plan due to his skills as a catcher.

In terms of the impact that Josh Conner has on his team; he is certainly a strong all-around player and he is a vocal player on the court as well.  One image that has really stuck with me from this past year’s Nationals is in the waning seconds of regulation in OSU’s match against heavily favored JMU, with the scored tied, I remember watching the chaotic effort by OSU as they attempted to close out a point in regulation to win the game.  Conner happened to be on the court and with little time left on the clock I remember him running up near the throw line without a ball in his hand, as Brent Gromer (JMU’s hardest thrower) was running right at him.

Conner did not make a catch on Gromer from what I remember, but the bottom line is: that effort in a sense symbolizes what it means to be a leader.  Sacrificing for the benefit of the team, even if that means possibly being decapitated by a 70 mph throw.

I could go on and on about that but the main point is that Josh, along with the other leaders of this team will do whatever it takes to have success.  The Buckeyes are senior heavy according to their captain.  They have approximately 10 seniors on the roster, which proves that experience will not be an issue this season.  With so many teams vying to break the state of Michigan’s streak of National Championships, OSU may be one of the leading candidates to do just that.

OSU claimed their position as the best team in Ohio last season, but they certainly didn’t finish out the season the way they hoped to.  Despite the end of season struggles, expectations within the program are very high.  I have to say that I am pretty confident they will come through in a big way this year. 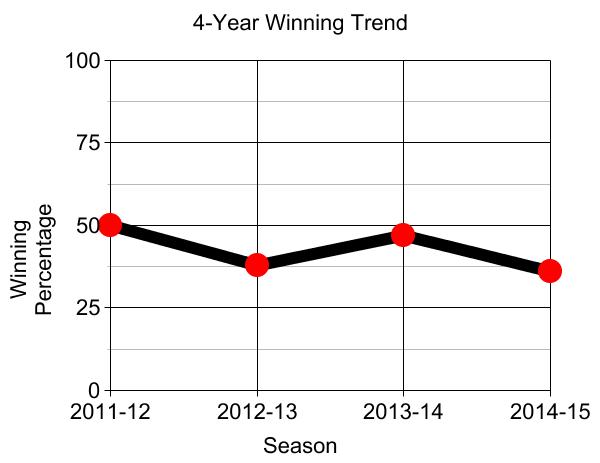