**These goals are endorsed by WKU Captain Josh Raymer and Alternate Captain Felix Perrone and do not represent the goals of other team captains or the NCDA as an organization.**

GOAL ONE: Double the number of teams in the league and maintain the teams currently in existence.

GOAL TWO: Create an executive board comprised of representatives from each team who can elect a President, Vice President, Secretary, and other pertinent positions.

GOAL THREE: Have a complete website with Flash elements that is updated daily by representatives from each school.

GOAL FIVE: Assuming Goal Four is met: develop set schedules for each team in the league.

GOAL SIX: Develop a recruitment package for potential teams that includes a video explaining league rules, a DVD with game footage, a contact sheet for the league and a guide with tips and instructions for starting a team.

GOAL SEVEN: Assuming Goals One and Four are met: change the format of Nationals to include only the top two teams from each division.

GOAL EIGHT: Assuming Goals One, Two and Four are met: have members of the executive board decide on a rotational schedule for Nationals among schools from each division.

GOAL NINE: Land a story in a major sports publication, such as ESPN Magazine, Sports Illustrated or Sporting News.

GOAL ONE: League representative Mike Zimmer will conduct research to find universities where dodgeball events are taking place. He will make contact to request approval for shipment of the promotional package. After that, he will contact the captain of the university nearest the prospect to suggest attending that event. It will be the responsibility of that captain to help establish a program at that school.

GOAL TWO: Establish the positions and their responsibilities at the 2009 National tournament. We should look to elect people to these positions before the end of the current school year.

GOAL THREE: Set aside future sponsorship money to put toward a fully developed Flash website. This will probably cost between $2,000-4,000. Raymer has a potential contact for this project, but funds would be needed.

GOAL SIX: Members of the executive board would help assemble the necessary components of the promotional package. Different team leaders could be responsible for creating a guide, a rules video and assembling game footage.

GOAL NINE: League representative Mike Zimmer would contact various media outlets and promote upcoming NCDA events. Should those outlets be interested, Zimmer would put that outlet in contact with those responsible for planning the event.

CHAMPION BRACKET* Teams that are expected to join the NCDA next season. 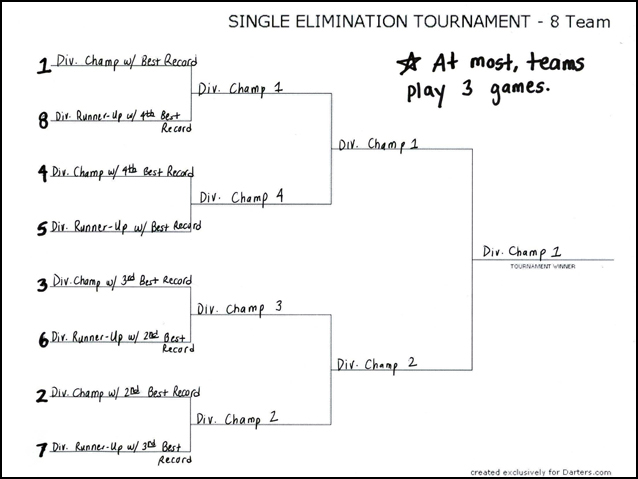 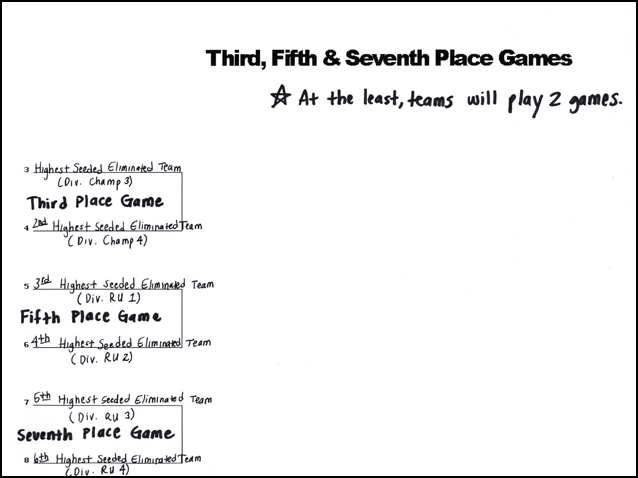