As stated previously, Penn State performed well enough in their home event to finish 3-0 on the day.  There were a lot of athletes that stepped up for this team.  Damien Pazuchanics was definitely a top performer, and needed to be in order to help his team secure close wins against Ohio and VCU.  Some other players to note were Sami Beining and Jake Saam who played well throughout the day also.

PSU had a part in what was probably the two most exciting games of the day.  This included their 4-3 OT win over Ohio, and their 3-2 win over VCU while scoring the last point with just over a minute and a half left.  In their match with Ohio they actually held a 3-1 lead at halftime but let it slip in the second half.  They were still able to pull out the overtime win thanks to Ken Russ and Jeff Schwartz who were able to outlast Ohio’s Caleb Arnold in the last moments.

The biggest takeaway from the weekend for Penn State is that they still have some strong arms on the team despite the loss of Robert Cameron.  Going forward, it will be interesting to see where/how much this team is able to travel outside of just Nationals.  The extra experience would be valuable for this team who needs to add a little more games to their resume to be considered serious contenders down the road.  The talent is certainly there, and they will be able to win some games on that talent alone.

For VCU, there were a lot of players that had important roles during the event.  Andy Galloway stepped up as a big thrower for the team, and Tre Edmonds had some key catches to add.  Unfortunately, RJ Morgan was hurt during the game against Penn State, and there is no timetable on his return.  Being one of VCU’s overtime 6 members, this will be a pretty big blow for VCU in the future.

The Rams have finished 2-1 in 5 out of their 7 total tournaments this year, and 1-1 and 1-2 in the others.  While this definitely shows the upward direction the team has been heading in, it has been hard for them to get over that 2-1 hump.  Their lone loss this weekend came against PSU.  It is always tough to beat the home team, especially when travelling a considerable distance.  However, the expectations are higher for this team than in the past, and they are still looking for that elusive undefeated weekend at some point this season.

An interesting thing to note for the Rams, this is the first time this season at a tournament where they haven’t given up consecutive points within a match.  Repeating this level of tenacity and consistency will be very important if VCU hopes to run the table at Nationals. 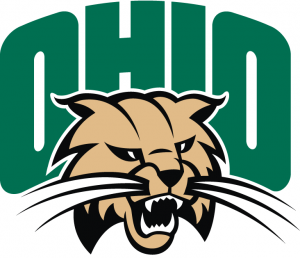 The good news, Ohio was finally able to get their first win over Akron!  The bad news, they are still searching for their first overtime win.  Let’s focus on the positives first.  Their win over Akron marks the first win in program history over what would be an “established” team, in other words, a team who has been in the league for over 1 full season.  Their match was close with Akron once again, but it was a convincing win nonetheless.  On top of that, this team showed a lot of competitive energy throughout the day.  This was highlighted when they had to comeback from a 3-1 halftime deficit against PSU in order to send the game into overtime.

Once again, Caleb Arnold played a big role for his team.  His leadership and direction were important in helping his team find energy against both PSU and Akron.  Adam Hynes also came up big for the Bobcats.  There were times throughout the day where he came up with some big throws in order to provide his team with a spark.  Some other players to note were DJ Murdock and Kyle Smart who make up some of their consistent overtime players, and had big games in their win against Akron.

I’m very curious to see how this team handles themselves going forward.  Their win over Akron might have been the mental barrier they needed to break in order to compete against some of the other Ohio schools.  Some particular matchups we will need to watch out for in the future include BGSU and OSU.  Those are two teams that Ohio has the potential to upset, and could cause quite a stir in the NCDA.

This past weekend was definitely not Akron’s best.  One disclaimer that can be made in their defense however, they had to travel with 12 players total, 2 of which it was their first time ever playing in the NCDA.  It is pretty tough to overcome that kind of deficit at the start of every match, but at the end of the day it’s the win and loss column that matters.

There were some bright spots for the Zips.  Joey Stack and Josh Lyons both had good games against VCU, plus Adam Pfeifer and Colby Briceland both came away with some solid plays throughout the day.  The most impressive performance of the day however came from Russell Bolender.  He was the lone Akron player against 9 of PSU’s and was able to take down 7 of them before finally getting out.

Like I said previously, Akron was at a disadvantage going into every match, but they competed well given their circumstances.  I really like the demeanor of this team.  They never truly feel like any game is out of reach for them, and frankly a large majority of their games have been within 1-2 points.  Despite the poor showing at PSU, there is still some fight left in this team, and I will be very curious to see how they perform at the Ohio Dodgeball Cup (ODC).