Things always get heated when Michigan State travels to the Ryder Center to face off against Saginaw Valley, and the two have had a great rivalry over the years, with almost all the matches being close ones.

On January 27th, we’ll have the first Michigan battle of the year, as the Spartans will travel to Saginaw to play SVSU. #4 Michigan State dropped their last game to #3 JMU 2-1, but that was with only 14 players and they were down 6 power arms. #6 Saginaw Valley State won their last game against #5 GVSU 2-1, but were dropped earlier in the season by MSU 5-0. This time however they’ll have Spencer Jardine (SVSU #77) and Jordan Elliot (SVSU #11), two power arms the Cardinals were desperately lacking at the OSU Round Robin. The game between MSU and SVSU is always a heated one, and well fought by both sides. SVSU leads the all-time series, and have won 4 of the last 6 games against MSU, including all three games last season. Saginaw Valley is a very different team at home than outside of the Ryder Center, and the Cardinal Gym will be hopping for the game against the Spartans. 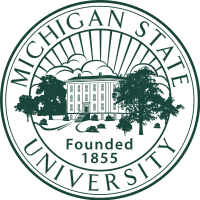 Michigan State is led by a core group of seniors, and they’re looking to pick up State’s first win at SVSU. Although they’ve been hit by the injury bug, Michigan State still has the firepower and defense to take down Saginaw Valley, and the Spartans would love nothing more than to knock off their rivals on their home court. A win here would also give MSU some great momentum going into the Michigan Dodgeball Cup. For MSU to win, they’re going to need to play smart- eliminate the Cardinal power throwers early, and team throw on the catchers that SVSU has. They’re also going to need to not let the Cardinals’ home court advantage get into their heads. They’ll get back some of their power throwers they didn’t have in that loss to JMU, and they’ll likely have the upper hand when it comes to pure power in the lineup. 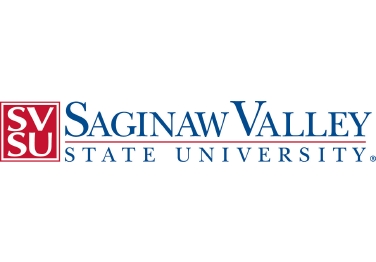 Saginaw Valley will be more like the team that upset Grand Valley 2-1 at home than the team that got blasted by Michigan State 5-0 at Ohio State, but winning this won’t be an easy task. Michigan State has played some of their best dodgeball ever this year, and should match up well with SVSU. However, Jardine and Torrie Peplinski (SVSU #13- AC) have dominated the Spartans in their career. Both have made some clutch, back-breaking, catches, and Jardine can take down Spartans by the handful. Max Siler (SVSU #38-C) will need to lead his team well and be a vocal leader on the court for the Cards to pick up the win.

This game will come down to whomever doesn’t make the critical mistake. Last season for the Spartans they were in two of the three games: a 4-2 loss at SVSU in October and a 3-2 loss in the National Quarterfinals. In the 4-2 loss, they led at the half, but played sloppy in the second half as they threw catch after catch and didn’t cover their teammates, allowing SVSU to pick up 3 second half points, although the last one of those points was on an all-out no defense attack by the Spartans. The National Quarterfinal loss was a 3-0 hole by the Spartans early in the game, but the Cardinals almost blew the game as MSU stormed back and almost tied it. SVSU let their guard down as MSU picked up all the momentum and played as a team. Throwing out the 3-2 SVSU win at the MDC in which SVSU played their bench for the second half, and the 5-0 MSU win at OSU, these games have all been close and come down to whoever is more mentally tough. The teams are about even talent wise, so it’ll depend on who plays smarter and doesn’t make the key mistake.

The two teams will play next at the Michigan Dodgeball Cup, the premier tournament of the NCDA regular season. This game could be considered just a warmup to some, a precursor of what’s to come, but to the teams playing it’s a game with a lot at stake.

5 thoughts on “Next Up For the NCDA: A Michigan Rivalry”