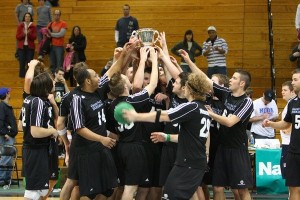 My first Nationals was in Allendale, MI, at Grand Valley State University. This was during the time of the greatest dodgeball team ever, a Lakers team that didn’t drop a single point all season. This Nationals featured nine teams, and after a season where nobody outside of GVSU really had the talent to compete in the modern game, it was still a great tournament. 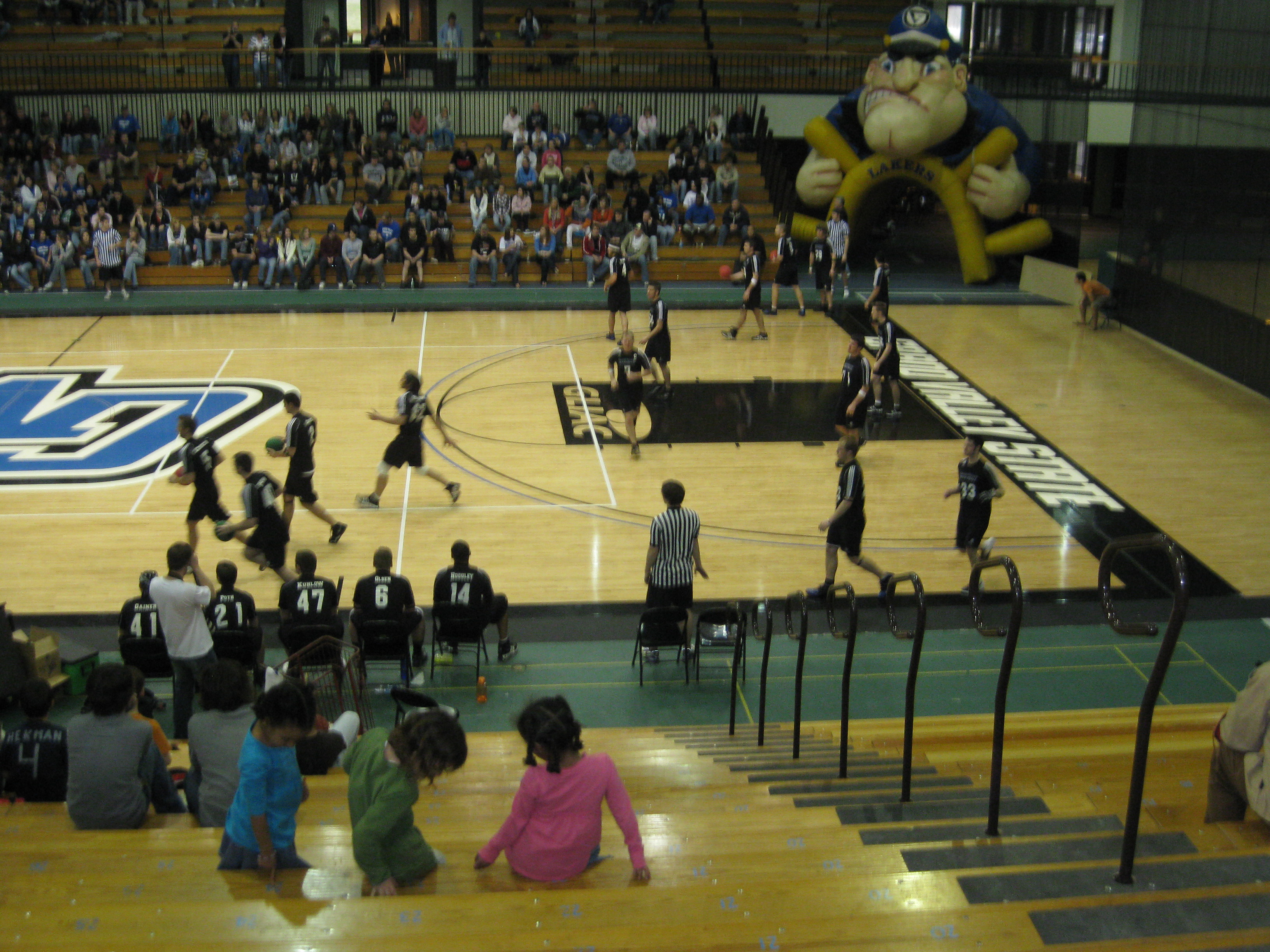 Perhaps the thing I remember the most from the tournament is the fact that the Lakers came out for the championship game through a giant inflated Laker (Yes, that’s true. It was awesome.)  Another thing I remember is that CMU, who at the time was not very good (like I said, nobody in the league outside of GVSU was any good), almost took a point from GVSU which everyone thought was crazy. Little did they know that the next year the Chips would take down the Lakers at the MDC, and then the year after that win the National Championship. Nationals 2009 was also my first opportunity to make friends with players from other teams, namely Mike McCarthy (CMU #55) and Pat Fisher (CMU #23). Now it seems crazy that I only barely knew two players from other teams in the league!

There was a slight controversy at Nationals 2009 as well, as Delta Community College didn’t go (they were considered the #2 or #3 team in the country before their monumental collapse at the MDC, which effectively ended their program) and Kent State dropped the day of the tournament because they “forgot” that Nationals was that day. Needless to say, people were not happy. I’m glad that Kent has changed that image today.

Competing in the tournament were GVSU, MSU, SVSU, CMU, WKU, OSU, UWP, DePaul, and the JV teams of MSU and GVSU. The championship game was GVSU over SVSU, which marked Saginaw’s first real showing of a title contender. OSU was still a good team (for the time), WKU wasn’t nearly as good as they are now, even adjusting for time. Back then they got beat up on by teams like MSU, and we were about league average in 2008-2009. Outside of CMU, they probably made the biggest strides since Nationals 2009. The second best team at the tournament may have been GVSU’s JV team. They were handling teams fairly easily.

There was a professional photographer there for both days of the tournament, and he took some great pictures. 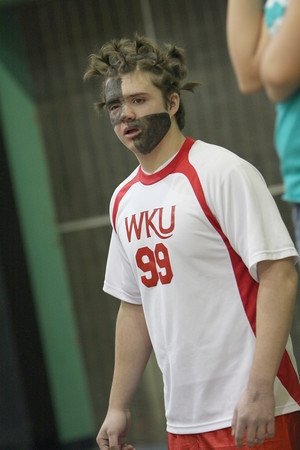 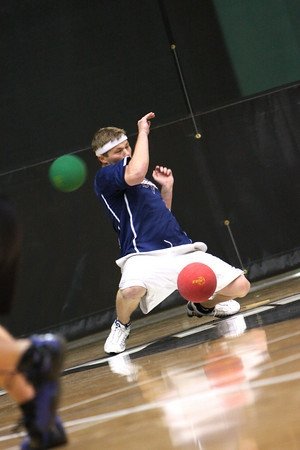 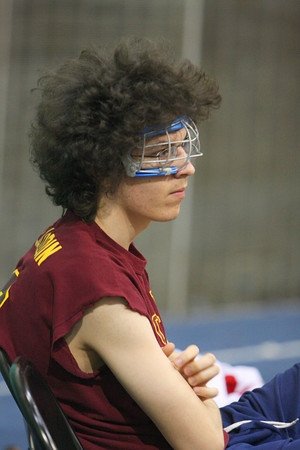 Those were three of the more memorable characters of the tournament. Somebody hit the WKU guy with the facepaint IN THE FAAAAACE which was awesome and it left the imprint of the facepaint on the ball. There was also a very scary scene as Brian Savalle of Grand Valley at the time hit his head awkwardly on the floor, leading to the paramedics having to come in and take him out on an immobilized stretcher. 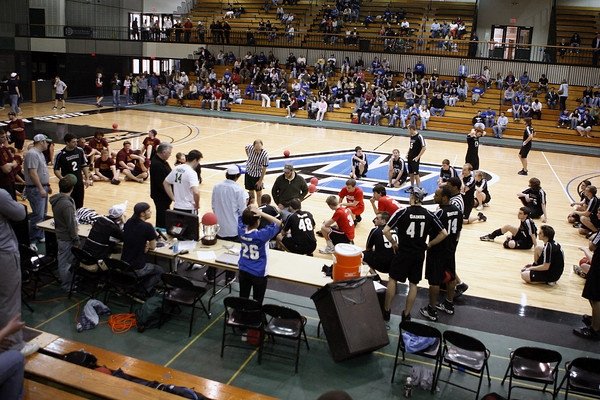 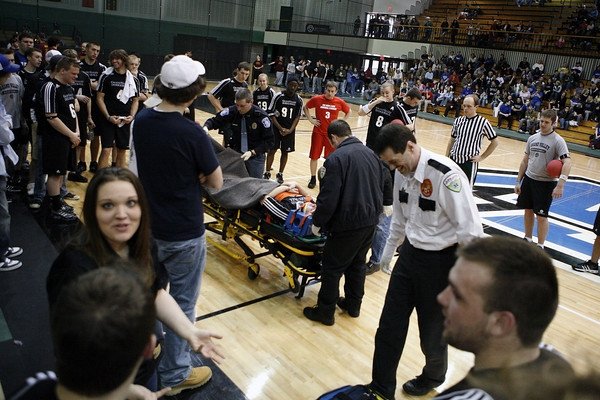 Another cool memory I’ll have was Nationals was the same weekend of the Final Four, and they had to change the schedule around the MSU Basketball game against UConn. Which meant me and my team got to bond around watching this play. It was one of the first times I think we really connected as a team, and while it wouldn’t show on the court the next day, we’re getting closer and closer as a team every year.

So yeah, that was Nationals 2009 for me. It was the only Nationals more memorable for stuff not dealing with actual games that I’ve had so far, but it was still a great Nationals tournament. When the biggest “on the court” thing that happened is a team almost took a point from the defending (and eventual) National Champions, but you still have a great time, that’s when you know you’ve found something you love.

One thought on “Nationals Memories: Sam Hiller on 2009”