The college dodgeball season is now well underway, and each of the Michigan Region teams has stepped on the court at least once.  I have only had the pleasure to attend two games so far this year, but thanks to Facebook Live I have seen my fair share of Michigan Region teams through the first few weeks of the season.  Here are my very brief first impressions on each of the four Michigan schools (listed in the order of their current position in the NCDA Standings): 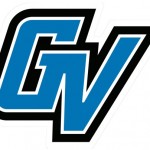 Well, my actual first impression on this team is not at all the same as how I feel about them after seeing four total games.  GVSU started the year with a poor performance vs. Michigan State, but since then they have put together an impressive 3-game winning streak.

GVSU’s first game was full of missed opportunities, and poor on-court communication, as MSU took a 2-1 win.  Ever since that game GVSU has looked like a different team.  They followed up that loss to MSU with a 3-0 victory over the Spartans in the latter half of their doubleheader in East Lansing.  Then of course, at Saginaw Valley State’s campus, GVSU took down CMU after trailing in the first half, then beat SVSU with ease later that day.

I think what we’re looking at here is another GVSU squad that will be favored to win it all at Nationals.  While a few players will graduate this fall (Austin Morley and Anthony Incrocci), that shouldn’t hurt the title hopes for this team.  There are so many great players throughout this roster.  Through the first few weeks of the season I have been most impressed with Ben Tubergen’s improvement.  The junior GVSU player had a stellar tournament a week ago at SVSU.  Also, Sophomore Ray Franklin is the best kept secret in the NCDA.  After missing most of last year with a broken arm, Ray is back and severely improved as an all-around player.  Keep an eye out for those two as this season goes on.

Bottom line here is that CMU had a disappointing start to the season.  This team is bringing back nearly everyone from last season, but they came up short in their first tourney.

A loss to GVSU in regulation followed by a close OT win over Saginaw is not exactly how the Chippewas envisioned their year to begin.  The biggest issue I saw on film for these guys is their reliance on top tier players.  CMU will not be able to beat a team like GVSU on a consistent basis this year unless they have more than a handful of guys that are trusted to make meaningful throws.

Enough with the negative though, I still see unbelievable potential with this group.  So much talent, and so much experience!  Basically everyone on this team is a fantastic catcher.  They play smart, and play together.  I expect to see a lot of improvement from CMU as the season progresses.  It would be idiotic to assume that this team won’t be in the National Title hunt next spring.

MSU… where to start.  This team came out of the gates fast on their home turf.  The Spartans beat GVSU, but since then the season has not gone so well.  I was not able to see any games from their tourney at OSU, but I know that they were upset by Kentucky in a tight game.  I attribute that more to the improvement of UK’s team, than to MSU falling off.

Michigan State doesn’t have as deep of a roster as in years past, but they still have what it takes to win big games.  Wes Peters had a great first game vs. GVSU, and Lucas Salinas has certainly improved.

My main takeaway for MSU is that they really capitalize when they gain momentum in a game.  That is a very important attribute to have, especially in the highly competitive Michigan Region.  Don’t be surprised when a team like MSU pulls off a few upsets later this year by catching their way back into a game.

As of right now I would say Michigan State is one of the bottom two teams in Michigan, but the season is still young.

I have very little to report on SVSU because I have only seen bits am pieces of their games.  Saginaw held their own against CMU, but dropped the game in OT.  That alone is a huge plus.  It shows me that this team is on the right track.  Keep in mind that last year, SVSU was considered a tier below all other Michigan schools for most of the fall.  That changed in the second semester obviously.

Saginaw Valley State is a program that drastically improves from the start of the year to the end, so I would only be concerned if they were getting beat 6-0 by teams right now.

I look forward to seeing SVSU in person later this fall, as they look to rebound from a 2015-16 season that saw them fall in the quarterfinals.  Plus, it’s always fun watching a competitor like Cody Putnam out on the dodgeball court.  Probably will be more enjoyable when he isn’t aiming his throws at me this time…