I should note this winning tradition basically begins from their first year back in 2006, one of the most successful of any first year team. GVSU did have an undefeated season prior to complete record keeping started on 2010-09-25. Interestingly, GVSU’s winning tradition spans almost all member teams that have ever participated in the NCDA. They have recorded wins on all Member Teams save just a few:

7 current Members: SU, BW, UVA, Pitt, NIU, GSU, and UNG. These are all very new teams and we might only give it some time to see a matchup against these newer teams.

Henry Ford CC, RIT, St. Ambrose: three current non-members. HFCC and SAU only played 1-3 matches and their organizations are defunct on campus. RIT is reportedly on a downturn slipping into inactive status. We might never see a GV match played against these schools as unless a new club starts up at the same school.

There’s one outlier that stems from before we had complete record keeping, prior to fall 2011. Marshall was the 11th team to join the League back on 2007-01-27 at the OSU Round Robin. We only have a handful of games recorded for them, who were active over two seasons. We have a GV-JV game recorded against them, but it’s not known if GV’s main squad played Marshall. Given Grand Valley was one of the few teams to have more complete record sheets of their games played before the 2010 start mark, I wouldn’t say GV has marked a win or loss on Marshall. 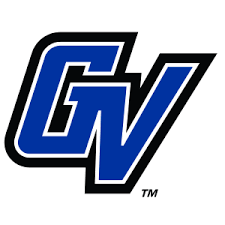 Of a team that comprises 16% of the total games played in that 1002 ranked match period, we will likely never see Grand Valley play four NCDA member teams. But we most likely still see them play against 39 other Member Teams. And if the potential Gonzalez exchanges are an indication, a win against any of those teams is heavily in GVSU’s favor.