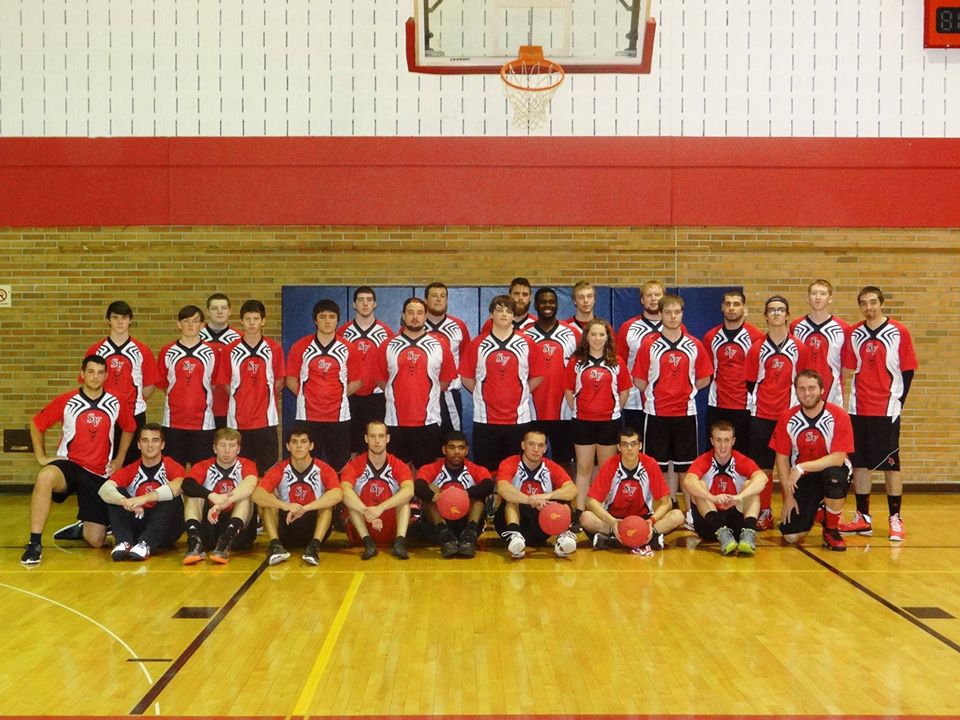 This Sunday, Saginaw Valley State University will host their first home tournament of the 2015 season when Central Michigan, Michigan State, Bowling Green State, and Ohio make the trip to SVSU’s campus for the Death Valley Invitational (props to whoever chose the name for this event).

The schedule for this tournament is listed below, with a few comments and predictions included by yours truly.

The first round of matches will actually provide less drama than the rest of the tournament in my opinion.  That’s good news for anyone who has trouble waking up, because the first round of matches in this tournament won’t be too tense.  SVSU will be favored to take down BGSU iin their match, and due to being the host school will a historically rowdy crowd, I doubt the Cardinals drop this match.  In the other game, the Chippewas of CMU will take on Ohio in a match between two very different squads.  The Chips are an established team in the NCDA, with loads of experience, while OU is still in their infancy as a college dodgeball team.  The inexperience will certainly show for OU in this one.

The second round of matches at the Death Valley Invitation certainly has some intrigue.  Saginaw Valley State will take on Michigan State in a rematch of one of the best games at the Grand valley Gauntlet when MSU took the Cardinals down in overtime.  I expect this to be yet another thriller, with both teams certainly looking to win this one in regulation time.  The other match from round two is between Ohio and Bowling Green State.  This one should go to the more experienced BGSU team with ease, but it will be interesting to see how Ohio plays in this match.  The battle between the two Ohio Region teams in attendance will certainly be an interesting game to spectate.

Round 3 features SVSU against OU and Central Michigan facing off against Michigan State.  The game between SVSU and the Bobcats of Ohio will likely have little to no drama.  Saginaw comes in to their home tournament with much more experience and talent than their under matched opponents.  If Ohio has any chance of keeping this game close, they will need to play their best game of the season.  In the other game for this round, the Spartans and Chippewas will clash in one of the most anticipated matchups of the whole tournament in my opinion.  MSu took the first game between the two earlier this year in East Lansing.  This time around I expect CMU to pull off what is technically an upset and beat MSU in a close game.  Nothing against what MSU has accomplished this year, and how well they play as a team, but I just expect the sleeping giant that is CMU to finally be awoken this weekend.  The Chippewas have not had the best fall semester, but they have the talent to beat any team in the country.  This time around I think they will get the best of MSU, in what will be the second of many matchups between the two Michigan schools this season.

I am very excited to see how this final round of matches turns out.  First off, there is the game between SVSU and CMU which is a rematch from their last meeting at the Gauntlet.  CMU jumped out to an early 2-0 lead in that before the Cardinals climbed back and were one player away from forcing overtime in the second half of that game.  I expect another stellar match between these two schools, with SVSU’s home crowd possibly becoming a factor in the game.  In terms of overall team depth, CMU holds the advantage, so don’t be surprised if they are able to fend off the Cardinals in this one.  Michigan State will take on Bowling Green State in the last round, and this game is one that I would be interested in watching.  I think that undoubtedly MSU has the upper hand in this game, but BGSU has some talented players, so it will be entertaining to see if they are able to keep it close with Spartans who currently sit at #1 in the nation.

This tournament hosted by Saginaw Valley State turned out to be a very intriguing one.  Three Michigan schools along with two from Ohio make up the attendees in this early November showdown.  Don’t be shocked if several games this weekend must be decided with some six-on-six overtime.