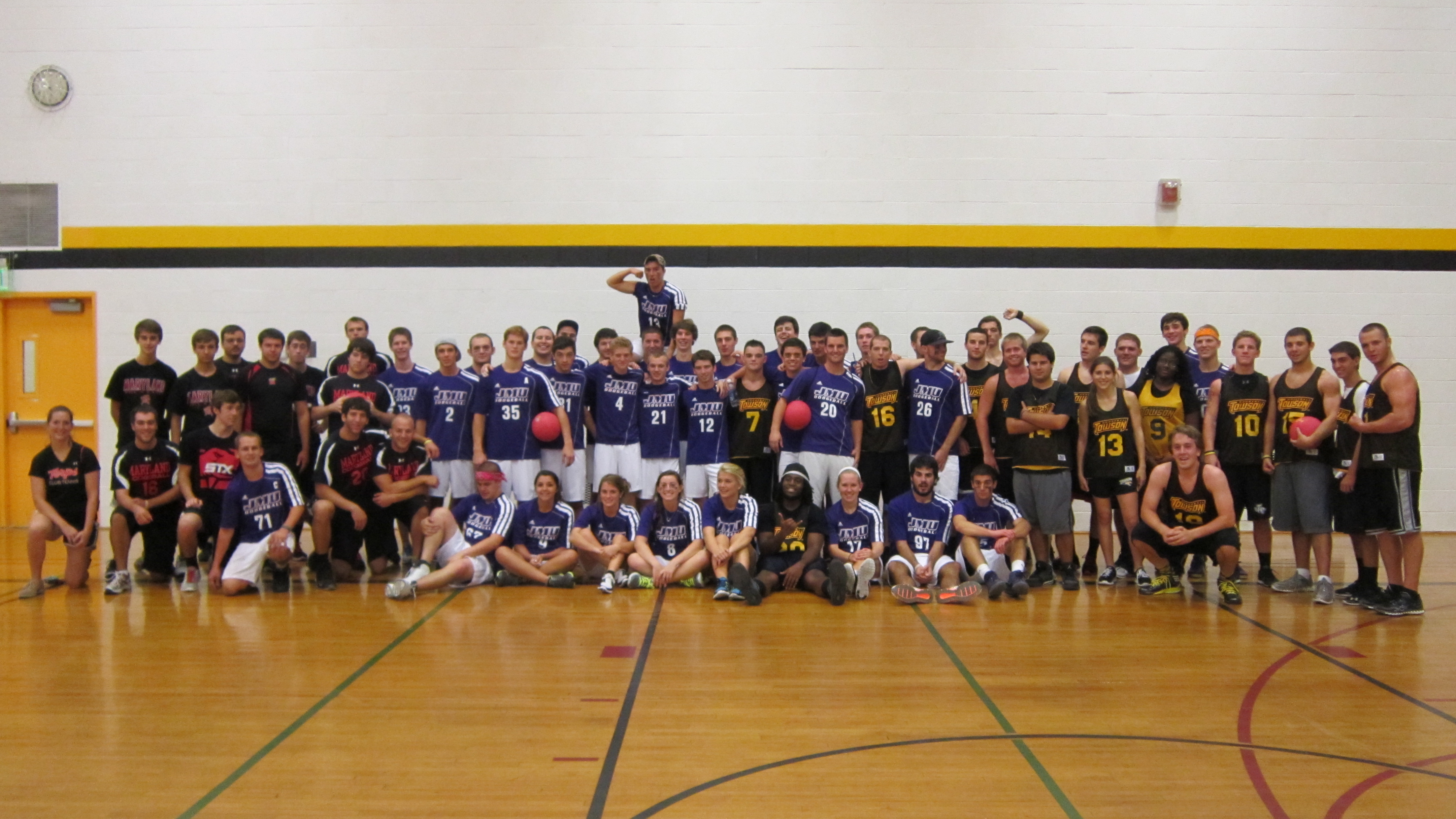 Towson made a lot of progress in its second year as an NCDA member. Starting off the season, the tigers lost to University of Maryland 6-0 and James Madison 5-2. Even though this was a bad way to start the season, there were plenty of positive signs on how things would go for the rest of the year

Up next on the Tigers schedule came the UMD Tournament. Here they took out over a year’s worth of frustration on new league member Virginia Commonwealth, destroying them 12-0. In their next match, the Tigers were outclassed by the University of Kentucky losing 3-1. They followed that up with a 3-0 loss to Kent State. Towson finished off their day losing in a tight rematch against UMD 2-1. Leaving with their first win in program history, Towson took the rest of the semester off from NCDA events.

In December, Towson travelled up to Rowan University in New Jersey to attend an annual foam ball based tournament. With three groups in this tournament, men’s women’s and co-rec, Towson had plenty of opportunities to make an impact and meet new people. A Lot of northeast area teams attend this tournament and the Tigers have been in talks with many of them about joining the NCDA, so keep your ears open people!

Coming back from a long winter break, Towson travelled back down to the University of Maryland for a round robin with the Terrapins and the Rams of VCU. As a team, the Tigers experienced their first major breakthrough taking out their in-state rivals for the first time in team history 4-2. Fortunately, the Tigers avoided a big letdown, handling business once again against VCU 6-0. Towson left College Park with not only their first ever round robin win, but broke out the broomsticks and swept the day.

Up next the Tigers headed down to Harrisonburg, VA to attend BEAST II at James Madison University. Sadly, the team came heavily undermanned, only travelling with twelve players and with four of the team’s top five players back home. Surprisingly, Towson played to a level that exceeded expectations. In their first match, Towson lost to JMU 3-0, holding the Dukes to the least amount of points ever scored in a match against the two teams. Next, Towson played VCU for the third time this year. Though they won again 6-0, it was evident that the Rams had made great strides in their level of play compared to the first time the two teams met. Then, the Tigers went up against the top-ranked team in the nation Kent State for the second time. Here, Kent won 2-0, but it was clear that Towson is inching closer to taking down the Golden Flashes. Following that loss, Towson lost again, this time to Miami (OH) in an upset 3-1. Afterwards, the team decided that with a twelve man lineup, and a three hour drive facing them, they couldn’t handle a fifth match and chose to forfeit to Saginaw Valley State 1-0.

Taking the month of March off, the Tigers headed down to the biggest event of the year, Nationals. After ten hours on the road to Lexington, Towson was matched up against a team they have never seen before in University of Wisconsin-Platteville. After quickly going down 2-0, Towson came back to take a point from UWP with one second left in the first half. Taking the momentum into the second half, Towson won another two games, taking the match 3-2. Waking up on Saturday, Towson faced another team they had never seen before in Central Michigan. This time the results favored the opposing team, with Towson losing 4-1. Afterwards, Towson played the miscellaneous team, winning the match by default. Sadly, the Tigers lost in the opening round of elimination games to Western Kentucky, 4-0.

Towson University’s second year as a member of the NCDA was a large success in comparison to their first. Towson took home six wins overall, and beat their in-state rivals in UMD for the first time. The future looks bright for the Tigers, but as always, no games are won on paper. As a captain for TU, I’d say that our biggest goal for the following year is to take control of the East Coast and find a way to knock off JMU from the top. 2012-13 was fun, but we’ll be coming back in 2013-14 stronger and better than we’ve ever been.

One thought on “A Year in Review: Towson University”