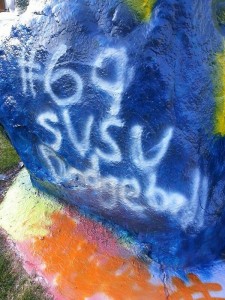 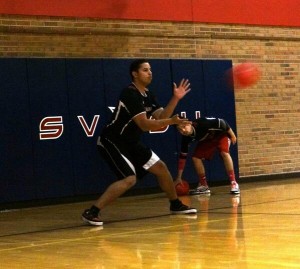 I don’t know about you, but the minute I joined Central Michigan’s Club Dodgeball team a few years back, I discovered not only a great group of friends, but a family. Anytime one loses a member of their family, it tears their world apart. Death has a tendency to come out of nowhere and take us by surprise, thus making the loss of someone we love even more difficult. The real challenge is overcoming that loss and honoring their memory.

In late April of 2014, Derrick Ammons, a Junior at Saginaw Valley State University and a former member of SVSU’s Club Dodgeball team was tragically killed by oncoming traffic during an attempt to walk across the roadway after crashing his car into a concrete divider in the center of the freeway. One can only imagine the hardship and the emotional rollercoaster that followed his sudden death. But where there is sadness, there are those that have the ability to bring others out of the darkness and help them to move forward while honoring those that have passed on.

Derrick was a happy go with the flow type of guy who always had a smile on his face whenever he was playing Dodgeball and his laughter spread across the court. He was majoring in Criminal Justice and was very happy with his longtime girlfriend Ashley. He was on the team from 2011-2013 and made Saginaw’s top 20 from time to time, which is no small feat.

SVSU’s Dodgeball team is well known throughout the league for many things, some good some bad, but it is well-known that this organization is a very tight- knit group that travels better then any team in the league. They have active support from their parents and student body who travel long distances to watch their team play, which is just more proof as to how much of a family this team really is. In order to get a better idea of what this team truly went through, I interviewed two members from Saginaw: Max Siler, SVSU’s head captain and Gregory Gaskin, a close friend of Derrick Ammons.

Max Siler is currently the head captain for Saginaw Valley and was the head captain at the time of Derrick’s passing. Saginaw had just placed second at Nationals. Most would think that they would be disappointed after falling just short of first, but not this team. As Max stated, “It wasn’t the final result that the team looked at, it was our ability to come together and rally after a 3-0 deficit at halftime. Most teams would’ve called it quits, especially against such a stacked team like Grand Valley. But I know I was extremely proud of how the entire team came together and gave everything we had to only come minutes away from sending the game to overtime.” So, team spirit was high and so was the outlook for the following season. None of the members of this great team could have seen what was to come next, how could they? When the team found out, they were absolutely devastated, but they weren’t the only ones. Derrick was actively involved in multiple organizations, which is why one could say the whole campus of SVSU felt his loss. As we all know, a tragic event like this can either make or break a team. But not this team, it allowed them to realize that as members, they were more than just a team, they were a family. As Max stated, “Some of the best friends we have met during our college lives have been influenced in some way or another from this team, it has definitely brought us closer together.” Gregory Gaskin, a senior on Saginaw’s Dodgeball team who grew up with Derrick and remained close friends with him throughout college. After Derrick passed away, many of the older members who were on the team when Derrick joined were in complete shock. Many of them had seen Derrick a few days before the accident. At Saginaw’s end of the year banquet, they held a memorial service for him and the entire team signed a sign for him, which they gave to Derrick’s family. I asked Greg how great it would feel to win the MDC and/or Nationals in Derrick’s honor and he told me “It would be the best feeling in the world.” I can only imagine.

While Derrick is no longer with us, there is no doubt that he had a tremendous impact on this team while he was on it and after his untimely death. I wish the best of luck to SVSU in their goal to defend the MDC and take home the National title in Derrick’s name, for that would be a great way to honor his legacy.