So two Sundays ago Michigan State hosted the Spartan Invite. Here’s a quick recap of each of the teams that attended the event. Some might question why this article didn’t come out last week. To that, I say, real life happens and sometimes you don’t get to things when you want to and better late than never. With that being said, I will go through the teams in reverse order of success from the tournament. 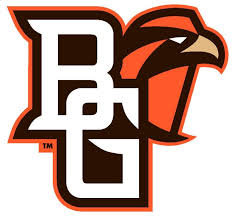 The caveat here is that BGSU had just played in a tournament where they went 2-1 the day prior. Given that fact, I think just getting up to East Lansing to play is an admirable feat. With that being said, there were still some positives to be gained from their display. First, the obvious score that jumps out is a 2-1 loss the MSU. BGSU put on a catching clinic in the point they were able to take from MSU. Even though they threw many catches themselves, I really am not exaggerating here when I say they probably caught 20 throws in that point alone. They put up a good display in what would have been the 4th point of the match, but with the clock dwindling down they didn’t come too close to tying up the game with the Spartans. Nonetheless, they put forth a great effort in the loss. The other two games I didn’t get a chance to see, but I would say they don’t seem to me to be too out of the ordinary. Certainly, there were some tired arms by the time they faced DePaul, which could have led to the 4-2 loss. Regardless of result, BGSU will probably be the only team prepped for playing back to back days come Nationals in April.

as only able to see their first game against CMU, and I have to say it was pretty much exactly as the score line indicates. Kent State never really threatened the Chippewas at any point and it was a pretty sound defeat. I believe the Grand Valley game played out in a similar manner. The positive on the day is they did take a point from SVSU. However, a two point defeat is still pretty sound in our league and unfortunately for Kent State they did not get the results they may have liked from the tournament. That being said, there are many teams in the league that would also go 0-3 against 3 Michigan teams, so this shouldn’t be the end of the world for Kent. From what I understand Kent State was missing some of their players they rely on for this tournament, but for a team that was critiquing one person’s opinions via power rankings, they didn’t do much to try to change his mind.

The first two results I don’t think should surprise anyone. The one thing I will say about the GV match is they very nearly took a point at the end of the first half. They had Grand Valley down to around 4 players, but in the end, they were unable to avoid the Laker team throws. DePaul did pick up a big win on the day by beating BGSU. Although I did not see much of DePaul on the day, from what I did see they remain the same team we all know and love. They have some really good players at the high end of their roster, but most importantly they remain undefeated.

The win against Kent State has already been discussed. The loss to MSU does not look good for SVSU. They gave up one point in the first half in around 3 minutes, and were down at the half 3-0. Once down that significantly, it’s pretty easy to not try especially hard in the second half and so I’ll give them a pass on the 2 points dropped in the second half. I’ve been in that situation several times in my day against GV and it happens. They did beat DePaul 5-1, but that game was 1-1 at the half. Clearly SVSU still has work to do to get where they want to be by the season’s end. With all that being said, here’s my take. None of it matters. If I have learned one thing about SVSU is that the first half of the season has seemingly no reflection on what they will do at the MDC or Nationals. I fully expect them to somehow rebound again and win at least one game at the MDC and again threaten to go to the Final Four at Nationals. It’s just what SVSU does I guess.

Hey, would you look at that, CMU finally played a non-Michigan team and, surprise surprise, they won easily.  I still think CMU is one of the best 3 teams in the league despite their slow start, it’s easy to lose a lot of games when they only play Michigan teams. They showed just how much talent they have in their easy wins against BGSU and Kent. So let’s talk about the GVSU game. They came out guns blazing and took the first point of the game easily. GVSU tied the game up in the first point of the second half with 16 minutes left. (Side note: I Facebook Live’d the remaining film of this game. Check it out if you actually want to watch it and not just read my short recap). The third point CMU again dominated, to the point that GV had their players step out with 12:51 left in the half. To make that clear CMU took a point in roughly 3 minutes against GVSU. However, this seems to be the story of CMU’s season thus far. They got ahead but could not close out Grand Valley. GVSU was able to tie it up before the end of regulation and head to OT. (Again, just watch the video if you want to see what happened, OT starts roughly 24 minutes in). CMU once again came up short in OT for their 4th OT loss of the season. If their players are trying to come at my record of 9 career OT losses, they are well on track this season. Nonetheless, the good points of this match proved once again how dangerous CMU can be. I will say this though, Brett Hadwin and Jacob Leski were the emotional leaders of this team the past two years. I do not see that same fire they had this season. Just something to look for as the season progresses. I will still be shocked if they do not reach the Final Four, though, they are that talented.

As I said earlier, in the point they dropped to BGSU Michigan State looked like trash (and I mean no disrespect to BGSU by that comment, they outplayed the Spartans). You just simply cannot throw 20 catches in a point. But they were able to take care of business against both BGSU and DePaul. Against SVSU they looked as good as I’ve have seen them this year. Even when some key players got out, others stepped up and made the plays. And again, taking a point in 3 minutes against a Michigan team is quite the feat. Against GVSU they made some key mistakes in the first two points that GV capitalized on to take a 2-0 lead. With roughly 20 minutes left, MSU had to score 2 points. They were able to take the first point in 8 minutes, and were on pace for the second point for a while. However,  Grand Valley was able to kill some time with 8 players left and despite a late rally, they finished the game with 3 players on the court, never being in serious jeopardy of dropping the point. A good but probably disappointing day for MSU, as they were unable to defend home court against GVSU and finished the day 3-1. There are some positives for Michigan State going forward though. Their rookies played fairly well and got valuable game experience for them going forward. They handled SVSU and nearly took GVSU to OT. And oh yeah, I guess it’s worth mentioning that a certain player starts grad school next semester and will be back on the team. Using my best attempt at an unbiased opinion, I would say MSU is currently once again one of the top teams in the league. (Also, I have to call out Alex Zajac for getting caught 3 out of 4 consecutive throws against GV, two of them by the same person. Try aiming not at someone’s chest Zajac.)

Here’s is how I described Grand Valley to a couple people at the tournament. GVSU has the highest floor of any team in the league, meaning at each team’s worst performance, Grand Valley would play the best. Yet, their ceiling is not much higher than their floor, meaning their best performance is not too much better than their worst performance. I think team’s like CMU and MSU, and maybe even JMU, have a higher ceiling than GVSU. But those teams have such lower floors that their swing in performance is so much greater than GVSU’s. What I’m trying to say here is Grand Valley is the model of consistency. You know what you are going to get when you play GVSU and that’s a talented team that makes very few mistakes. If they lose, the other team outplayed them, GVSU did not lose the game. So once again in this tournament GVSU simply played well. In the three points they dropped on the day, they were pretty thoroughly outplayed. However, throughout the rest of those games they outplayed CMU and MSU. GVSU will once again be in the Final Four this year, but that’s just what they do. I could mention some players who played well in the tournament, but most people are probably tired of hearing about good individual GVSU performances, so I won’t. I’ll just say this, if you think someone on GV probably played well in the Spartan Invite, they did. Because they all play well. The one thing I will note about Grand Valley is that this was the last tournament for Austin Morely and Anthony Incrocci, two top players for the Lakers. They’ll probably be fine because they seemingly have an endless supply of talent, but it is worthy of note.