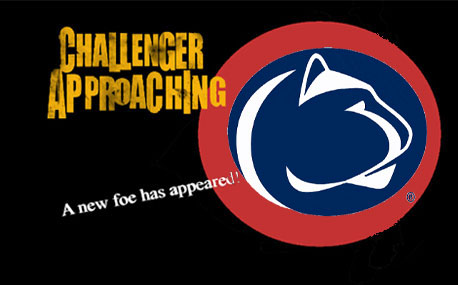 Coming this year to Nationals 2013 are the Nittany Lions of Penn State! They will be the fourth Big Ten school (fifth if you count Maryland) in the league, and they are a welcomed addition to the NCDA.

Penn State is in a great location for the National College Dodgeball Association: they are about in the middle of Pennsylvania, close to both the Ohio schools and the East Coast schools. They are also only 3.5 hours away from RIT, giving the Tigers a team semi-close to them. As a big school, they can be a brand name for the NCDA to get schools in Pennsylvania, New York, and New Jersey to join. While a Southeastern push would be beneficial for the league, a push into New York/New England would also be great, as there are tons of schools in that region. PSU joining also means that the 4 Big Ten schools is now the second biggest conference representation in the NCDA, behind the five MAC schools.

Penn State’s first tournament will be Nationals, which is not very common among NCDA teams. The question is, will they be like WIU in 2010, a team with virtually no experience that ended up being a solid group? Or will they play like a typical team in their first outing? I personally hope they come out firing and win a couple of games. The real test will be playing at least 4 games in two days after never playing before. Strategy wise, they will have an advantage and disadvantage in that they have never played any of these teams before.

The Penn State Dodgeball Club is led by Chris Cetnar, Kyriakos Sotos, and Van McCarren. They were founded in 2012 and will join the NCDA on April 13th, 2013. Welcome to the league PSU!

One thought on “New to the NCDA: Penn State University”