Nationals is only a few weeks away people! Not that anyone needed me to tell them that, but as many would expect that means it’s time to start previewing all potential facets of the crazy weekend to come. As a warning, these will be filled with a lot of optimistic thinking but, based on current standings, here are what I think the best case scenarios are for each team on the East Coast heading into Lexington:

#3 JMU – The Dukes will come in to Lexington off of a long layoff, which could lead to some potential rust showing on day one. However, this gives the team a chance to get healthy, and to try and work out some of the kinks in their game play they may have found during the course of the season. The best thing that could happen to JMU is to stay at the #3 seed or jump CMU for the #2. If things stayed the way they currently are set to, I would want to be the third seed if I was on JMU’s roster and have a quarterfinal matchup against Kentucky, whom they have already shown they can beat pretty soundly. This would put the team in a final four matchup with the winner of CMU or MSU, which gives them a decent chance to get the title game.

Final call: JMU would want the #3 seed more than any other because Michigan State’s current ranking throws off the usual need for a higher seed. If the Dukes stay the #3 they have a much higher percentage of making the final four than any other team not located in the state of Michigan.

#4 Towson – The Tigers are in a bit of a tricky situation. They’re the 4th seed as things stand at the moment; the highest seed Towson has ever thought about entering Nationals with in team history. However, this does not mean that they want to stay there. Would jumping JMU for the #3 be nice? Absolutely, but Towson has had its struggles with UK, and a quarterfinal matchup against them on their home turf could prove to be a lethal situation. Especially if the shot clock counters are allowing the Wildcats to throw Billy Cundiff-like field goal attempts as throws (way too high and off target) as like what happened at BEAST. I have no doubt that Towson wants another shot at revenge, but a different route could prove more fruitful in this scenario. Also, the Tigers should want nothing to do with staying at the four if that means a matchup with SVSU in the quarterfinals; a team the Tigers have never matched up well against.

Final call: Surprisingly I’d say that Towson wants to drop to the 6 seed. They still get a first round bye, and would currently play the winner of Penn State v. Akron. A very winnable match in my estimation. After winning that, they would likely have a date with another East Coast foe, JMU. While the Dukes and Wildcats have both proven tough for the Tigers, Towson has at least beaten JMU once already this season. In all likelihood though, the teams season will come down to an overtime match. I hope for their sake they have their struggles with that figured out by then.

#10 VCU – Show up and show out at WAR guys. The Rams are in a pretty decent position, but it could use some improving. As it stands at the moment, VCU would have a first round matchup against University of Maryland of all teams, and should they win that, face Michigan State in the next round. VCU gets a crack at the Spartans coming at Akron’s WAR tournament in a couple weeks, but even if they were to somehow pull off a victory, I would prefer to jump up a seed or two if I’m on this squad. Jumping to the #9 means a first round date with Miami (OH), which is a very winnable game that doesn’t add a regional rivalry feel that playing the Terps would. Jumping to the #8 would give them an opening round bye, and put them automatically into the Sweet 16, likely against Kent State. I’d much rather play KSU than MSU if I’m Hunter Ford and his squad.

Final Call: Yes, it puts them on GVSU’s side of the bracket, but the Rams should covet the #8 seed. If they can get their hands on that spot they get a first round bye, which is crucial with all of the teams set to attend Kentucky this year. Not only that but they would likely have a matchup against a team that they really feel they can beat in the Golden Flashes, with the motivation of revenge backing them. In all likelihood they would lose in the next round to Grand Valley, but taking home a Sweet 16 win would be a much sweeter (pun intended) feeling than winning in an opening round game and then being bounced in the same round you were the previous year. Good luck at the WAR boys and girls.

#11 PSU: For what I know about the East Coast this season, I know as much about Penn State as Jon Snow knows about anything. Nothing. The Nittany Lions always bring talent to the table, but their lack of playing throughout the season costs this team dearly in the long run. If this team had any ability to get consistency out of their roster, which is understandably a tough thing to ask during football season in Happy Valley, they could really put some good pieces together. I hope that hosting their own tournament is a big step for this team, but for this year, there’s not much stock I’d be willing to buy with them.

Final Call: Win one Saturday game and one Sunday game. I have no idea what the schedules are, so I have no idea who PSU will face, but if they can come out with at least two wins on the weekend, and give Kentucky a tough match in the Sweet 16, I’d be driving back to PA pretty darn happy if I was this team. The future could be bright for Penn State, but for now, baby steps. 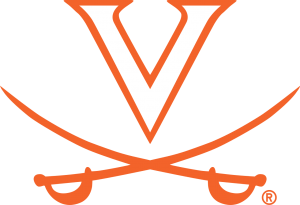 #21 UVA: The Cavaliers got over the first major hump most NCDA teams face in getting their first regular season win.  It was an exciting OT match against Maryland, even coming from someone who was watching it on his iPad on his living room couch. Virginia, unlike most bottom tier teams, have some real talent on their roster. During their OT win against the Terps I saw one player (apologies for not knowing your name) wipe out about 2/3 of UMD’s six on catches alone. They have a lot of raw ability, but a lack of experience and are still beginning to learn how to win in this league. This team does not have a chance at making it past the Sweet 16, but there could be a lot of positives for them during championship weekend.

Final call: Steal a victory. Seriously. If UVA gets a matchup that is statistically significant enough they could jump Baldwin Wallace and Cleveland State for the #19 seed. This could prove to be invaluable as that means a first round matchup with NSULA, a team that has been dormant for several years now. The Wahoos have a significant chance of getting to the sweet 16 should they manage a matchup such as that. However I give them no chance if they stay where they are or only move up one spot. This matches them against long tenured teams WKU or BGSU. Get to #19 and you have a shot. Otherwise, expect a first round defeat.

#22 UMD – Man has this team really fallen off the map this season. It is understandable though as they only have a couple members with experience on their roster this season. I hope that the Terps have had time to develop their young players, but youth and inexperience is not a recipe for success at Nationals. Right now UMD is slated for a first round matchup against VCU, which is not ideal for them at the moment. Unlike my view of Towson though, I do not see dropping seeds as a potential net positive for this team.

Final Call: Points. Seriously. Depending on UMD’s schedule it is highly unlikely they’ll walk away with any wins at Kentucky. With how much youth is on the team though, stealing a point here and there could prove invaluable for future development. This would be a tough way to go out for a player such as Justin Anderson, but that’s the best option they have right now. The Terrapins fell off a steep cliff at the end of last year, and it will be a slow, arduous climb back towards the top.