The second semester is off to a great start and we are ready for the 2nd half to the season.  With that in mind, it is a good time to look at the top players in the Midway Conference. These individuals where active last semester and earned their spot on this list. We have representatives from Ball State, Southern Illinois University Edwardsville, University of Nebraska, and the University of Wisconsin Platteville.  Let’s take a look at the players that made the list.

Kevin Frye #10– Is an outstanding player and leader for Ball State. He has a 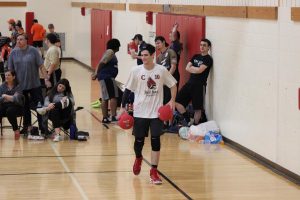 lot of experience playing the game of dodgeball and he uses it to his advantage. He has a wicked throw and you have to be watching for it when you’re on the court.  His energy helps fuel his team and is what makes them a tough opponent to play against. 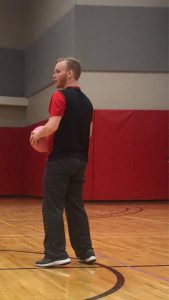 awkward, unpredictable, and powerful throws in the Midway. Having disc golfed most of his life, the transition to throwing a dodgeball was easy when he joined Ball State in the Spring of 2018. Aside from that, his arm never dies. He can consistently throw full power all day, and always delivers the curviest and accurate of hits. (Written by Kevin Frye) 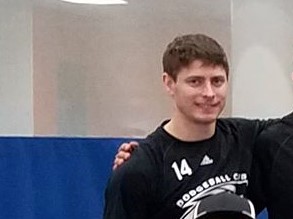 great catcher. He is quick to the line and is experienced on the court, which makes him hard to get out. He is a player that you would want to have on your team and can count on to make a big throw.

Kyle Kent #75– This individual is an 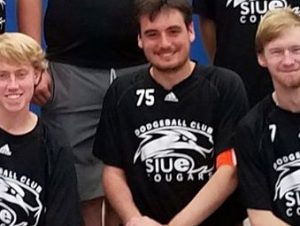 excellent catcher and not someone you want to throw alone at. This is the type of player that you always wanted to team throw at as he was able to get several catches with ease.

out for on the court. If you didn’t, you sure were going to feel it later. When you look at him you don’t expect that he has a cannon, but that is where he makes you pay. 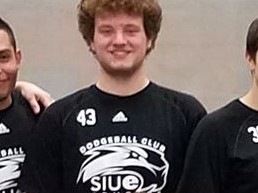 thrower and has the ability to take on several players at one time.  His teammates can count on him for a great catch, and he knows how to stay alive and keep his team in the game.

Jessica Blum #15– Look out everyone, this individual is only a freshman and she enjoys every minute of dodgeball. Her best skill on the court is her 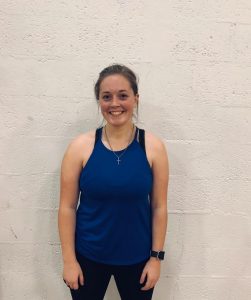 ability to catch. At UNL’s home tournament, she made catching UWP’s captain, Austin Kurey look easy, which is not an easy task as it gives me trouble. She can catch from almost any distance, which makes her a threat on the court to watch for.  UNL’s president Jonathan Huebner, easily puts her in the top 10 players that he has ever seen play at UNL and believes that if she keeps grinding she could be the best female in the NCDA. I look forward to seeing her play again and catch my captain multiple times!

Gwendolyn Mary #24– In her second year, she understands the game even

better which makes her an even better player on the court. She is very passionate about dodgeball and her teammates can feed off of this.  As we found out last year she can catch, so you always have to be careful what you throw at her.  She isn’t afraid to challenge you and is a great team player.

Jonathan Huebner #21– He is a tough out to get. He is very effective at

blocking and can keep a point alive for his team.  Jonathan has a very strong arm and plays very smart on the court. He is very good at team throws as he is very accurate and I always hated when they would come flying at me. As a leader, he is exactly what UNL needs to push them forward this semester and he will have a strategy in place to make them a tough and competitive team to play. 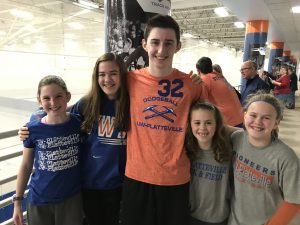 young team. On the court, he brings out his very dangerous side arm throw that can be very annoying to deal with as well as his great blocking abilities. He is a very active player on the court, always looking to push people back and has a killer pump fake. With his recent found catching success, I think he has the ability to be become an even greater player and help lead our team to a successful second half of the season. (Written by Mark Liedtke) 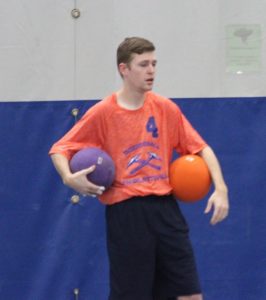 Midway Conference’s top players. Mark is one of our best catchers and our number one dodger. Not only is he great as an individual player, he also is a great leader for our team. Mark is often watching film on other teams to try and include their techniques into our team’s play-style. Overall, he is arguably the best player on our team. (Written by Austin Kurey) 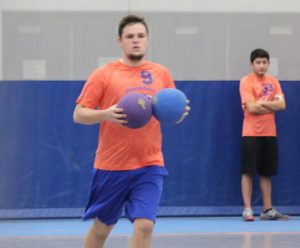 a catch.  He will go for anything within arms reach and sometimes dares other teams to test his catching abilities. Usually ends up good for us and bad for them.  Logan’s throw is not one of speed, but of accuracy, on any team throw it is almost always a kill. Logan’s throw is a smart throw and we can count on him to make it count without throwing a catch. (Written by Tomas Zander) 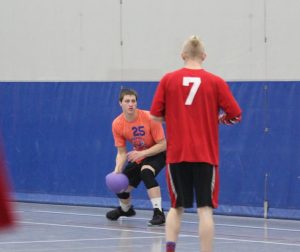 has one of the strongest arms on the team. He uses this to his advantage and is able to get cross throws off and hit his target almost every time.  His quickness allows him to get throws off and get back before other teams have a chance to react. On top of that he has improved his catching ability so it will be fun to see what the next semester brings for him. 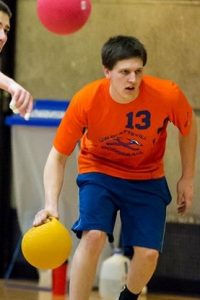 year as UWP has a very young team and his experience was needed. As a player, his play has been consistent in every tournament, which has allowed for his team to be competitive in every point.  His ability to block for teammates, push other teams back, and slow the attacks of an advancing team is excellent and no one does it better. He is ready for the next semester and is ready to come out swinging.

The Midway is full of talent this year, and they are going to bring it this semester.  It will be interesting to see who comes out on top as the best of the Midway, so many create candidates that have taken over at different points throughout the season.  It will be these individuals’ play this semester that will define where their team will end up at the end of the season.  These individuals are ready to compete and they are going to make nothing easy. The biggest question of all for the Midway is: who will be deemed more valuable between the Zander brothers. Erik or Tomas, time will tell, but I have a good feeling I already know the answer.  Good luck to everyone in the Midway this semester!