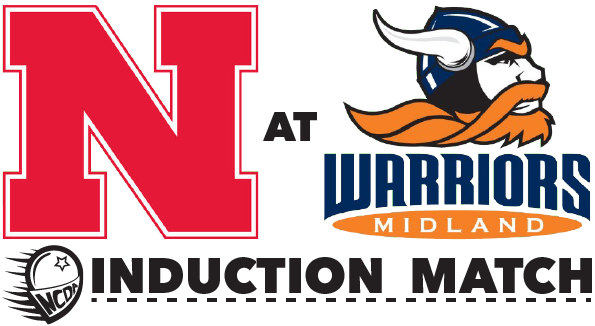 I posted a few questions to Tanner and Anthony about this upcoming Saturday.

ZM: Nebraska Lincoln, what do you think about having a new neighbor?

Tanner Obermeier (UNL): I think having a new neighbor has so many benefits to it. It’ll help us grow as a team, being able to play another team more often than we have ever been able to play. It will help us travel more in the future. We have a few other games set up so far in November. I’m looking to hopefully see us work as a team as now we have our feet wet in playing another team.

ZM: Midland, what are you most looking forward to about this match up?

Anthony Goetz (Midland): I am most looking forward to just having our first match in the NCDA, and showing people that Midland is here to play.

ZM: How many players do you have on the roster?

AG: So far on the roster, we have 12 guys (we did have a girl who ended up dropping out), but we look to have our first match with 12 players from all different types of sports. Baseball players, former wrestlers, track and field athletes, to everybody that just wants to play dodgeball we said: “Hey, come play in the NCDA with us.”

AG: I’m going to go ahead and give a strong prediction that UNL is going to get beat by a first year team. I think that the guys that we do have each have their own little skill, whether it be hard throwing, whether it be fast hands, whether it be quick dodging… I think UNL’s in for a surprise.

Midland will join the Gonzalez System like all new teams, with the initial rating of 40.000, which is just slightly below the current League average rating of 41.064. Since Midland is hosting, they will also receive a +1 boost to their initial rating for the home court advantage, giving them a 41.000 and smack in the middle of our ratings.

In any case, Midland’s rating should be considered provisional until they play six ranked matches against any opponent. This will give the Gonzalez System a chance to adjust their rating properly.

Midland: The first of four

We have 4 teams making their induction matches this weekend: Midland hosting UNL at 12:00p Central, SIUe at UWP at 12:45p Central, and then Gonzaga hosting Oregon State in the Pacific timezone. This is a good excuse to outline how we handle team join IDs when teams join on the same day.

Based on this logic chain, Midland will be the first to play as their Induction Match is scheduled for 12:00pm central and become the 47th school to play in the NCDA. SIUe is scheduled to play DePaul at 12:45pm, becoming the 48th school. Gonzaga will play host, but being two hours behind in the pacific timezone will put them as unlikely to play their double header before 10:45am or 10:00am, so we’ll likely have Gonzaga as #49 and finally Oregon State as the 50th school to play in the National Collegiate Dodgeball Association.

Good luck to all our new teams playing Saturday! I am excited to update our map.