The first tournament of the 2013 calender year is the Chicago Dodgeball Open, hosted by Depaul and Moody at the Ray Meyer Fitness and Recreation Center on Depaul’s campus. Joining Depaul and Moody for the CDO will be Grand Valley, James Madison, Michigan State, and Nebraska. This is the fifth Chicago Dodgeball Open on record, and it is one of the more popular tournaments due to it’s great location and set up. 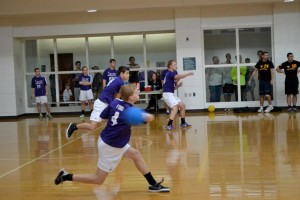 JMU enters the Chicago Dodgeball Open as one of the favorites for the tournament, but they have a lot to prove. After last year’s stunning victory over MSU at Nationals, the Dukes put themselves on the dodgeball map. Their big win this season is over #1 Kentucky (a 2-0 win) but other than that their best result is an overtime loss to Kent State. James Madison is 6-1-1 on the season, good for fourth in the standings, fifth in the RPI, and they have the second best win/loss percentage (behind Kentucky.) This will be their chance to take an even bigger leap, as they will get games against Depaul, GVSU, MSU, and Moody. A 4-0 day for them would likely mean they would move into third place in the NCDA standings, but more importantly it would make them even more intimidating to their future opponents. James Madison is led by captain Chris Hess (#5-C). They are one of the higher scoring teams in the league, averaging 5.85 points per game. However, it will be interesting to see how well they do against GVSU and MSU, teams that this season haven’t allowed more than 4 points in a single game this season. 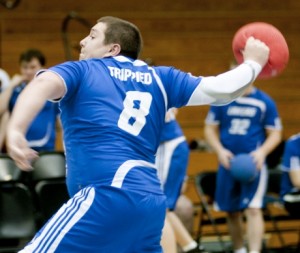 Grand Valley is coming off a major win over rival Michigan State, a thrilling 3-2 overtime win. They are going to try and ride that momentum to a second straight Chicago Dodgeball Open title, and try to keep the title in Michigan (no team outside of Michigan has won the CDO yet.) Led by Mark Trippiedi (#8-C) the Lakers are 4-1 this season, good for 6th in the standings but first in the RPI. Wins over MSU, SVSU, and CMU already this season have established them as the favorite for the Michigan Dodgeball Cup, but they are getting different teams than they’re used to at the CDO. Grand Valley will be getting their first ever matches with Nebraska and James Madison, along with a game against Depaul who they have played twice in the last three seasons. However, GVSU still has the talent and strategy to not let that affect them. 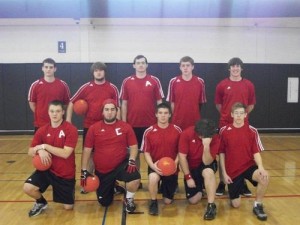 Nebraska is making their second straight appearance at the CDO, but they’re hoping they can improve on their performance of last season. The Huskers went 0-4, but did score some points in those defeats, which is a good sign for a new team. A close result or even a win would be huge for this new program, led by Matt Gonzalez (C). They have a tough schedule however, playing Depaul, MSU, Moody, and GVSU with only one break. These will be the first matches of the season for Nebraska, and it will be interesting to see how much they improved since their appearance at the 2012 Chicago Dodgeball Open. 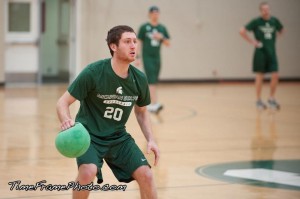 Michigan State is making yet another appearance at the CDO, a tournament they won back in 2006. With a strong group of veteran players, led by Sam Hiller (#87-C), the Spartans are coming in with plenty to play for. With a match against Big Ten foe Nebraska, a chance for redemption against JMU, and a match against Moody, State is looking for a 3-0 day and some momentum going into the Michigan Dodgeball Cup. The Spartans will be without one of their star players in Alex Acton (#72) however, as he is out with a broken hand. This will be a chance for the Spartans to showcase their tremendous depth, and give some players some opportunities to grow. MSU is 7-2-1 on the season, good for third in the standings and second in the RPI. 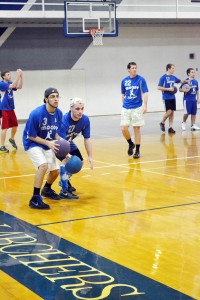 Moody Archers Dodgeball (MAD) has only played two matches all season (both against Depaul) and are 1-1 on the season. They have proven over the last couple years that they are a team on the rise, especially with talented players and a good captain in Jake Ochoa (#3-C), and are looking to make a big first step and knock off a top team. Moody gets games against MSU, JMU, and Nebraska, which should be a good test for the Archers. Moody won 3-2 over Depaul in October, getting revenge for a season opening defeat, 3-1 in September. They lost their captain from last year and arguably their best player in Chad Schlundt, but they return the majority of their roster and should be a tough task for anyone to try and beat.

Depaul does a great job of hosting this event, and the Ray is a fantastic location for a dodgeball tournament. The only Undefeated team in the NCDA, Depaul will have a few opportunities for a second win on the season. Led by Troy Dixon (#25-A), the Blue Demons have shown that they have the talent to beat teams, and could definitely give some people a scare at the CDO. They play Nebraska, JMU, and GVSU. Currently ranked for a tie for the top of the Illinois Region with Moody, this tournament could go a long way to determine who gets that always important top seed for the Nationals Saturday Bracket.